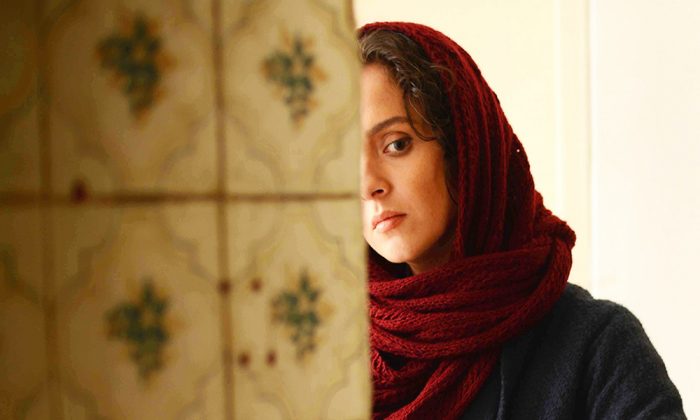 Our annual program of films from Iran, free and open to the public.

About This Year’s Program

As part of the Iran Symposium, the films screened in this year’s festival were selected to provide viewers with a snapshot of Iranian cinematic history in the 40 years since the Revolution and introduce critical questions that have occupied both filmmakers and scholars of Iran over this time span. Many of the films in this program speak to each other on multiple levels, and our hope is that viewers who come to all six screenings will see certain thematic cores emerge. What follows below, then, is a list not of categories for sorting the films, but of propositions we invite the audience to consider while watching them. Each screening will begin with a brief introduction and conclude with a short Q&A.

Many Iranians in exile have devoted significant time and effort to producing and preserving memories of the Pahlavi era and the Islamic Revolution. Academic studies of exile culture have highlighted its nostalgic content, filled with often fanciful representations of the pre-revolutionary past. These memories circulating in exile have operated as ‘counter-narratives’ to official histories of the Pahlavi era produced under the Islamic Republic. In more recent years, coinciding with a series of devastating (and related) political, social, economic, and environmental crises, elites and the masses in Iran have offered reassessments of revolutionary events and significant turning points in the Islamic Republic’s history, sometimes in dialogue with the exile community. Even reconsiderations of the ‘taboo’ Pahlavi era, drawing on new and old testimonies, have enlivened debate between and among politicians, intellectuals, and the general public. Scholars have especially related this growing interest in memories of the past to the passing of the revolutionary moment and growing disaffection with the direction of the Islamic Republic.

Films (and increasingly television serials) have often been at the center of this history-making but also at the center of the debates and controversies over memory as history, raising pointed questions. Specifically, how have different generations experienced the post-revolutionary era? What are the (unintended) carry-overs from the Pahlavi era into the Islamic Republic? What forms of nostalgia for the past are appropriate?

While Western press accounts often refer to the Islamic Republic as “the mullahs’ regime,” scholars have increasingly drawn attention to the role of ‘radicalized’ young men (and women) in the formal and informal institutions that have been critical to its survival.

Not long after the beginning of the Iran-Iraq War (1980–88), filmmakers invented a ‘new’ genre, the “Cinema of Sacred Defense” (Sinema-ye Defa-e Moqaddas), that gave pride of place to the volunteer Basij (“Mobilization”) militia. Its members were depicted as pious youths wholly committed to revolutionary principles, to the extent that they were willing to die for them. Sacred Defense productions comprised about 25 percent of the film catalog in the first decade and half of the Islamic Republic. More recently, filmmakers have asked new questions about the war and reconsidered earlier representations, sometimes through satire. Specifically, what have been the experiences of veterans, the “living martyrs,” returning from the frontlines? What happened to the family and friends that war volunteers and martyrs had left behind? What about the Iranians who were not committed to the Islamic Revolution but also found themselves on the frontlines?

Revolutionary leaders, both religious and secularist, were especially concerned with breaking what they believed to be the West’s economic and political stranglehold over Iran. Many clerics also believed that the path to true independence required the rolling back of Western cultural infiltration in Iran. Scholars in the West connected the revolutionary clergy’s maneuvers to establish the Islamic Republic and ‘institute’ Sharia law to the broader anti-imperialist and nativist sentiments of the time. Many of those scholars have since focused their attention on the dramatic effects that Islamizing the legal code has had on women. While the clergy and their supporters claimed to be saving Iranian women from corrupt Western ways through their legal reforms, their (often female) opponents at home and abroad have argued that aspects of Islamic law have enslaved women and perpetuated misogyny. Veiling, or hejab, has figured heavily in the arguments of both sides.

Apart from a few notable exceptions, women were complementary players in pre-revolutionary cinema, which depicted a world dominated by men. Under the Islamic Republic, filmmakers have paid greater attention to the place of women in Iranian society, with status reorientations (sometimes inadvertently) contributing to women’s self-assertion outside the home and in former male domains. Filmmakers have raised a number of questions related to the public debate over women as saviors or victims of the Islamic Republic. Specifically, can you have a female film hero in the Islamic Republic? If so, what makes a female character heroic? Critics in the West have given special credit to the art cinema for supposedly highlighting the ‘plight’ of women in Iran. In doing so, they have unwittingly reproduced older missionary and colonialist concerns common to critiques of non-Western societies rather than comment on the films themselves. Movies more popular with Iranian audiences have also questioned the effects of post-revolutionary legal and social reforms on women, even giving rise to film genres catering to predominantly female viewers.

Film: No One Knows About Persian Cats (Bahman Ghobadi, 2009)

The overwhelming focus of religious authorities on the outward conduct of citizens has, according to academics and journalists, contributed to intensified state surveillance of public life and a related corruption of the private. The existing literature presumes the public and private to be stable, constant entities. Yet, life in post-revolutionary Iran seemingly points to significant confusions or inversions of the public and private.

Films, both art and popular, have raised a number of questions in relation to these inversions. Specifically, how does the public morality regime reorient now veiled women’s lives? What becomes of formerly male domains once public morality is deemed a state responsibility? Why have children become the face of public life in many post-revolutionary art films? Is it because they are exempt from its rules? What (perverse) effects does the legalist preoccupation with public conduct have on government and business transparency? Or on people’s social lives? To the extent that public life has been turned into a carefully managed performance, are we now forced to look ‘off stage’ to see what is actually happening?

Ayatollah Khomeini and other revolutionary leaders frequently spoke of the Islamic Revolution as one carried out by and for the pious “oppressed” masses against the corrupt and decadent Pahlavi “oppressors.” Although Khomeini adapted the Quranic terms mosta`zafin and mostakberin to describe this conflict, scholars have noted the similarities between his class analysis and analyses found in Marxist literature, which were also in heavy circulation during the revolutionary period. The academic literature has sought to examine this reshuffling of the class hierarchy that seemingly took place after the Revolution and its consequences for members of the educated middle class, whom Pahlavi elites had once envisioned as the model citizens of a modernizing Iran.

Many films, especially those released after the 1980s when revolutionary fervor had noticeably declined, have raised questions about the post-revolutionary remaking of society and its long-term consequences. Specifically, what happens when the oppressed are no longer the oppressed? How can the poor and powerless make demands in an economy and society that is supposedly organized for their welfare and benefit? What is the plight of the educated, cosmopolitan middle class in this new reality? This final question is one that the popular commercial cinema has taken a special interest in, as it had during the Pahlavi era.

Clerics and politicians have over the past four decades created and empowered various government organs to impose at the very least the appearance of ‘correct’ Islamic behavior on Iranians. Scholars have written extensively about the legal and extra-legal efforts to stamp out manifestations of disbelief and unbelief that authorities claimed the previous regime promoted. Some commentators have also drawn attention to official campaigns for the ‘homogenization’ of Islam in Iran and beyond in service of the Revolution’s global aspirations.

Questions have emerged, even among political and intellectual elites, about the outcomes of these various campaigns. Some Iranian films have addressed these questions, especially as revolutionary fervor among the population has declined. Specifically, what crises of faith has the Islamic Republic’s often brutal and uncompromising focus on the outward behavior of Muslims invited? How have more ‘popular’ conceptions of Islam (in which the clergy has had no more than a supporting role) persisted in the post-revolutionary period? What other ‘religions,’ new and old, have competed with the clerically-inspired legalism of the Islamic Republic? Does belief in the Revolution’s principles survive even among political elites?

The curators would like to thank Kathryn Babayan, the sponsors of the Iran Symposium, and the Iranian Graduate Students Association for making this festival possible.