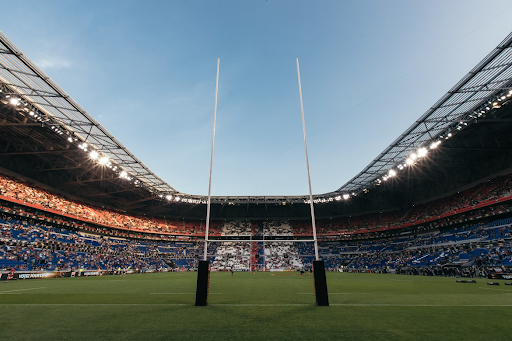 A common trend among sports franchises is to demand brand new facilities, which are to be publicly funded. Teams will often threaten to leave their respective city trying to leverage new and expensive facilities in other places from their current cities. While many do this, it is rare to see a team move as cities often capitulate to the team’s demands. For example, the Buffalo Bills threatened to move to Austin, Texas if the city of Buffalo did not pay for their 1.4 billion dollar stadium proposal (Partain). Even so, cities should not buckle to these threats from teams as, contrary to popular belief, they do not provide worthwhile economic opportunities, despite citing that as evidence for a new stadium. The costs of renovations or new stadiums far outweigh the economic opportunities they bring. This is an unfair use of public funds and can be remedied by cities forcing teams to pay for their new stadiums themselves or by there being more expansion teams so that every eligible city has one.

One of the main arguments in favor of creating a new stadium is that it would create jobs, stimulate consumer spending from those with jobs, and create outside spending from tourists visiting (Zimbalist and Noll). However, “sports facilities attract neither tourists nor new industry” (Zimbalist and Noll).  While counter-intuitive, tourism does not see an increase as the result of a sporting event, as often a similar amount would be spent by that city’s residents in a different city, thus creating no real net gain. This results in cities bankrolling these new stadiums, without bringing much economic benefit back to them. Instead of helping out their city, sports teams hurt their hosts because “none of this revenue goes back into the community” (Berkeley).  Additionally, the money spent on new facilities and sports teams tends to only go to a few with massive salaries (Ex: players, coaches, front office, etc…) with the rest often being low-waged part-time works to maintain the stadium, instead of industries that are substitutes for sports, like other entertainment, where there are more full-timed and better-paying jobs.  This money could instead be spent on public work projects that have a real multiplier effect like by improving infrastructure as that is an investment meant to maximize the benefit to the city and its residents.

Now, this is not to say that there should be no public funding for new stadiums and facilities for sports teams. Sports are a form of entertainment and bring enjoyment to the residences of an area beyond economic benefits. This is not an externality that should be ignored. Losing a sports team causes angst and anger among fans. Politicians are conscious of this fact as they do not want to be blamed for losing their city’s sports team, hurting their popularity and re-election chances.

However, catering to the billionaire owners’ will is not fair to the public. Take the then Oakland Raiders as an example: the Raiders’ value increased fivefold between 2001 and 2015, in part because of renovations to their stadium, yet the city still did not see much revenue come from this (Paulus). Whenever a city gives in to the demand of a team owner, in effect they are primarily increasing the value of the sports franchise, but not the city itself. Despite this, sports teams still leverage their threat to leave. The Raiders still left Oakland for Las Vegas even though they gave in to their demands. The Raiders got a brand new stadium and a better media market, increasing their franchise’s value by moving. It is hard to blame a team for trying to maximize their market value, but cities should not have to aid them in their quest. If and when teams threaten to leave, like then the St. Louis Rams, cities should let them. The Rams relocation to Los Angeles cost their owner and the NFL 790 million dollars as they had to settle with the city of St. Louis (Barker). The money St. Louis won can now be spent on improving their city and they no longer have to pay for the Rams’ facilities.

There is a model for how these sports teams can finance their facilities and make sure that every city profitable enough to support a sports franchise can do so. By looking towards how and when colleges choose to spend the revenues they earn themselves towards building new stadiums, private entities can follow the same model. Additionally, the way antitrust laws are applied to professional sports limits team relocation as well as the number of teams that can compete. Additionally, since leagues are a natural monopoly as people only want to see one team become the champion, whenever a competitor like the XFL pops up, they do not last long (Paulus). One remedy to this would be to change the way relocation and expansions of new franchises work. To fix this, leagues should either be forced to loosen the requirements to regulation, since there is an incentive to lower the number of franchises if you own one, or to require them to expand. This would make every city that could support a sport’s team house one, thus seriously damping down the threat of relocation of teams.  By either requiring a minimum number of teams in each league or by making an independent commission review whether or not a metropolitan area should get a new franchise once it reaches a certain population, every city that can house a team will get one.

Funding new facilities and stadiums is not a wise investment on the part of the cities that host them, regardless of the misleading claims of job creation and economic stimulation. There are better ways to spend this money than on new facilities as they only service the owners of the sports team. Funding towards education and infrastructure offers better ways for cities to spend their money as those improve the life and job prospects of their citizens more. By taking steps to expand the number of teams across all of the national leagues, the threat of relocation goes away, leaving the positive externality that sports bring to a city, but this time at the cost of the billionaires that own them.

Barker, Jacob. 2021, November 31. Next up after Rams settlement: Dividing up the cash.  St. Louis Post-Dispatch. https://www.stltoday.com/news/local/govt-and-politics/next-up-after-rams-settlement-dividing-up-the-cash/article_39e5566e-4e1c-5f4f-84f7-3805d7fff7ac.html