It was another great week with the Little Explorers as we focused on the sciences. They even requested we call them Little Scientists!

On Paleontology day, we learned what Paleontologists studied. We started off with a tour of the Evolution Gallery given by Ms. Brenna. We learned the evolution of mammals and mass extinction events. After learning about the various animals that roamed the Earth, we became Stegosaurs through our Stegosaurus Back Plate craft. We finished the day with Dinosaur songs where we learned about how big Stegosaurs, the T-rex, Velociraptors, the Apatosaurus, and Triceratops were along with what they ate and how they survived! 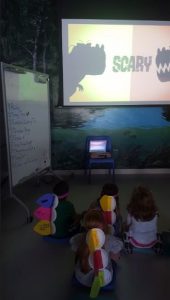 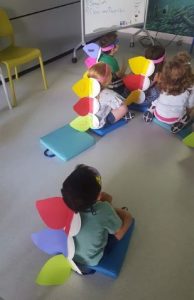 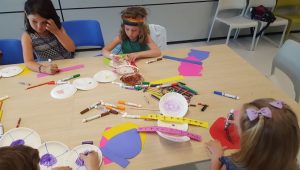 Tuesday was Astronomy day. The Little Explorers became Astronomers and studied Space! The day started with a Planetarium show called Larry Cat in Space about a cat who becomes an astronaut and lives on the moon. After the Planetarium, the children learned about the planets through the Sun hat and Planet belt craft. They became the Sun and the planets revolved around them. They then recreated the Moon using shaving cream and glue and used their fingers to make the craters! 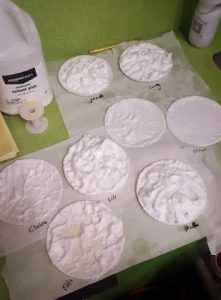 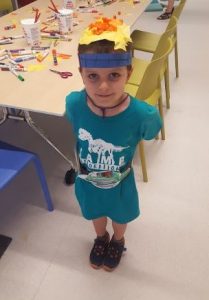 On Biology Day, the children learned the four main components of blood: plasma, red blood cells, white blood cells, and platelets through the use of a sensory bin! We then made a “beating” heart using straws, pipe cleaners, and plastic bags. When they blow into it, it resembles a beating heart when blood pumps through. After learning about our most vital organ, the Little Explorers learned about the human skeleton through the Mr. Bones puzzle and the Skeleton Dance! 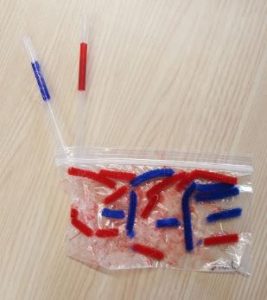 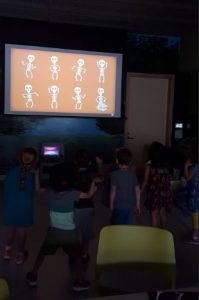 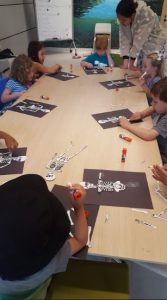