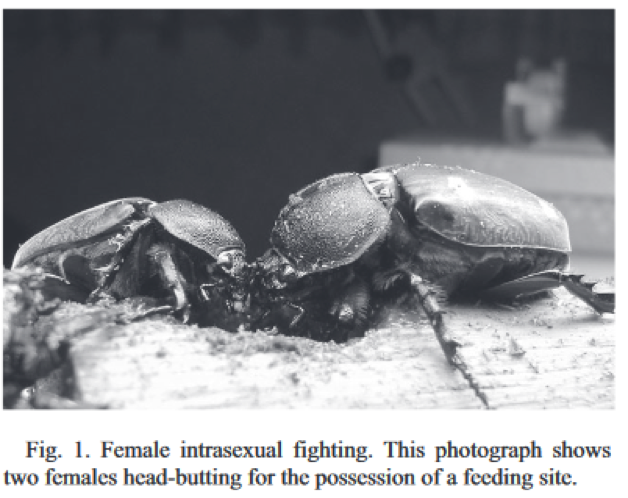 Traits associated with homosexuality in birds

The first paper discussed examined factors that possibly influence or maintain same-sex sexual behavior in many bird species. This is an attempt to answer a wider question in the literature: What adaptive value, if any, does interacting sexually with an individual of the same sex provide if the behavior does not directly contribute to an individual’s fitness? To answer how same-sex sexual behavior is maintained in many bird species, the authors compared different mating strategies and the developmental stage of offspring at hatching. Mating strategies range from socially monogamous, where two individuals mate for life and rely on each for other things like nest building and gathering food, to obligately polygamous, where individuals come together only to mate and mate with multiple partners.

For materials and information on teaching sex- and gender-related topics in biology see www.projectbiodiversify.org/sex  Reposted with permission and with the caveat that these posts are several years old and Project Biodiversify and other efforts like Gender Inclusive Biology and other LBGTQIA2+ people are always working to improve and update.