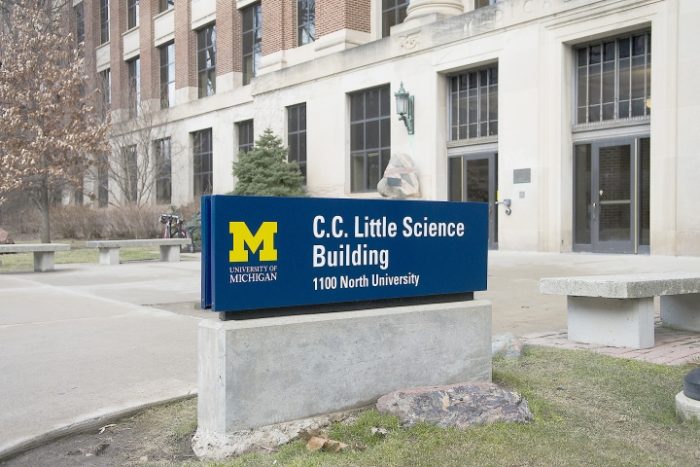 In January 1928, Clarence C. Little delivered an address at the Third Race Betterment Conference in Battle Creek, Michigan, on the strides being made by scientists committed to the ideas and objectives of eugenics. Espousing the belief that society could and should be improved by stimulating the breeding of the “fit” and regulating the reproduction of the “unfit,” Little asserted, “many people are born more or less defective, in one or another of their constitutional elements, and in the correction of these deficiencies we are making real advances.” Little’s perspective was typical of elite men and women of that era who sought to apply basic models of biological heredity to humans in order to “better the race.” In the early twentieth century, eugenics and race betterment meant the demographic expansion of white able-bodied Americans with roots in Northern and Western Europe and the restriction – through immigration bans, spatial segregation, and reproductive control – of everybody else.

Little conveyed this message in Battle Creek as the president of the Third Race Betterment Conference and as a member of the Board of Directors of the American Eugenics Society. He also spoke as the sixth president of the University of Michigan (1925-1929). Indeed, Little used his prestigious position to recruit eugenicists from around the world to this gathering. By the following year, Little had resigned, largely due to a prickly and ineffective administrative style that won him few supporters.

Despite his short-lived tenure University of Michigan, association with American eugenics, and a sparse record of accomplishments, the regents voted to name the East Medical Building after C.C. Little in 1968, as part of a concerted effort to recognize previous university presidents. Even though the late 1960s was a time of tremendous social activism, this eponymous act generated virtually no protest. The sole opposition came from the Chair of the Geology Department whose disliked the fact that the building would be named after a scientist trained in a field whose department was located elsewhere on campus.

Thanks to the research of Joshua Hasler, an honors student in history, who has spent many hours in the Bentley Historical Library, we now know much more about Little’s life and legacy. We can better evaluate if, close to four decades later, the time has come to wipe away Little’s name from a prominent building on central campus. The Principles for Building Renaming recently issued by the U-M President’s Advisory Committee on University History can serve as a guide to ensure that pedagogy, historical contextualization, and institutional value setting inform decisions about renaming this building.

Little’s career in Ann Arbor began in 1925 after a stint as the youngest incoming president at the University of Maine. Born in Massachusetts in 1888, Little obtained his D. Sci in Zoology from Harvard, and made contributions, over the arc of his career, in the areas of transplant rejection, mouse genetics, and cancer genetics. At U-M’s helm, Little implemented few if any innovations. Perhaps the most notable was the establishment of “Welcome Week,” which he launched as “Freshman Week,” to orient incoming students. Several of his other signature proposals, such as creating a “University College” that he hoped would function essentially as a “Great Books” residential college for students, was rebuffed by most faculty.

Yet, while acting as U-M president, Little accomplished a great deal in his primary area of interest, eugenics. He was a member of the American Eugenics Society’s Board of Directors and Committee on Formal Education, which strove to introduce eugenics into sciences and social sciences courses. By the late 1920s, nearly 400 university classes included eugenic content, partially due to Little’s efforts. He devoted much of 1927 to organizing the Third Race Betterment Conference. In addition to his lecture, there were dozens of presentations including “The Menace of the Melting Pot” by Albert Johnson, a congressman who had cosponsored the 1924 National Origins Act, which set restrictive quotas on immigration to the United States based on country of origin. Emboldened by the landmark U.S. Supreme Court decision Buck v. Bell (1927), which upheld the constitutionality of Virginia’s eugenic sterilization law, two talks focused of the benefits on eugenic sterilization in California and Michigan.

It is easy to condemn the past and to denounce Little as a card-carrying eugenicist. A quick review of intellectual leaders in the first decades of the twentieth century reveals that Little was not unusual – his counterparts at Stanford and Harvard were avowed eugenicists, as were many of the most esteemed faculty at universities ranging from the Ivies to land grant universities to liberal arts colleges. Little was a man of his times – eugenic times – in which the nation’s white male elite regularly endorsed ideas and policies that today seem patently racist, sexist, discriminatory, and starkly at odds with meritocratic understandings of education and society.

Even if Little was representative of the historical era in which he lived, that does not mean his name should stay. Indeed, arguments about past leaders who maintained characteristically wrong-headed ideas and the concomitant protection of venerable institutional traditions fall short. The recent wave of building renamings at universities around the country demonstrates that there are instances in which revision is warranted. The protracted struggle at Yale University over Calhoun College – named after seventh university president and white supremacist James C. Calhoun – underscores that place-names can symbolically re-inscribe social inequality on a daily basis in ways that are distressing and even traumatic. If universities seek to be welcoming places for diverse groups of students and to live up to their own purported values, then sometimes the nomenclature of the built environment needs to change. How can an increasingly multiracial student body be asked to live, study, and develop in spaces named after powerful men and masters who oppressed and excluded people of color, women, and other vulnerable groups in the not-too-distant past? Are these the “traditions” that we want our institutions of higher education to uphold?

Thoughtful responses to these kinds of questions have prompted renamings at the University of North Carolina-Chapel Hill, Rutgers University, and Georgetown University, to name a few. University of Maryland President Wallace D. Loh aptly explained the renaming of the Harry C. “Curley” Byrd Stadium to Maryland Stadium due to Byrd’s staunch opposition to racial integration: “The values of the past are no longer the values of today.”

Assessing Little’s close involvement in American eugenics alongside the University of Michigan’s closely held values of diversity and non-discrimination suggests strongly that his name should be removed. The “Michigan difference” should manifest itself boldly through the renaming the C.C. Little building, the forthright contextualization of Little’s biased and problematic ideas, and the initiation of a process to identify a meaningful replacement for a heavily-trafficked campus building.

Alexandra Stern is a Professor of American Culture at the University of Michigan, and holds appointments in the Departments of History, Women’s Studies, and Obstetrics and Gynecology. Her research has focused on the history of eugenics, genetics, society, and justice in the United States and Latin America. She has also written about the history of public health, infectious diseases, and tropical medicine. Through these topics, she has explored the dynamics of gender, sexuality, race, ethnicity, disability, social difference, and reproductive politics.