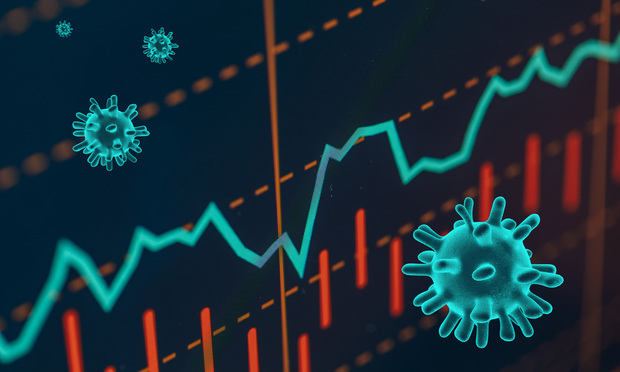 When the COVID-19 pandemic broke out in the United States in the early months of 2020, nobody understood the true magnitude of the effects that the pandemic would have on the country. The pandemic is a public health crisis — as of November of 2021, the total number of recorded cases in the United States is approaching 50 million and the total number of deaths currently sits at 771 thousand. (Statista). The pandemic also ravaged the nation’s economy and established a nationwide economic crisis throughout the country. Furthermore, the impact of the pandemic on our nation’s industries and businesses will shape the future of the domestic economy for years to come.

Citizens of the United States were struck with job losses and subsequent loss of income as a result of the outbreak of the pandemic. There was a double negative impact on businesses — states imposed lockdowns and several regulations on businesses, but also the general public aimed to avoid public areas due to the health risks which resulted in little business for companies. As a result, many Americans either lost their jobs or found it increasingly difficult to find work. The graph below, taken from the United States Census Bureau, displays that as a result of the pandemic, a significantly smaller percentage of the United States population was either fully or partly employed than in years past. The pandemic erased more than ten years of consistent employment growth in the United States population. (Udalova).

The pandemic heightened inflation rates and also resulted in a decrease of GDP growth rate of 31.4%, which Forbes claims is a decrease in GDP growth that has not been seen since the Great Depression. Furthermore, during the pandemic, unemployment hit its highest rate since the World War II era. (Patton). These changing numbers were extremely concerning during the height of the pandemic and reflect the impact of the pandemic on the economy. The changes are an indication that the economy is extremely volatile, and unpredictable situations can have long-reaching effects on the country’s economy.

Aside from the negative effects that the pandemic has had on economic figures such as unemployment and GDP, it is important to note the effect that the pandemic has had on how business is conducted domestically. As a result of the pandemic, countless businesses were forced to move to an online setting — that is, conducting business meetings through online interfaces such as Zoom and Bluejeans. For much of the pandemic, this was the new normal for employees. Today, as vaccines have been rolled out in greater quantities, employees are beginning to return to the workplace. As a result, the use of online meeting platforms has decreased and life has started to feel more normal as of recent. Nonetheless, companies now have a much greater reliance on technology and online platforms than they did at the beginning of the pandemic. Furthermore, many companies have chosen to not return to in-person work and have continued to conduct business online. Compared to just five years ago, companies are far more digital than ever before, and these new online forms of business and communication will continue to be prevalent in the field of business for years to come.

In the fog of the devastating health effects and the horrible outcomes for the United States economy, businesses turning to more remote and online tactics is a brighter outcome of the pandemic. With more and more activities being conducted in cyberspace, an argument can be made that conducting business online can help save the United States economy and can be fruitful for many present day industries. Take the food industry, for example. Whether it be due to health concerns or plain ease, there is an increasing number of people that prefer to order their food online through delivery services such as Uber Eats and Doordash. Thus, the more that companies within the food industry streamline their online resources and create interfaces that promote online shopping, they open themselves up to a new database of customers. If businesses across several industries become more in tune with the modern times, it will open up an avenue for them to become more profitable for themselves as well as the United States economy as a whole.

The United States economy took a devastating hit as a result of the COVID-19 pandemic — unemployment rates rose and the GDP growth rate of the country slowed dramatically. Despite this, there is optimism that new business strategies and the new landscape of business will become extremely profitable for the United States domestic economy in the coming years.