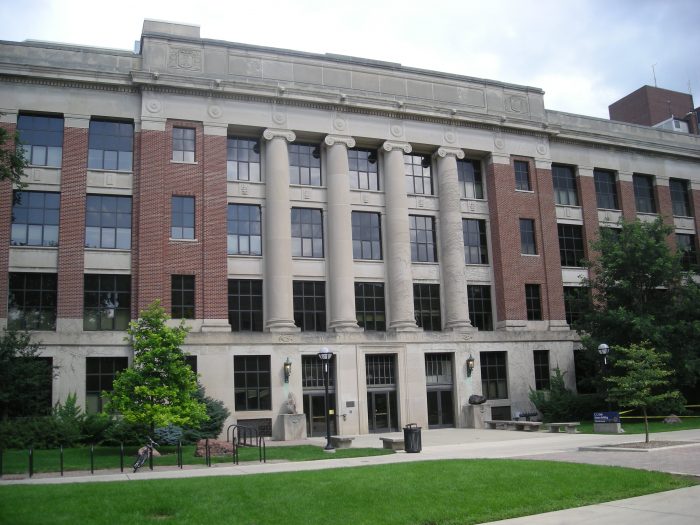 In order for the wheel to turn, for life to be lived, impurities are needed, and the impurities of impurities in the soil, too, as is known, if it is to be fertile. Dissension, diversity, the grain of salt and mustard are needed: Fascism does not want them, forbids them, and that’s why you’re not a Fascist; it wants everybody to be the same, and you are not. But immaculate virtue does not exist either, or if it exists it is detestable.

Historically, people become obsessed with perfecting their bodies when they feel least capable of affecting anything else. The popularity of yoga swag, clockwork mindfulness, and allegedly “performance-enhancing” drugs and supplements reflects this tendency in our own time. As social historian Christopher Lasch wrote decades ago, people aspire to be “survivors” when they have minimal hope of being anything else. Today, there are whole television networks devoted to “survival” shows—whether “naked and afraid,” or fitted out with assault weapons and well-stocked bunkers. In an “age of diminishing expectations,” as Lasch wrote, especially the diminished expectation of being able to effectively ad collectively work against economic, environmental, and political catastrophe, people withdraw into a kind of eugenics of the self. They hope that a healthy mind and body—rid of “toxins” and “impurities”—will enable them to ride out the storm.

I believe that today’s “wellness” crusade bears comparison with America in the 1920s. In those years, non-Nordic, Anglo or Aryan immigrants—along with the allegedly “disabled” the genetically “other”—were the threatening gluten. Now, as then, those with chronic disease (neither definitively well nor ill) or who, in other ways, suffer beyond the ministrations of either conventional or non-conventional medicine, are permanent outsiders. As Goffman wrote in his classic work on stigma, they are, indeed, not viewed truly human. They may be pitied. They may be sanctified (e.g., the “blind seer”). Either way, they are quarantined. Either way, they are the alien, the not us.

This is a key part of the context in which we engage the current debate about renaming the C.C. Little building. Like many in his class and background—including ardent eugenicist Victor Vaughan, Dean of the UM Medical School for whom a campus building is also named—Little understood eugenics as a public health initiative; one that captured the aspirations of many (capital P) Progressives of the era. The weak, the “defective,” the allegedly “disabled” needed to be weeded out for their own sake as well as for the sake of the “herd.” SCOTUS Justice Oliver Wendell Holmes, considered a “liberal” in the context of the day, provided the definitive legal rationale for involuntary sterilization in the 1927 case, Buck v. Bell.  Holmes wrote: “The principle that sustains compulsory vaccination is broad enough to cover cutting the Fallopian tubes.”  Better known is his decision’s punchline that “three generations of imbeciles is enough.”

As always, legal principle works itself out in the context of the actual social world. And so, for example, three-quarters of those involuntarily sterilized in Michigan were women (as follows from the invocation of Fallopian tubes). In many states, African Americans were much more likely to undergo involuntary sterilization than whites. The rural poor were also particularly vulnerable.

C. C. Little was, in principle, a Holmesian. While he also supported the draconian anti-immigration laws of the 1920s, he did not share the explicitly white supremacist and anti-Semitic convictions of eugenicists like Madison Grant, whose best-selling The Passing of the Great Race advocated the ghettoizing and eventual dying out of “worthless race types.” Grant’s book was the first English-language text translated in Nazi Germany, and Hitler personally wrote to Grant thanking him for “my bible.”

Forced sterilization and old-school eugenics are now anathema—one result of Nazi history. Nevertheless, in a culture in which health has become a virtue, a sign of being among the “elect” within the contemporary Calvinism of Wellness, it is harder for us—if we are honest—to differentiate ourselves from earlier adorations of “purity.” While we no longer forcibly sterilize those we consider “defective,” their general stigmatization, isolation, and separation from an illusory “normal” results in a kind of social death, with wounds and shame of its own.

At core, the debate about the C.C. Little building is less about changing a name than opening doors and windows. Likewise, it is about rejecting “purity”—as defined by race or health—in favor of the uncertainty, messiness, and multiplicity inherent in a humane and democratic common life.

Henry Greenspan is a consulting psychologist, playwright, and oral historian in LSA’s Residential College who has been interviewing, writing about, and teaching about Holocaust survivors for over forty years.  He is a former Fulbright Research Chair and author, most recently, of On Listening to Holocaust Survivors: Beyond Testimony.