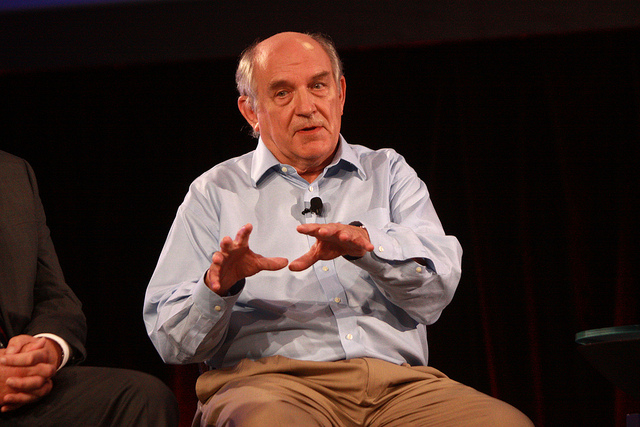 Over the past several years, universities have sought to maintain campus environments that support free speech and diverse dialogue while keeping concerns about student safety and safeguarding the welfare of minority students at the forefront. Finding the right balance can be challenging, as we have seen on many college campuses. The upcoming lecture by Charles Murray is a student-organized event that raises these issues at UM.  While we support the right of students to invite credible spokespersons for diverse perspectives, we also must point out that the very act of inviting someone like Murray, who has been a prominent proponent of positions suggesting the intellectual inferiority of African Americans, Latinx, and working-class people, has meaning and can seem to be a particular insult to those members of the UM community who represent identities he has disparaged.  Murray’s views are well known and have changed little in the last two decades.  Inviting him, therefore, reads much more like sanctioning his positions than imagining a vigorous debate over them, and can seem to be yet one more indication that the UM community does not wholeheartedly welcome diversity. We thus stand with students who might voice protest against Murray’s theories of racial difference and object to his presence on the campus.

As faculty who have examined Murray’s work from the perspective of social science, we would like to provide context for understanding some of his ideas and why they are problematic. In this letter we offer scholars’ understandings of Murray’s claims in order to stand with those in our community and around the country whose lives are denigrated by his writings and speech.

Murray’s writings, dressed up as academic scholarship, are at heart ideological justifications for the disenfranchisement of African Americans, Latinx, immigrants, working class and poor whites.  His claims that intelligence is inherited, that it is predictive of one’s place in the social order, that intelligence differences by social group  justify inequality, and that there is little social policy can do to lessen social inequality have been debunked by decades of social science research.  Examinations of his data find them wrong and lacking in scholarly integrity (Fischer et al. 1996, Wilson 1987). As Murray arrives on our campus to share his ideas, we as scholars find it important to offer this context for his claims and to stand against them.

First, soon after the publication of Murray’s The Bell Curve, journalist Charles Lane tracked down the “scientific” sources that Murray relies on to build his argument that those at the bottom of American society are there fairly because they are by nature less intelligent, and (as he continues to argue in current work) there is nothing social policy can or should do about it. Lane found that Murray relies on articles published in Mankind Quarterly, a journal whose history and reputation were grounded in racism and anti-Semitism. Many of the authors cited in The Bell Curve had funding from the Pioneer Fund, which has pushed white supremacist positions.

Second, the social science does not support Murray’s claims. Inequality by Design: Cracking the Bell Curve Myth, by Claude Fischer and five other sociologists at the UC Berkeley, concluded that Murray’s work “is wrong statistically, that it is even more profoundly wrong logically and historically, and that its implications are destructive.” (Fischer et al. 1996, p.13-14).  Murray claims that lower income people, especially African Americans, are at the bottom rungs of American society because they belong there. He claims they are less intelligent, less hard working, less moral than those at the top. He individualizes and naturalizes success in the American system.  However, Fischer and colleagues reanalyze the very same data Murray relies on to make such claims and by disaggregating his social class variable and adding four more social-environmental variables to the analyses (community environment, educational history, etc.)  they demonstrate that social environment, not intelligence, explains poverty in these data. Fischer and colleagues conclude that, “Inequality is not fated by nature, nor even by the ‘invisible hand’ of the market; it is a social construction, a result of our historical acts. Americans have created the extent and type of inequality we have, and Americans maintain it” (Fischer et al., 1996, p.7 italics in original).

Decades of social science research, including cross-national comparisons, find that inequality is not natural but social and can indeed be lessened by social policy (Reardon and Owens 2014). For example, economist Rucker Johnson, Associate Professor in the Goldman School of Public Policy, UC Berkeley, using data from the Panel Study of Income Dynamics (PSID), explored the consequences of school desegregation for cohorts that experienced both racially segregated and integrated schools. He found that “for blacks, school desegregation significantly increased both educational and occupational attainments, college quality and adult earnings, reduced the probability of incarceration, and improved adult health status; desegregation had no effects on whites across each of these outcomes.”

We stand with those in our community who are working to eliminate inequality on campus and across the country. As sociologists we understand that collective effort is necessary to create a more just social world for all.

Resources for Further Reading and Teaching

Nisbett, Richard E. Intelligence and How to Get It: Why Schools and Cultures Count.  New York, NY:  WW Norton and Co.  2010.