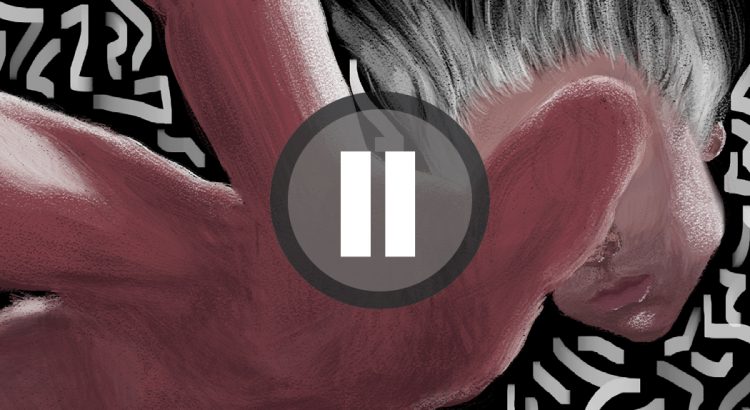 We have an obsession with monsters. We’re raised with fairy tales, forced to keep our night lights on in fear of the goblins, dragons, and monsters under our beds. Modern monsters, though, aren’t as visually distinguishable. Shrek, an ugly ogre, wins the heart of a princess with his genuine personality; best friends Mike and Sulley save Boo’s life rather than scare her. The Twilight Saga and shows like Teen Wolf, The Vampire Diaries, Chilling Adventures of Sabrina, and True Blood romanticize the once terrifying creatures, instead creating teen heart-throbs.

I binge-watched the majority of these shows/movies during the teen supernatural craze in the mid-2000s and wondered what kept drawing me back. Why was this craze so enticing? What part of our nature makes us so inclined to invent monsters? After reading Jeffrey Jerome Cohen’s Monster Culture (Seven Theses), I was both mind blown and thoroughly confused. I wrote this guide to clarify what Cohen wrote to scholars in a language perhaps easier to digest, for all of my fellow Edward/Jacob lovers who got sucked into the craze. Why were you (and I) so enamored with sparkly vampires?

My guide uses Cohen’s theses as a base but further explains our fascination with monsters and their embedding in societal structure. Monsters are all around us. Constantly evolving and invented to alienate those who don’t follow our cultural norms. They don’t exist in singularity; monsters serve a purpose – to defy our categories and allow us to explore new possibilities – making them simultaneously monstrous and desirable. Read my guide to better acquaint yourself with the monsters in your screens, the monsters filling your pages, and maybe even the monster next door. You’ll better understand them and at the same time better understand yourself.

Jeffrey Jerome Cohen, an academic of medieval studies, lays out seven theses in Monster Culture. He guides scholars on how to read monsters and the cultures they both shape and are shaped by. Monsters are pure culture and exist “only to be read” (Cohen 4). They are Other and exist Beyond, policing the borders of our societal norms. As much as we may try to push them away, they always return, bearing “self-knowledge, human knowledge” because we – humans and monsters – are intrinsically connected (Cohen 20). But what makes Edward Cullen, Scott McCall, Stephen, Damon, and all of the others so enticing? We lovers of these teen supernatural heart-throbs should be most concerned with three of Cohen’s phenomena. They’re cunning escape artists: continually evading punishment and evolving to our cultural movements. They’re monstrous hybrids: refusing easy categorization and existing Beyond. They’re bad boy hotties: exposing that “our fear of the monster” that “is really a kind of desire” (Cohen 16).

Since monsters represent culture, they are forever retold, returning in different places and time periods to evolve to each contemporary setting. Every teen supernatural show/movie has a similar plot and composition of the monster because they embody the high-school culture, at least a glamorized version of it. But there is always some twist that keeps us watching. The monster holds an air of familiarity, yet provides us something new. Edward Cullen may look like a normal student, but his skin is cold to the touch, he sparkles in the sunlight, and (let’s be honest) is way too hot to still be in high school. Cohen presents examples of different vampire stories over time, in each of which “the undead returns in slightly different clothing, each time to be read against contemporary social movements” (Cohen 5). Bram Stoker’s count has transgressive but compelling sexuality, Anne Rice created the pop culture phenomenon “in which homosexuality and vampirism have been conjoined”, and Francis Coppola’s Dracula was put together at the same time as his AIDS documentary (Cohen 5). Vampires live worldwide, yes, but don’t expect to find a perfect epiphany. We love watching because every show/movie holds something to be imagined and a monstrous mystery to be unspun. Monster theory is a “work that must content itself with fragments (footprints, bones, talismans, teeth, shadows, obscured glimpses” (Cohen 6).

Monsters aren’t easily categorized and bring about a third space crisis. They are hybrids, refusing to fit into our world. Hope Mikaelson in The Vampire Diaries is a tribrid daughter of an original vampire and a witchy werewolf. She doesn’t fit into any of the supernatural communities and makes her own. Monsters exist beyond our reality, our visible world, and don’t follow societal prescriptions or norms. Thus, they offer an escape from our insulation: “an invitation to explore new spirals, new and interconnected methods of perceiving the world” (Cohen 7). As binge-watchers of the teen supernatural genre, we crave this escape. We watch to be pulled into a new world and reimagine ourselves with powers to do all of the things we’re forbidden from. We are all hybrids of identities, but we want to be like Hope – a powerful badass tribrid. Monsters completely break apart our binary thinking. They cannot be categorized into our societal system, cannot be understood by our logic, and this is why we are intrigued by them. We’re attracted by the brooding bad boy who doesn’t fit in. Their differences don’t exist in singularity, they compound and complicate. Because of this discontinuity, the monster poses a threat. We can’t fully figure them out. Monsters aren’t created out of nothing and the more fragmented and recombined, the greater danger they become. Since we crave adrenaline, we like monsters’ differences. The more complicated and powerful, the more attractive, the better, and the more we eagerly press play.

Teen supernatural shows and movies all feature the same storyline: the mysterious, attractive teen in your high school is secretly a vampire, werewolf, or witch…and they have a thing for you. This “simultaneous repulsion and attraction” is what makes monsters of the teen supernatural craze so enticing (Cohen 17). The monster can do what society deems forbidden, and so it attracts our rebelling nature. We crave its freedom, even if we don’t want to admit it to ourselves. Watching The Vampire Diaries, Twilight, Teen Wolf, etc. “evokes potent escapist fantasies” (Cohen 17). Monsters serve as “an alter ego, an alluring projection of (an Other) self” (Cohen 17). We live vicariously through them, exploring new fantasies and possibilities that we couldn’t regularly in our world. Where monsters live “are more than dark regions of uncertain danger: they are also realms of happy fantasy” (Cohen 18). This fear/desire complex is because we know how the genre works. We understand monsters, watching “the monstrous spectacle because we know that the cinema is a temporary place” (Cohen 17). It’s also partly because the genre is often mixed “with a liberal dose of comedy” (Cohen 18). Stiles Stilinski in Teen Wolf constantly jokes with his best friend Scott, relieving us from the heart-pounding trouble they always seem to get into.

So why do we keep watching? What makes us teens in particular so glued to our screens? These monsters live in a place that’s both far away and close to home. We know what high school is like, but enjoy seeing a glamorized version of it. Our teenage years are a very sensitive time: we’re constantly struggling to fit in and wanting to feel special. Watching monsters that don’t need to fit into our suffocating categories allows us to fantasize. These shows and movies we love create teen heart-throbs that we can’t get enough of. We feel for the so-called villain and perhaps even want to be them. Teen supernatural monsters offer freedom and escape. With all of the rules and structure, we have to follow, we desire doing what’s forbidden. So, Twilight lover, Stephan, and Damon fanatic, binger of Teen Wolf, why do you love monsters? 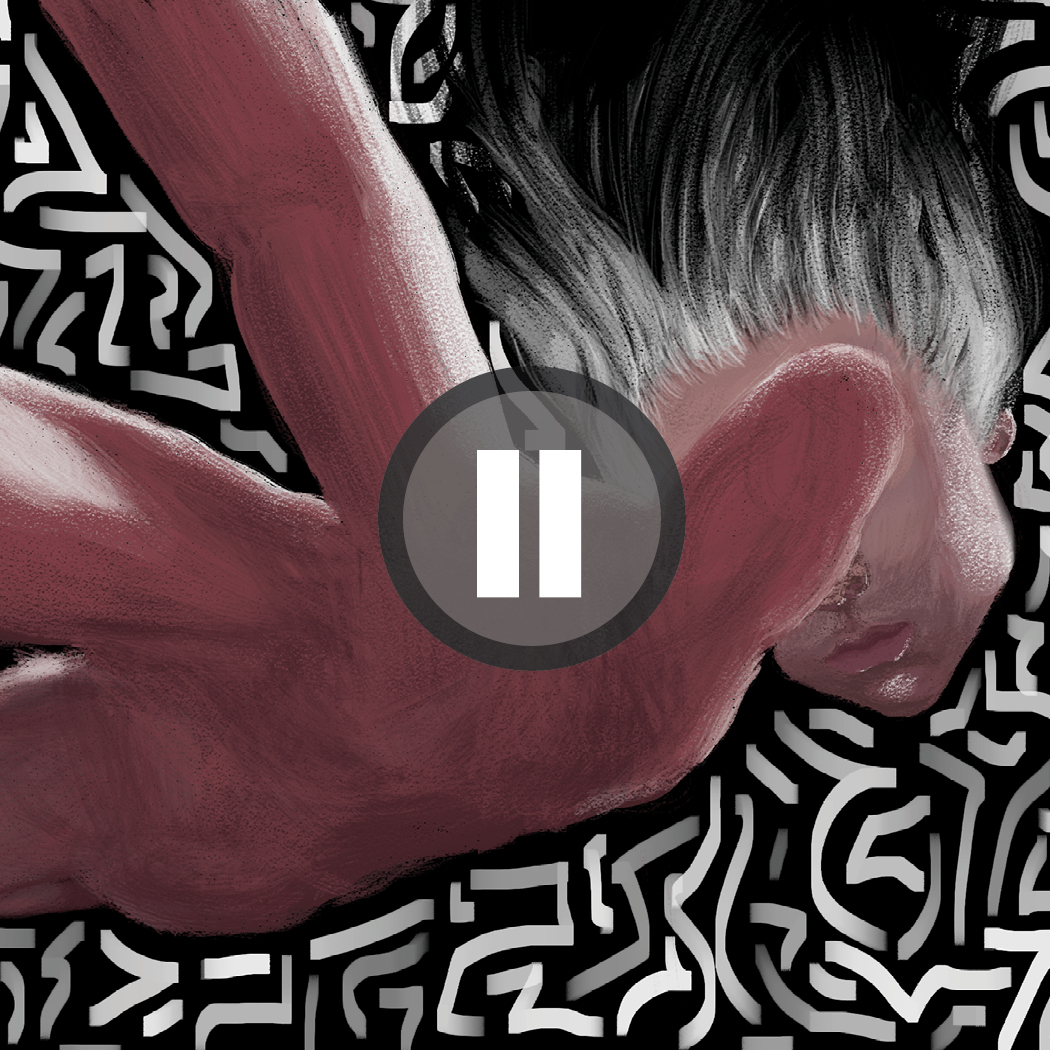 Natalie Lyijynen is double majoring in Program in the Environment and Biology, Health and Society. She loves supernatural tv shows, which inspired her to write about monster theory. Her work aims to connect the sciences and arts and she plans to use these skills in the future, pursuing environmental law.