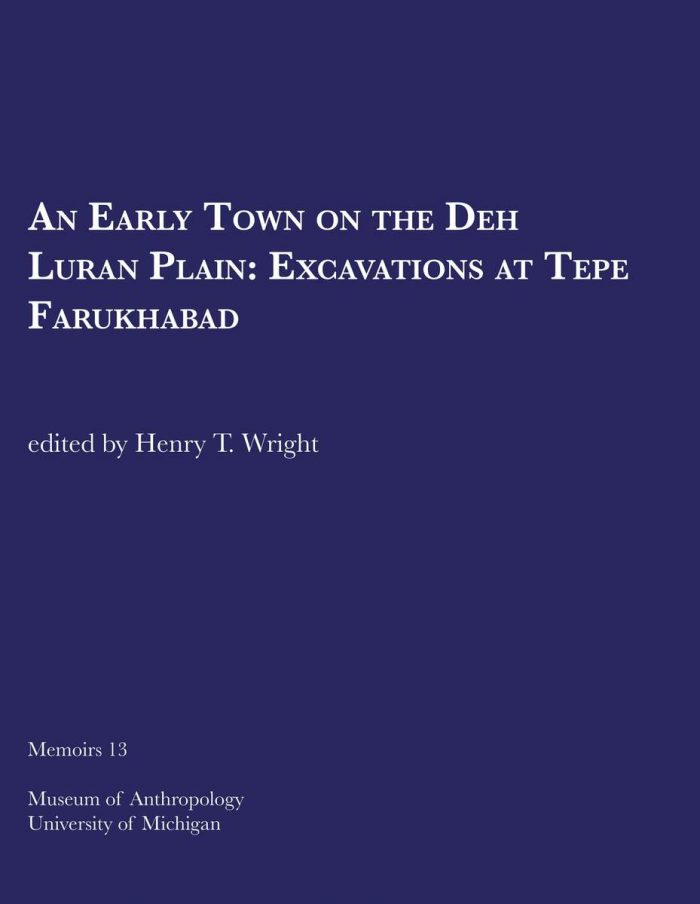 The site of Tepe Farukhabad, in southwestern Iran, dates to the fourth millenium BC. In this monograph, editor Henry T. Wright presents archaeological data from the Tepe Farukhabad excavations. For each phase of the site, the authors give detailed descriptions of the structures and artifacts, including ceramics, stone, bone, metal, textile, and faunal remains. With his interpretation of this data, Wright advances our understanding of early exchange in southwest Asia and of development of early states.

See related books:
Elamite and Achaemenid Settlement on the Deh Luran Plain: Towns and Villages of the Early Empires in Southwestern Iran, Memoir 47, edited by Henry T. Wright and James A. Neely.
Early Settlement and Irrigation on the Deh Luran Plain: Village and Early State Societies in Southwestern Iran, Technical Report 26, by James A. Neely and Henry T. Wright.