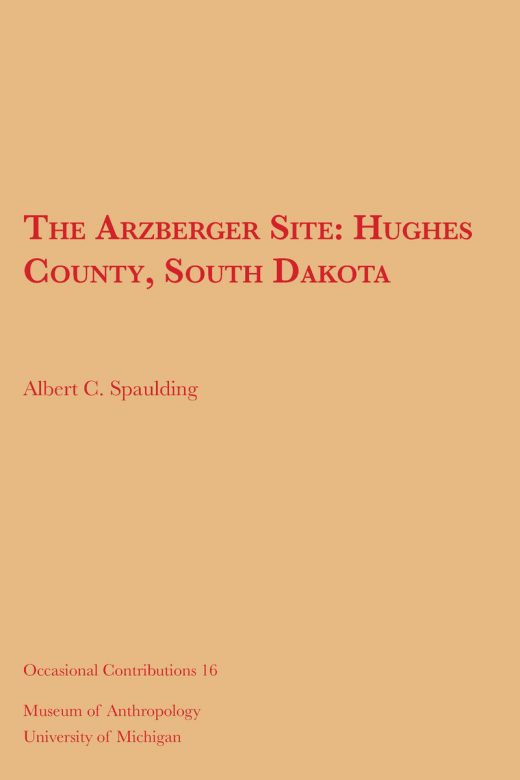 In this report, Albert C. Spaulding describes the 1939 archaeological excavations at the Arzberger site, in Hughes County, South Dakota, near the Missouri River. 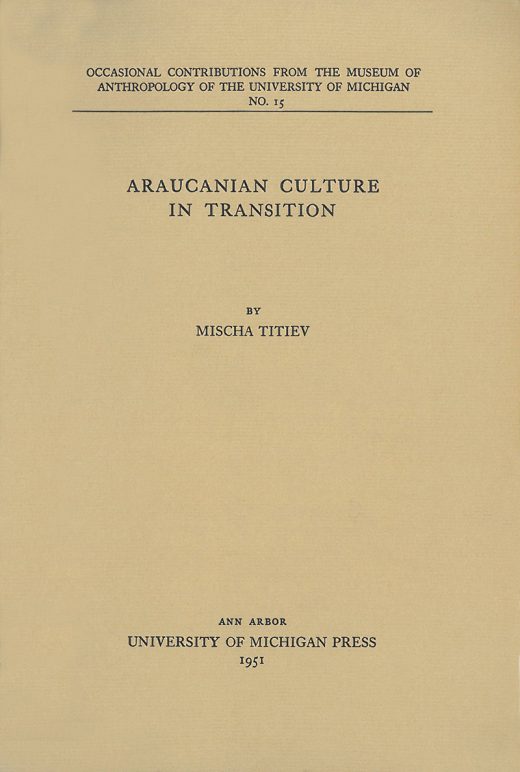 In this classic work, renowned anthropologist Mischa Titiev presents his research on the Araucanian tribe of Chile. Based on fieldwork he did in 1948, he describes many aspects of the Araucanian culture, from land use and kinship to ceremonies and games. Illustrated. 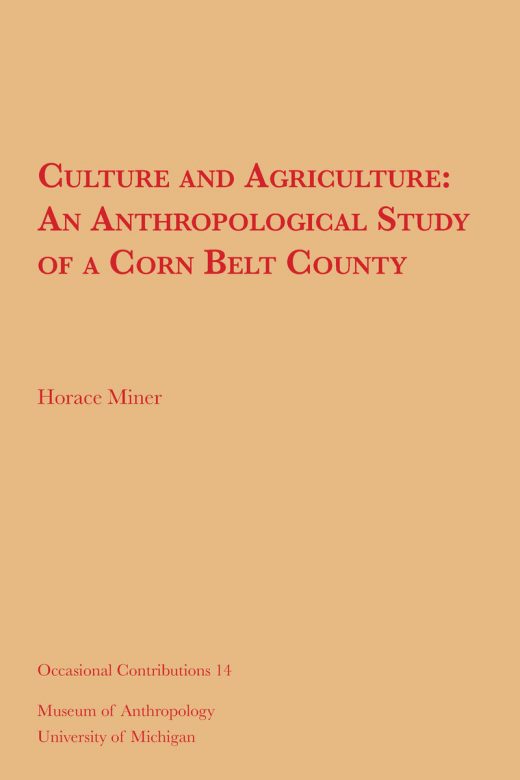 In 1939, Horace Miner lived for four months in Hardin County, Iowa, in order to carry out an anthropological study of farm life. This slim volume contains the results of his fieldwork. 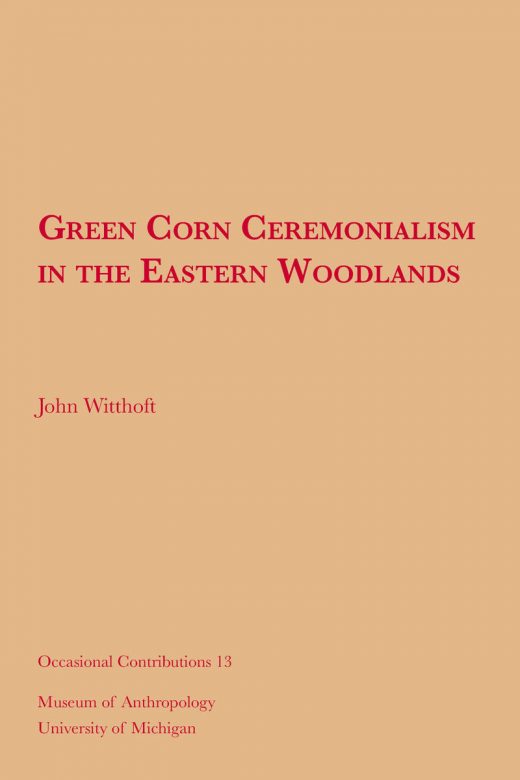 Many tribes of the United States, including the Algonquin, Delaware, Iroquois, and Cherokee, held a festival to celebrate the time of year when corn was first ready to eat. John Witthoft here describes the green corn ceremonies as they were practiced by these and other tribes, based on the notes and records of early European observers. 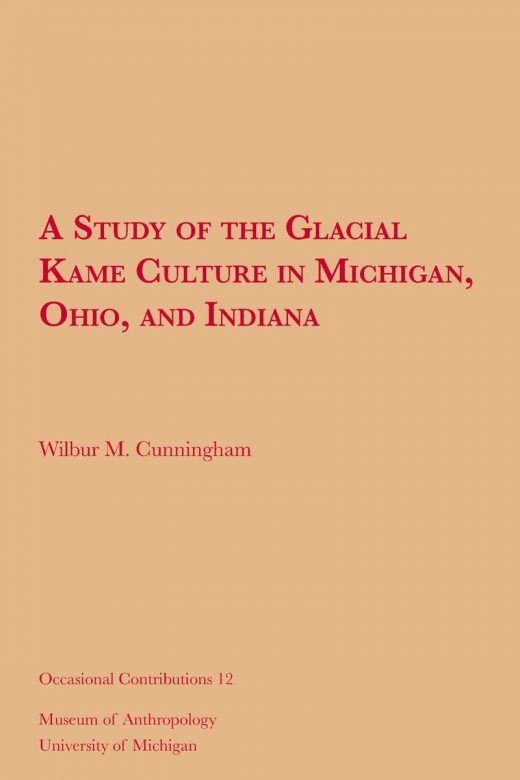 Wilbur Cunningham presents data on artifacts from eleven sites in the Midwest, with a focus on the Burch site in Berrien County, Michigan. Appendix by James B. Griffin. 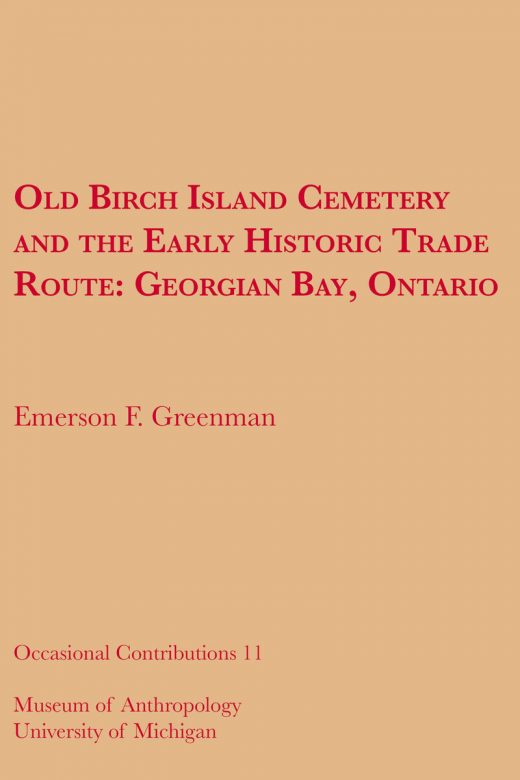 Greenman and his team excavated the cemetery on Old Birch Island, in Ontario’s Georgian Bay, in 1938. This report describes the burials and artifacts they found during the excavation. Includes 26 plates, 7 figures, and 4 maps. 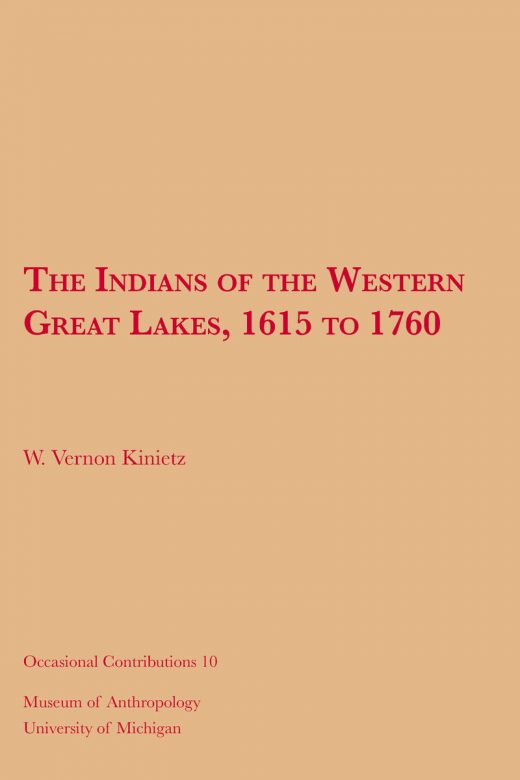 Indians of the Western Great Lakes, 1615–1760 is an ethnographic study of five tribes of the region: Huron, Miami, Ottawa, Potawatomi, and Chippewa. Author W. Vernon Kinietz based this study on a survey of contact-era accounts from archives in Ottawa, Montreal, Quebec, Chicago, Detroit, Ann Arbor, and Washington, DC. 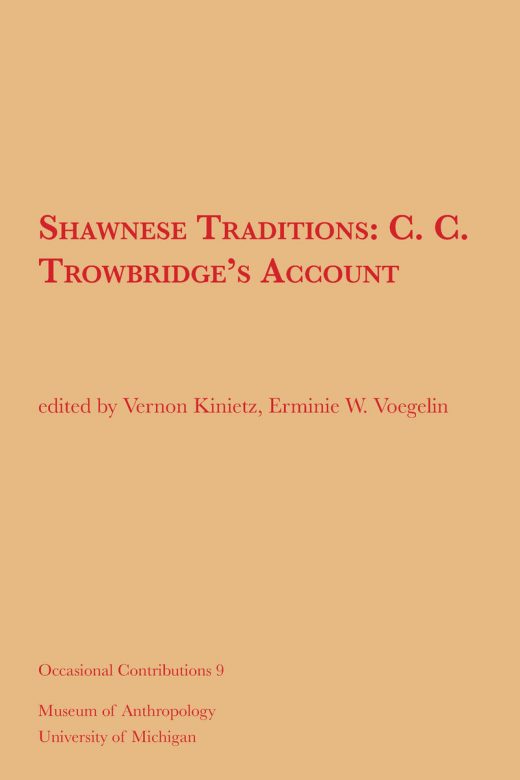 C. C. Trowbridge wrote reports on the customs of the Miami, Menominee, Shawnee, and Wyandot tribes. It is believed that he wrote the manuscript entitled Shawnese Traditions around 1824; the University of Michigan published it in 1939. 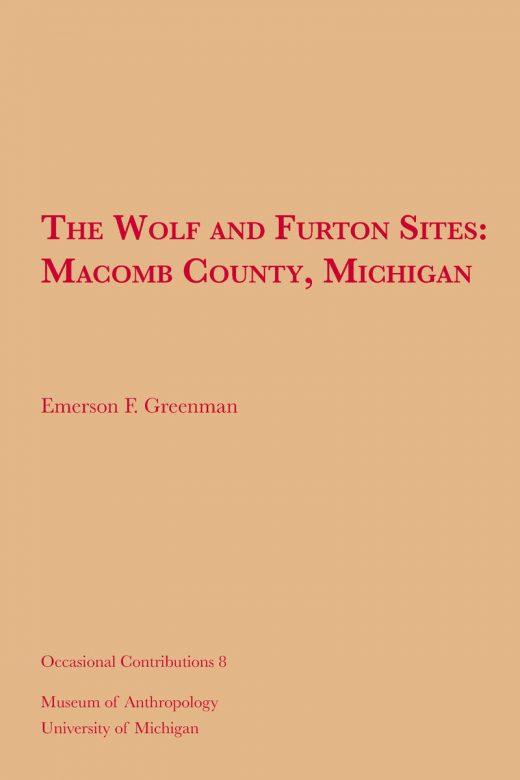 In this report, Emerson F. Greenman describes the 1936 archaeological excavations at the Wolf and Furton sites, both in Macomb County, Michigan, on the shore of Lake St. Clair. 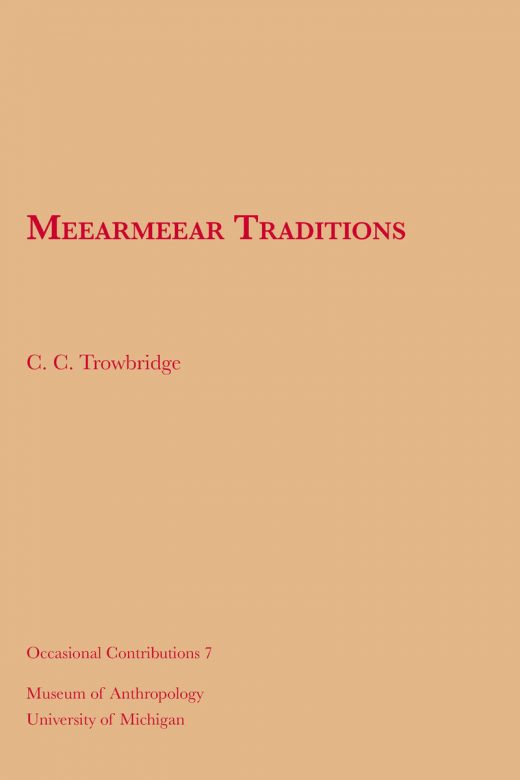 C. C. Trowbridge wrote the manuscript entitled Meearmeear Traditions, a study of the Miami tribal culture, in the early 1820s; the University of Michigan published it in 1938. 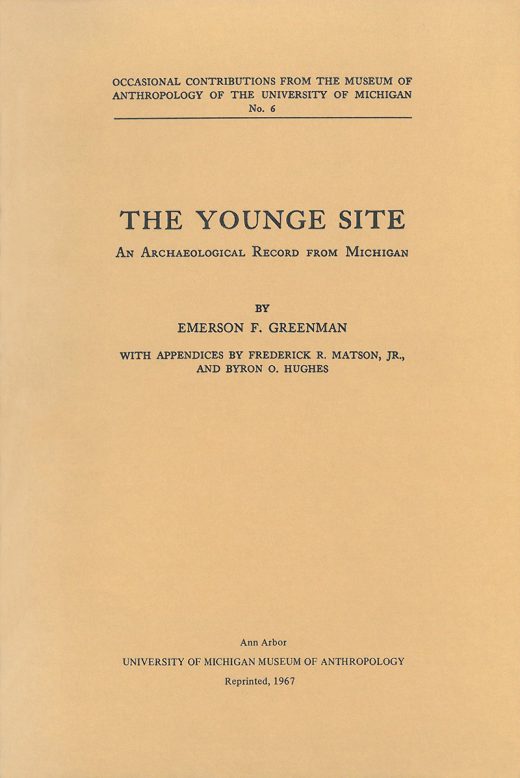 In 1935, archaeologist Emerson F. Greenman excavated the Younge site of Lapeer County, Michigan. In this volume, he describes the site and the archaeological material found there, including the remains of two large enclosures, 57 burials, pottery, tobacco pipes, and stone and bone tools. 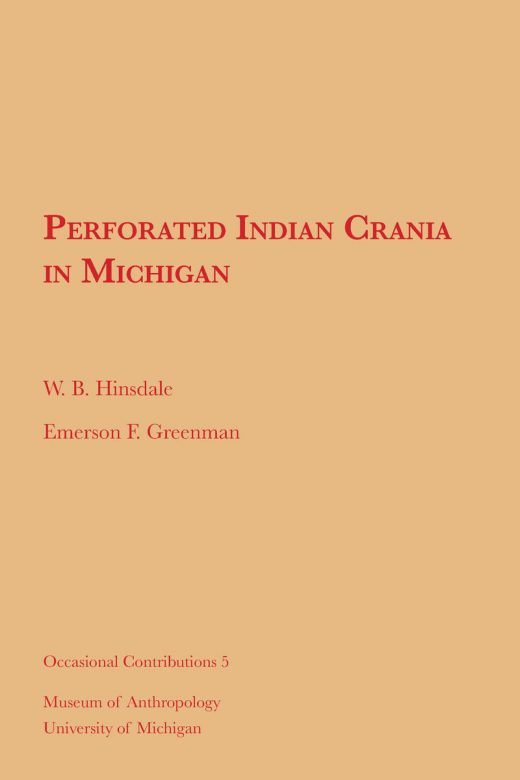 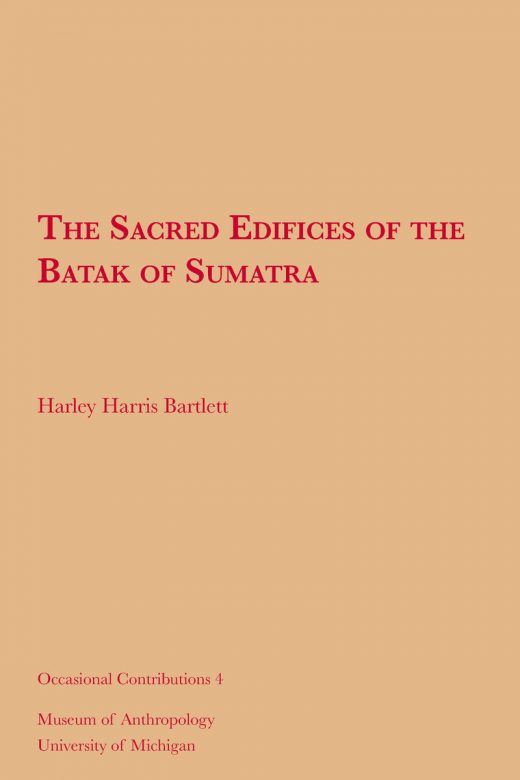 The fourth book in the Museum’s Occasional Contributions series is Harley Harris Bartlett’s work on sacred structures in the Batak region of Sumatra. Contains 31 black and white photographs of structures, sculptures, altars, and other holy places from the early 1900s. 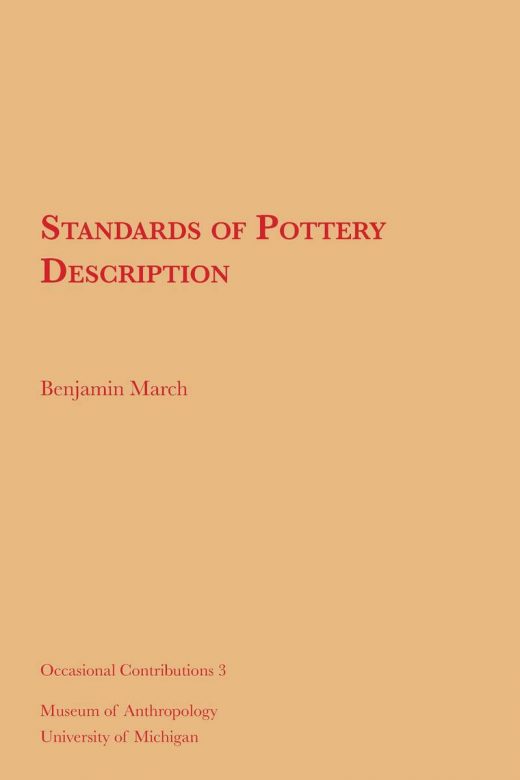 The third book in the Museum’s Occasional Contributions series is Benjamin March’s effort to standardize descriptions of pottery. Standards were needed so that pottery collections at various museums or institutions could be compared. With an introduction by Carl E. Guthe. 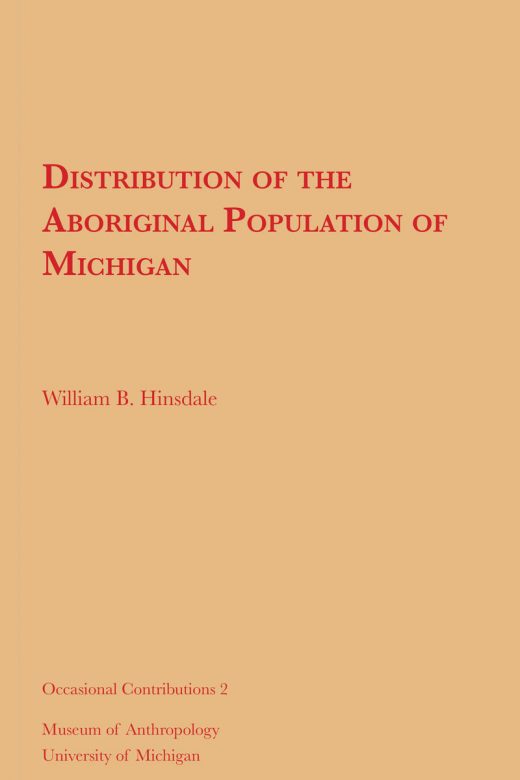 The second book in the Museum’s Occasional Contributions series is W. B. Hinsdale’s work on the Native population of Michigan before and during the period of European contact. Hinsdale describes how the location of food sources (animal and plant) influenced Native settlement patterns. 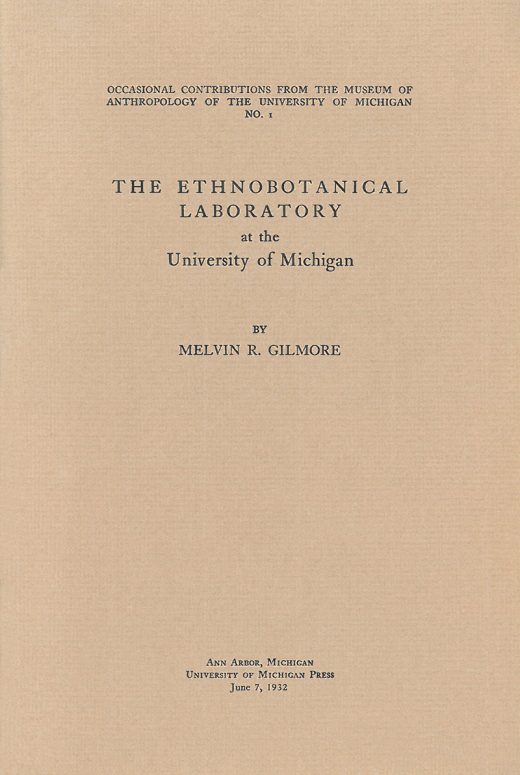 In 1932, with this slim but important volume, the University of Michigan Museum of Anthropology began its publication series.

Nearly a century later, the Ethnobotanical Laboratory is still unique for its extensive collection of archaeological and systematic comparative wood, seeds, and plant parts from around the world, and for its ethnographic examples of how traditional cultures collect, store, process, and use these plants.