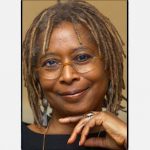 We’re grateful to Alice Walker for sharing news about The Celia Project with her followers. Alice’s post is helping us reach new collaborators! 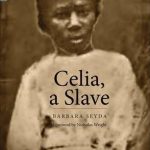 From Amazon: “The winner of the 2015 Yale Drama Series playwriting competition was selected by Nicholas Wright, former Associate Director of London’s Royal Court. Barbara Seyda’s stunningly theatrical Celia, a Slave is a vivid tableau of interviews with the dead that interweaves oral histories with official archival records. Powerful, poetic, and stylistically bold, this work foregrounds twenty-three diverse characters to recall the events that led to the hanging of nineteen-year-old Celia, an African American slave convicted in a Missouri court of murdering her master, the prosperous landowner Robert Newsom, in 1855. Excavating actual trial transcripts and court records, Seyda bears witness to racial and sexual violence in U.S. history, illuminating the brutal realities of female slave life in the pre–Civil War South while exploring the intersection of rape, morality, economics, and gender politics that continue to resonate today.”

You can listen to a wonderful interview with Barbara Seyda about her work on the play here. 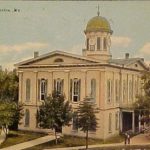 We learned from the Audrian County Area Genealogical Society that the Mexico (Missouri) Public Library held a discussion of the Celia case on May 22, 2016. 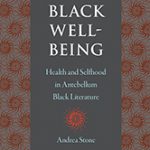 Available in early May is the new book by Celia Project Participant Andrea Stone (Smith College.) Black Well-Being: Health and Selfhood in Antebellum Black Literature (University of Florida Press.) May 2016.

Analyzing slave narratives, emigration polemics, a murder trial, and black-authored fiction, Andrea Stone highlights the central role physical and mental health and well-being played in antebellum black literary constructions of selfhood. At a time when political and medical theorists emphasized black well-being in their arguments for or against slavery, African American men and women developed their own theories about what it means to be healthy and well in contexts of injury, illness, sexual abuse, disease, and disability. Such portrayals of the healthy black self in early black print culture created a nineteenth-century politics of well-being that spanned continents. Even in conditions of painful labor, severely limited resources, and physical and mental brutality, these writers counter stereotypes and circumstances by representing and claiming the totality of bodily existence. 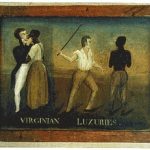 “Celia, #BlackLivesMatter, And The Diffusion Of Black Thought.”  April 13, 2016. Brandon Byrd writes: “One of the hardest days in my early African American history class is the day that we analyze State of Missouri v. Celia (1855). But it is also one of the most rewarding class periods. Each semester, students bring fresh perspectives to a trial that is now well-known thanks to the work of Douglas O. Linder and Melton A. McLaurin. Every group of students finds new and important things to say about a trial that resulted in the execution of Celia, an enslaved teenager who killed her master after years of sexual abuse.” 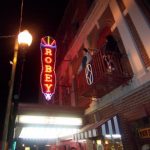 “Celia, a Slave is based on the trial transcripts and court records from the State of Missouri vs. Celia, a Slave, a notorious 1855 case in which a 19-year-old slave was accused, convicted and hanged for killing her 66-year-old master, a prosperous Missouri landowner. The play is a tableau of interviews with the dead.” 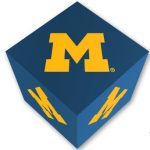 The Celia Project has been selected to received a $60K grant to continue its work through 2017. Thanks to the University of Michigan Office of Research and project participants Brandi Hughes and Megan Sweeney for the support. Read more about MCubed here. 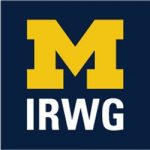 The Celia Project got its start with the support of an IRWG grant.

“The Collaborative Planning Grant made possible a number of workshops on Celia and the legal status of enslaved women in Michigan and in Missouri. While in Missouri the project group traveled to the site of the farm where Celia was enslaved. They also worked with the local Historical Society and examined the Newsom family’s estate records.” 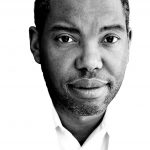 Ta-Nehisi Coates, “The Black Family in the Age of Mass Incarceration.” The Atlantic. October 2015.

To fortify the “republican edifice,” acts considered legal when committed by whites were judged criminal when committed by blacks. In 1850, a Missouri man named Robert Newsom purchased a girl named Celia, who was about 14 years old. For the next five years, he repeatedly raped her. Celia birthed at least one child by Newsom. When she became pregnant again, she begged Newsom to “quit forcing her while she was sick.” He refused, and one day in June of 1855 informed Celia that he “was coming to her cabin that night.” When Newsom arrived and attempted to rape Celia again, she grabbed a stick “about as large as the upper part of a Windsor chair” and beat Newsom to death. A judge rejected Celia’s self-defense claim, and she was found guilty of murder and sentenced to death. While she was in jail, she gave birth to the child, who arrived stillborn. Not long after, Celia was hanged. Celia’s status—black, enslaved, female—transformed an act of self-defense into an act of villainy.

Interpretation of the Celia case will become a point of debate between Coates writing in the Atlantic (here) and Kay Hymnowitz in the National Review (here.)