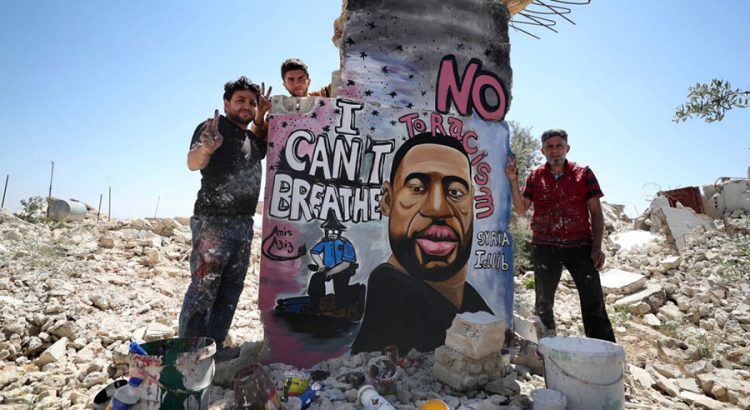 George Floyd was killed by an American police officer in May 2020. Although an individual who lived his own life, he became a larger visual metaphor and embodiment for discrimination and death that extended across the world, touching a nerve in Islamic countries as well. Whether  in Iran, Syria, or Afghanistan, he could take on a variety of different meanings: whether it is a censure of violence and racism in the United States, a supplication for human solidarity and an end to discrimination, or a calling for the rights of minorities and immigrants across the world.

Christiane Gruber is Professor of Islamic Art in the History of Art Department at the University of Michigan as well as Founding Director of Khamseen.