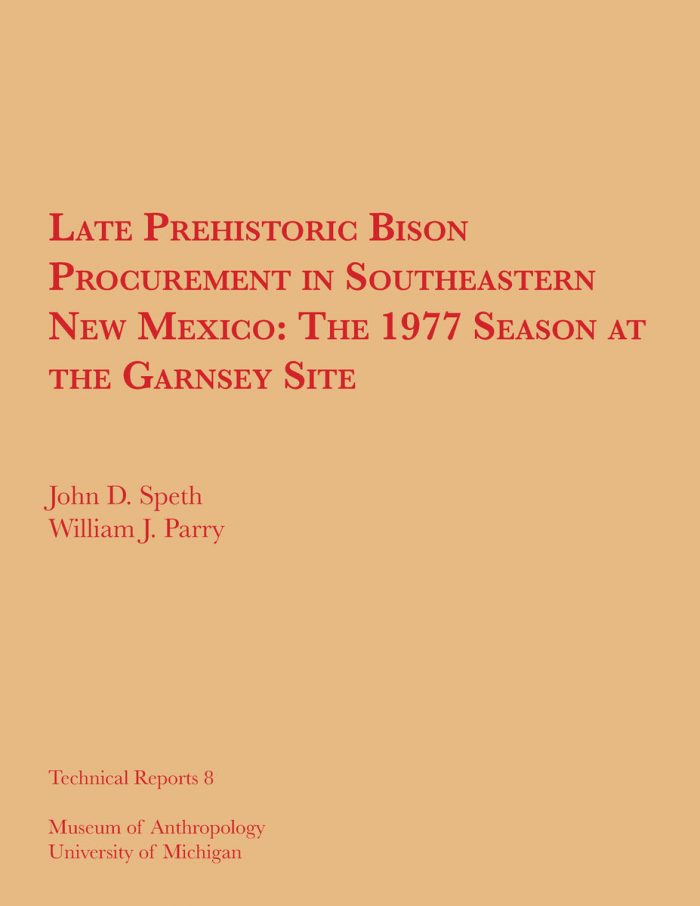 In 1977, archaeologists John D. Speth and William J. Parry excavated bison bones exposed in an actively eroding arroyo in southeastern New Mexico. The site proved to be the remains of a series of bison kills dating to the late prehistoric and early historic periods. The site, which became known as the Garnsey site, provided valuable insight into the role of bison procurement during this time period. This volume presents the results of the first season of excavation at the Garnsey site.