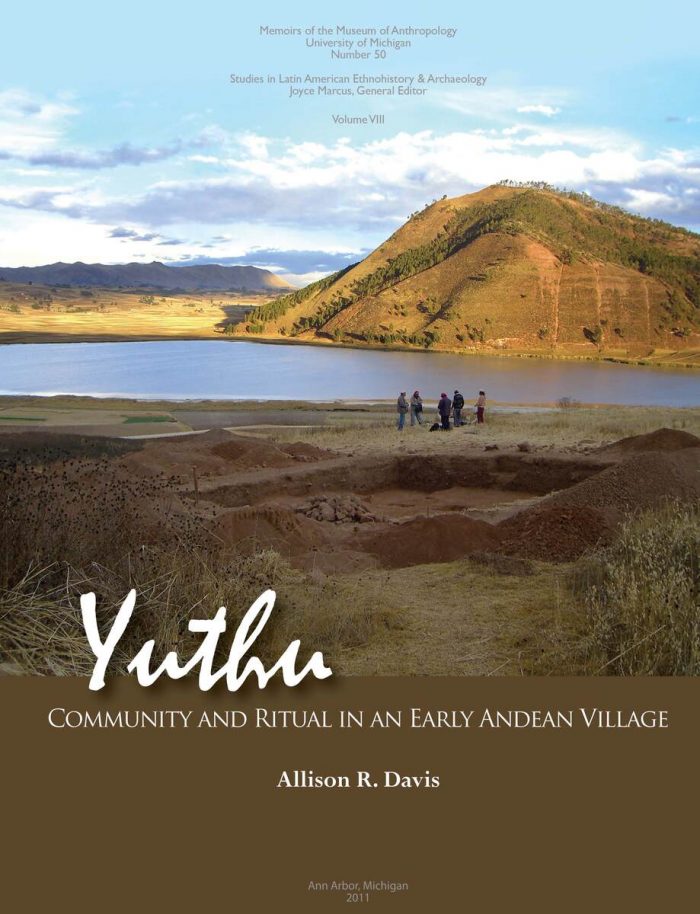 The crown jewel of the Inka Empire was their capital, Cusco. So celebrated was the Cusco of Inka times that we sometimes forget how little we know of earlier times in the region. This book presents Allison Davis’ pioneering excavations at the high-altitude Formative site of Yuthu. Davis presents all her data on early households and evidence for the villagers’ subsistence strategies, craft production, and mortuary practices. From her excavations we learn a great deal about daily life and public rituals, each conducted in a different sector of Yuthu. An unexpected bonus of Davis’ excavations was the discovery that some well-known Inka practices actually had their origin in the early villages of the Cusco region. Before her work at Yuthu, so few early houses and ceremonial structures had been published in detail for the Cusco area that we had much less evidence for understanding sacred versus secular space. Davis’ excavations contribute to our understanding of one of the most important transitions in Andean history: the shift from autonomous egalitarian villages to multicommunity polities with hereditary inequality. She is able to link archaeological houses, sites, and multisite clusters to socially meaningful units such as families, villages, and communities. Davis is also able to combine her excavations with settlement pattern data to develop a regional picture of the Formative period in Cusco. This volume is not only the first excavation report on a Formative village in the Cusco area, but is also a study that contributes new data on many traditional Andean themes, including zonal complementarity, sacred landscapes, community composition, mummies and ancestor veneration, ritual canals and religious rites, and intra-village subdivisions.