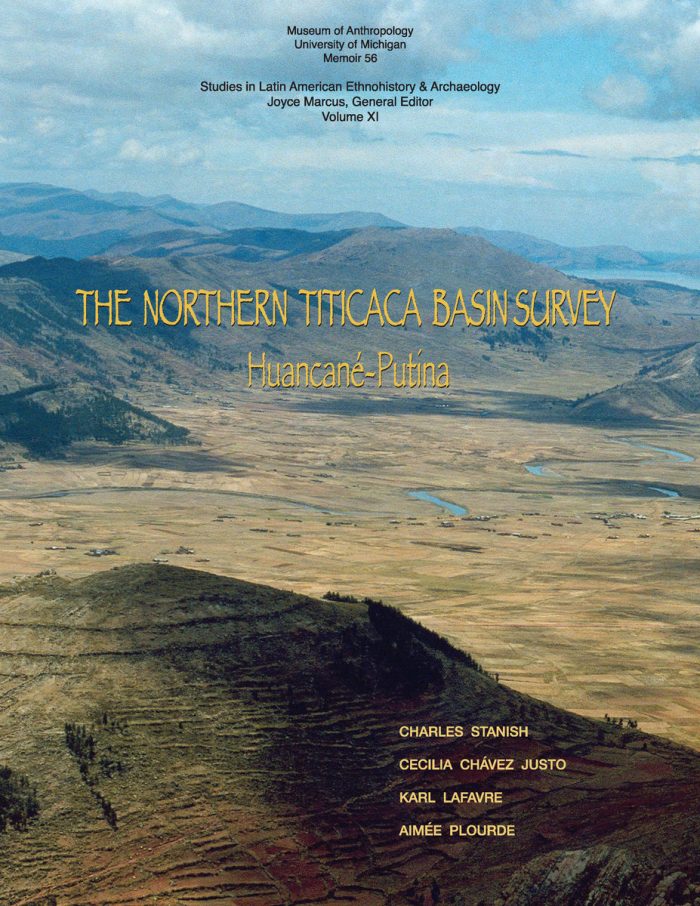 This landmark book synthesizes the results of more than a decade of fieldwork in southern Peru—where Stanish and his team systematically surveyed more than 1000 square kilometers in the northern Titicaca Basin—and it details several hundred new sites in the Huancané-Putina River valley. Stanish’s team recovered data on the entire sequence of occupation—from Archaic period workshops, Qaluyu and Pukara period regional centers, and Tiwanaku sites to the massive Late Intermediate and Inca period settlements. The meticulous analysis of the entire ceramic sequence by Cecilia Chávez Justo represents a monumental achievement for understanding the chronology of development in this region and has major implications for future research. The authors describe hundreds of previously unknown sites as well as the pottery, chipped stone, and stone sculptures of the region. Their synthesis of the settlement dynamics over several millennia represents a major contribution to our understanding of primary state formation. This book will be invaluable for those interested in the evolution of state-level societies, evolutionary and hierarchical shifts in chiefly societies, and the nature of political and economic change over the span of millennia.