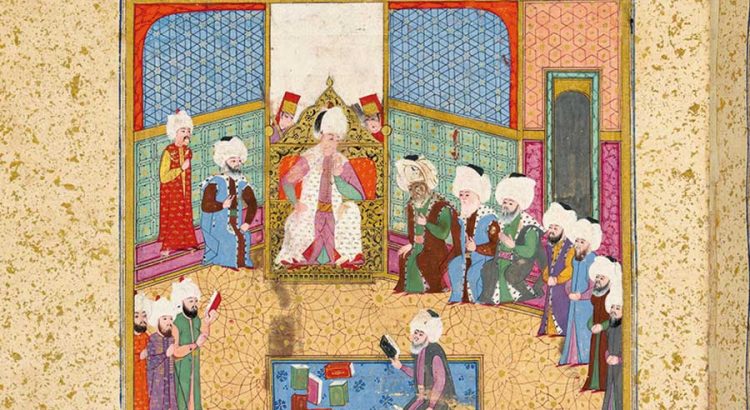 Contextualizing the Hünername (Book of Talents)

This talk introduces the Hünername (Book of Talents), an illustrated manuscript prepared in the late 16th century at the Ottoman court. This work, composed in Ottoman Turkish by Seyyid Lokman, was conceived in four volumes, only two of which were completed. As a whole, the project deals with the talents and deeds of the Ottoman rulers in succession. The first volume concerns the early Ottoman rulers; the second volume is dedicated solely to the reign of Süleyman the Magnificent (r. 1520–1566), while the third and fourth volumes were to be on the reigns of Selim II (r. 1566–1574) and Murad III (r. 1574–1595), respectively. While the second volume of this work is among several other contemporary examples discussing the reign of Süleyman the Magnificent, the Hünername stands apart in its rather personal and anecdotal approach, which nevertheless still paints an idealized image of the ruler.

Melis Taner is an Assistant Professor at Özyeğin University, Istanbul. She specializes in sixteenth- and seventeenth- century Ottoman and Safavid manuscripts. She received her Ph.D. from Harvard University in 2016. Her book, Caught in a Whirlwind: A Cultural History of Ottoman Baghdad as Reflected in its Illustrated Manuscripts (2019), looks at the artistic production in the frontier province of Baghdad.