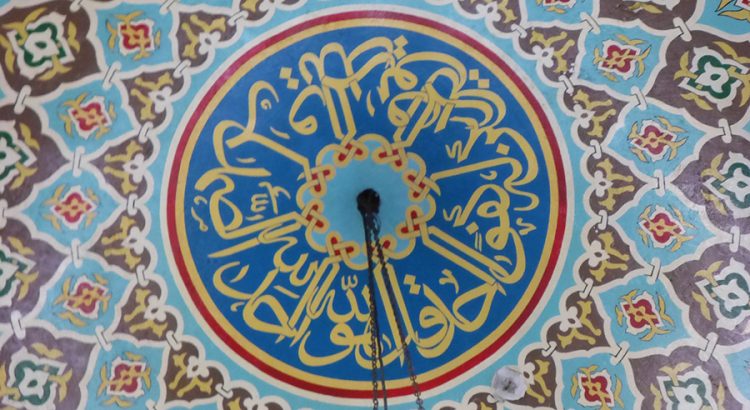 Although largely overlooked in the study of Islamic art, the architecture of purpose-built mosques and Islamic Cultural Centers in Latin America powerfully negotiate religious space and identity for diverse Muslim communities in predominantly Catholic countries. This presentation provides a brief overview of two key sites among the plethora of mosques peppering the southern hemisphere of the Americas, highlighting local and transnational networks as well as design influences infused within the earliest and the largest mosques in the region: the Brazil Mosque of São Paulo and King Fahd Islamic Center of Argentina.

Gallo, Marco. “Muslims in South America: history, presence and the visibility of a religious minority in a Christian context.” In Routledge Handbook of Islam in the West, edited by Roberto Tottolli, 170-181. London and New York: Routledge, 2014.

Holod, Renata and Hassan Uddin-Khan. The Mosque and the Modern World: Architects, Patrons and Designs since the 1950s. London: Thames and Hudson, 1997.

Caroline “Olivia” Wolf is an Assistant Professor of Art History at the University of Tennessee at Chattanooga, where her teaching and research focuses on art and architecture from a global perspective, with emphasis on Latin America, the Middle East, and diasporic intersections. Wolf was a Visiting Scholar at the Calouste Gulbenkian Museum (2019), a Camfield Fellow at the Museum of Fine Arts, Houston (2013-2014), and received her PhD at Rice University.