The Policing and Social Justice HistoryLab is a research collaboration to investigate the history of policing and criminalization in the city of Detroit during the 20th and 21st centuries, document the politics of crime control and civil rights activism, and excavate and map police-civilian encounters including homicides, brutality, and misconduct. The PSJ Lab deploys student research teams to explore archives and databases, interview historical actors, and present their findings through multimedia digital exhibits and interactive maps. These investigations build on the efforts of historical activists and civil rights/civil liberties organizations that have long demanded civilian review boards and community control of law enforcement and criminal justice institutions-including police, prosecutors, courts, and jails–in Detroit and Wayne County. Through its public engagement mission, the Policing and Social Justice HistoryLab presents its findings for classroom use, for journalists and policymakers, and especially as resources for impacted communities and social justice-oriented organizations. The PSJ Lab, as a partnership between Documenting Criminalization and Confinement and the U-M HistoryLabs program in the Department of History, operates through curricular and extracurricular components. Through the “Cold Cases” HistoryLab seminar, teams of undergraduates research specific periods of Detroit’s history, build document-rich website exhibits, and analyze patterns of police violence and misconduct through digital mapping. The PSJ Lab has produced two book-length exhibits thus far (linked below): Detroit Under Fire (1957-1973) and Crackdown (1974-1973, coming in July), along with accompanying ArcGIS StoryMaps. As research fellows and interns, undergraduate and graduate student researchers also work on more specialized projects, including multimedia reports about specific incidents and themes, and synthetic maps designed to create an extensive database of policing killings in Detroit. The Policing and Social Justice HistoryLab is also documenting other aspects of the carceral state in Detroit, including the history of the Wayne County Jail, and in future years will launch projects about other parts of Michigan as well.

Detroit Under Fire: Police Violence, Crime Politics, and the Struggle for Racial Justice in the Civil Rights Era documents police violence, misconduct, and civil rights activism in the city of Detroit from 1957-1973. The book-length digital exhibit combines historical narrative and maps with more than 1,000 archival documents, photographs, and video clips–allowing audiences to explore original documents and multiple perspectives in depth.

“What Happened to Cynthia Scott?” is an investigate report, building on the Detroit Under Fire website, of the police murder and coverup of a 24-year-old African American woman on July 5, 1963. The report utilizes the long-hidden DPD homicide file, obtained through the Freedom of Information Act, and other previously unknown archival documents. Also view the Detroit Writing Room’s panel discussion with“Seeking Justice for Cynthia Scott: Writing the Hidden History of Police Violence in Detroit” (Sept. 29, 2020).

Created for Detroit Under Fire, this StoryMap (link here) portrays 12 known police homicides of civilians, 173 incidents of police misconduct and brutality, and systematic harassment of civil rights activists between 1964-1966. Maps of the city’s racial geography and physical streetscape enable in-depth exploration of patterns and specific encounters.

This multimedia report, condensed from the “Liberal War on Crime (1964-1966)” section of Detroit under Fire, explores the Kercheval Incident on the eve of the 1967 Detroit Uprising. Through historical documents and firsthand accounts, the report invites audiences to debate whether the Kercheval Incident represented a Black Power rebellion, a criminal riot, or an organized law enforcement conspiracy.

Crackdown documents police violence, misconduct,  and criminalization of African American youth during the wars on crime and drugs from 1974-1993. The digital exhibit combined historical narrative and maps with around 600 archival documents, photographs, and video clips, allowing audiences to explore these events through an interactive multimedia experience. 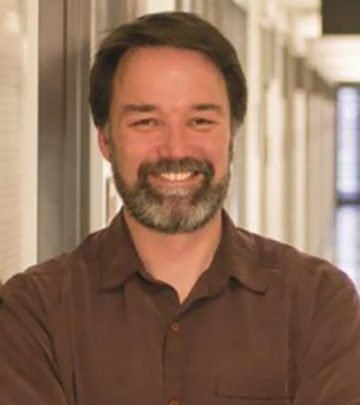 Professor of History, DCC co-PI, Director Policing and Social Justice HistoryLab. Matt Lassiter, the co-PI of Documenting Criminalization and Confinement, is a scholar of the twentieth-century United States with a research and teaching focus on political history, urban/suburban studies, racial and social inequality, and the history of policing and the carceral state. His most recent book project, The Suburban Crisis: Crime, Drugs, and White Middle-Class America, is forthcoming from Princeton University Press. He has led undergraduate teams in the creation of seven book-length digital exhibits, including the DCC-affiliated projects Detroit Under Fire: Police Violence, Crime Politics, and the Struggle for Racial Justice in the Civil Rights Era (1957-1973) and Crackdown: Policing Detroit through the War on Crime, Drugs, and Youth (1974-1993). 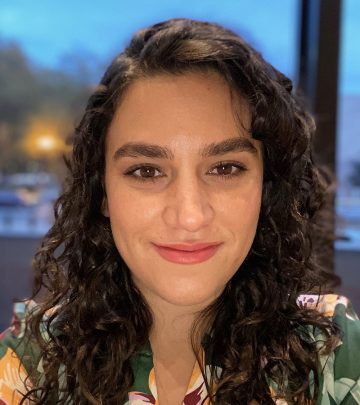 Ph.D. Student (History) and Graduate Supervisor Policing and Social Justice HistoryLab. Nicole Navarro's dissertation research focuses on the urban and political history of policing, education, and housing in late-20th century Washington, D.C. through a comparative multiracial lens. She worked as the graduate supervisor for two digital exhibits produced by undergraduate HistoryLab students, “Detroit Under Fire: Police Violence, Crime Politics, and the Struggle for Racial Justice in the Civil Rights Era” (1957-1973) and "Crackdown: Policing Detroit through the War on Crime, Drugs, and Youth" (1974-1993). 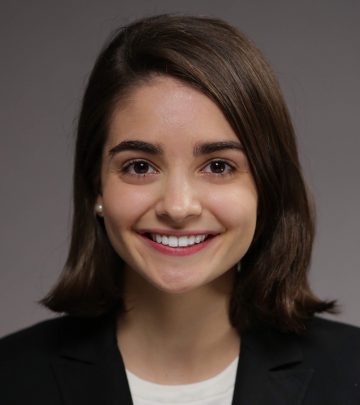 JD Candidate, U-M Law School. Francesca Ferrara is from Bloomfield Hills, Michigan, and is passionate about the history of civil rights in Detroit from a legal perspective. She took the lead role in creating StoryMap exhibits on the Kercheval Incident of 1966 and the New Bethel Incident of 1969, based on sections of "Detroit Under Fire: Police Violence, Crime Politics, and the Struggle for Racial Justice in the Civil Rights Era." 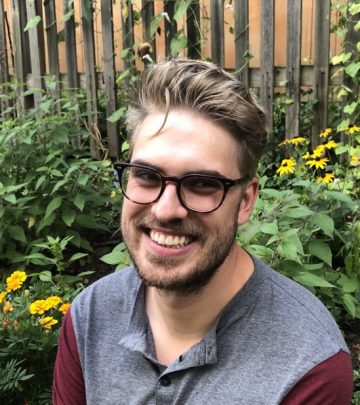 Ph.D. Student (History). David Helps's research and teaching focus on U.S. history since the 1960s, with an emphasis on policing, urban politics, migration, and political economy. His dissertation will cover the relationship between policing and multiculturalism in global Los Angeles between the 1970s and the Rodney King rebellion. He has written on the future of policing and economic justice in Detroit for the Cleveland Review of Books and Detroit Metro-Times. 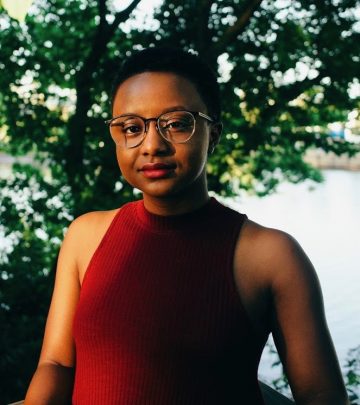 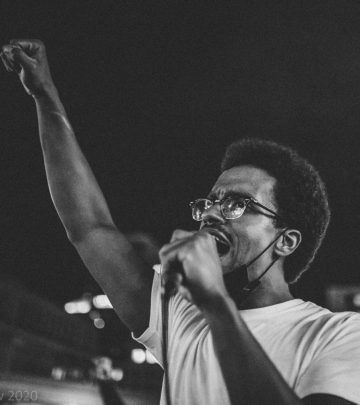 Undergraduate student (African American Studies/History) Lloyd is an undergraduate student at Wayne State University majoring in African American Studies (AAS) with a minor in history. His research focus includes Black Marxism, labor history, and the Black Freedom Struggle. He is specifically interested in understanding the function of police as an extension of state power. Lloyd is a member of Detroit Will Breathe, a radical direct action organization that grew out of the mass movement that took form in the wake George Floyd’s murder. After graduation he intends to pursue a PhD in either history, AAS, or social work. 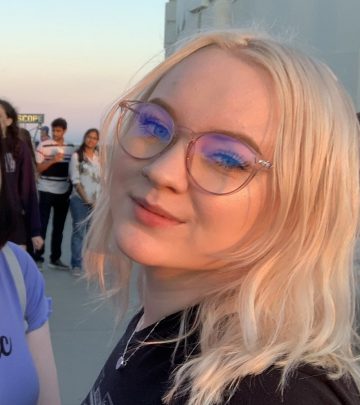 Undergraduate Student (History). Grace Bergeron is from Allen Park, Michigan, and is majoring in History and minoring in Urban Studies. As part of the Policing and Social Justice HistoryLab, Grace has done archival research about police brutality, housing injustice, race relations, and labor union activity during the period of World War Two, with an emphasis on the 1943 Race Riot in Detroit. Inspired mostly by her research about labor unions and social justice, Grace plans to pursue a career of labor organizing after graduation. 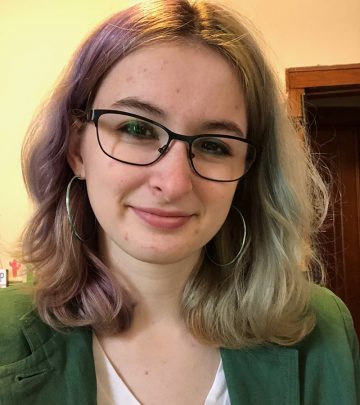 Undergraduate Student (Anthropology/Museum Studies). Charlie Fater is from Elkhart, Indiana, and is majoring in Sociocultural Anthropology and minoring in Museum Studies. As part of the Policing and Social Justice HistoryLab, Charlie has done archival research regarding policing and social justice in Detroit during the period surrounding WWII, especially regarding the role of police or their absence at labor strikes. Charlie plans to pursue careers in libraries and museums and is especially passionate about the democratization of information in these institutions, as well as repatriation and relationships with indigenous communities affected by collections. 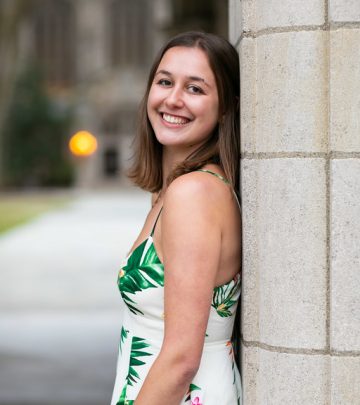 Undergraduate Student (Public Policy). Sophie Mishara is from Boston, Massachusetts, and is studying Economic Development and Human Rights Policy at the Ford School of Public Policy and minoring in Law, Justice and Social Change. Sophie has compiled evidence from civil rights and exoneration databases and has inventoried a wide range of cases in Detroit from the late 1960s to the present. She is passionate about working to reform the criminal justice system and through her research hopes to address injustices embedded within Detroit’s legal systems and thereby lessen their impact on underrepresented populations. 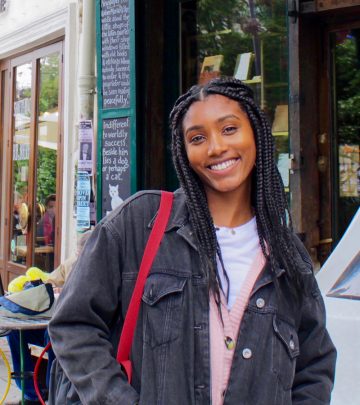 Undergraduate Student (Public Policy). Brianna Wells is from Lansing, Michigan, and graduated in May 2020 with a B.A. in Public Policy from the Ford School with a minor in Gender and Health. She has conducted archival research into the history of policing in Detroit during the 1970s, especially around issues of gendered violence and narcotics corruption, and is a major contributor to "Crackdown: Policing Detroit through the War on Drugs, Crime, and Youth." Brianna is passionate about elevating the histories of marginalized peoples, as well as understanding how these stories can inform public policy, and plans to eventually pursue a Ph.D. in a related field. 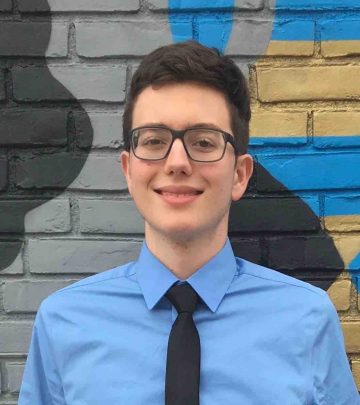 Undergraduate Student (History/Political Science). Dominic Coschino is from Roseville, Michigan, and graduated from the University of Michigan in 2019 with a double major in History and Political Science. He was a member of the original Detroit Under Fire team for the Policing and Social Justice HistoryLab. Dom wrote his senior honors thesis on the class-action litigation against the Wayne County Jail in the late 1960s and early 1970s and then created a StoryMap and infographics about this case for the DCC project. He plans to attend law school and believes in using law to empower disaffected communities and dismantle the carceral state. 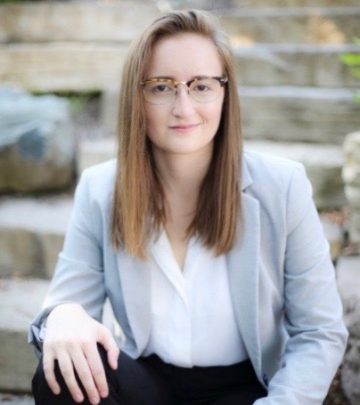 Undergraduate Student (History). Izzie Kenhard is a senior from Northampton, England, and is majoring in History and minoring in Crime and Justice. She is interested in studying crime and law enforcement policies as well as the relationship between gender and crime. Izzie is writing an honors thesis about the Detroit Police Department and sexual violence during the 1970s and 1980s and was a member of the Fall 2019 Policing and Social Justice HistoryLab team that produced Crackdown: Policing Detroit through the War on Crime, Drugs, and Youth. 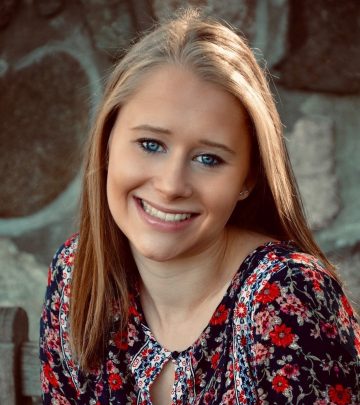 Undergraduate Student (Biopsychology, Cognition, Neuroscience). Lily Johnston is a senior from Bloomfield Hills, Michiga,n majoring in Biopsychology, Cognition, and Neuroscience and minoring in History of Law and Policy. She is interested in the intersections of history and public health, specifically the ways in which social and political systems have perpetuated inequality and injustice in healthcare. After graduation, she plans to pursue a Masters of Public Health with a focus in health policy. Lily was also a member of Fall 2019 Policing and Social Justice HistoryLab team that produced Crackdown: Policing Detroit through the War on Crime, Drugs, and Youth. 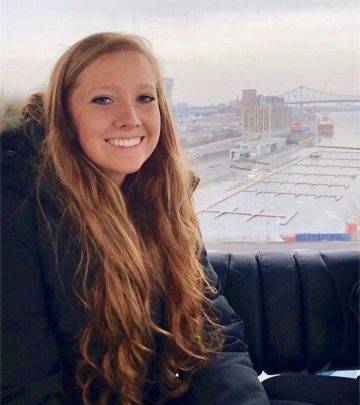 Sam Lauten is a senior from Boston, MA. She is majoring in English with a minor in History. She is passionate about prisoners’ rights advocacy and plans to attend law school after graduation. 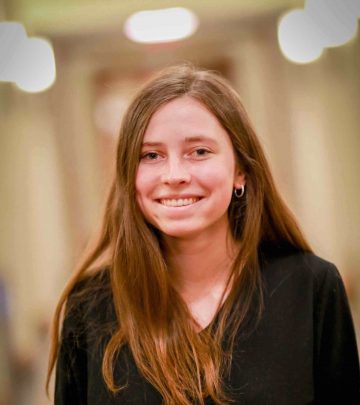 Undergraduate Student (Political Science). Maddie Turner is from Walnut Creek, California, and is majoring in Political Science and minoring in History of Law and Policy. She is interested in criminal justice reform and the relationship between the carceral state and racial and economic inequalities. She currently serves as co-chair of the social justice committee of College Democrats. After graduation, she plans to work in the nonprofit sector before attending law school. 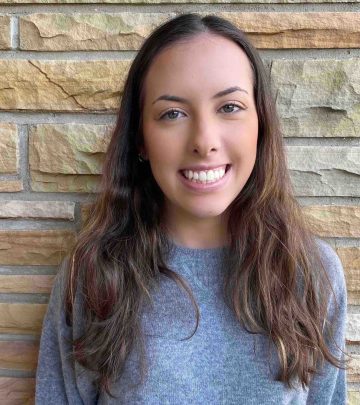 Undergraduate Student (Psychology/History). Caroline Levine is from Westchester, New York, and is majoring in Psychology and minoring in History. She has conducted archival research to identify deaths of Detroit residents at the hands of the Detroit Police Department from 1957 to 1993 and created multimedia reports about the history of race and policing in Detroit. Caroline plans to pursue a career in the legal field with interests in criminal and entertainment law.