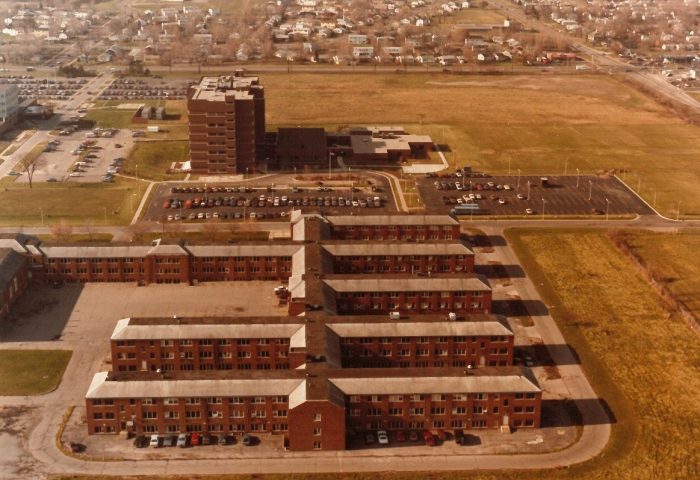 The Detroit as a Carceral Space initiative is a Documenting Criminalization and Confinement research collaboration with the Michigan-Mellon Project on Egalitarianism and the Metropolis and community organizations in Southeast Michigan, including the Detroit Justice Center. The Michigan-Mellon Project is based in U-M’s Taubman College of Architecture and Urban Planning and, in 2019, expanded its mission to connect design professionals with the urban humanities through a new Detroit-focused partnership with the College of LSA. The Detroit Justice Center is a nonprofit law firm, led by Amanda Alexander (a Carceral State Project community liaison), that works alongside communities to create economic opportunities, transform the justice system, and promote equitable and just cities.

The DCC-Mellon partnership, through the Detroit as a Carceral Space initiative, involves collaborative and community-based research into the historical and contemporary conditions of egalitarian-oriented topics in the city of Detroit and its surrounding region, focused on policing, criminalization, incarceration, and other central DCC themes. For Detroit-based themes related to police violence, please also visit the Policing and Criminalization page. Infographic #2 for “We Live 24/7 in Hell.” This infographic combines an architectural reconstruction of a cell block in the Wayne County Jail with eight firsthand accounts of people incarcerated there. By 1971, 85% of those held in the jail were African American, and 90% were poor. Their testimonies describe guilty pleas just to escape the jail (by going to prison), miscarriages, attempted suicides, brutality and racist abuse, and deprivation of medical care. Created by Dominic Coschino and designed by Rinika Prince.