DCC researchers, led by recent graduate student Sophie Ordway (Social Work), conducted research to inform the debate over the current campaign to repeal the so-called “Truth in Sentencing” Laws passed by the Michigan state legislature in 1998 and 2000. Since the 1970s, sentencing laws in Michigan have become increasingly punitive and inflexible, leading to terrible prison overcrowding, budget shifts from social welfare and educational programs to fund more correctional institutions, and disproportionate impacts in the state’s most criminalized and policed communities. The full 2021 research report–“Understanding the Fall of Sentencing Credits in Michigan Prisons“-–is covered below and can be read in full here. The 1998 “Truth in Sentencing” law requires people convicted and incarcerated in a Michigan prison to serve 100% of their minimum sentence. All felony convictions carry a minimum and maximum sentence (e.g.,  5 to 10 years). Once a person has served the minimum sentence, the parole board has discretion to decide whether to release the person from prison. The vast majority of other states have some version of a ‘sentencing credit system’ that allows imprisoned people to reduce their sentences and achieve early parole through ‘good behavior’ and/or by participating in educational, vocational and other forms of ‘rehabilitative’ programming. Michigan is one of only five states that do not have a sentencing credit system. Building on previous efforts to repeal “Truth in Sentencing,” community advocates launched a petition drive to place the Michigan Prisoner Rehabilitation Credit Act on the November 2020 ballot and to restore the Good Time Credit system. Although ultimately unable to obtain enough signatures, community support for reinstating a sentencing credit system did not dissolve. Michigan Justice Advocacy is currently crafting a bill to implement Good Time once again, which they are hoping will pass in 2021 or in a future legislative session.

This infographic provides a condensed summary and timeline of the key findings of the Carceral State Project’s 2021 research report “Understanding the Fall of Sentencing Credits in Michigan Prisons: How False Narratives of Crime and Violence Fueled Mass Incarceration,” by Sophie Ordway. Read the full report here. 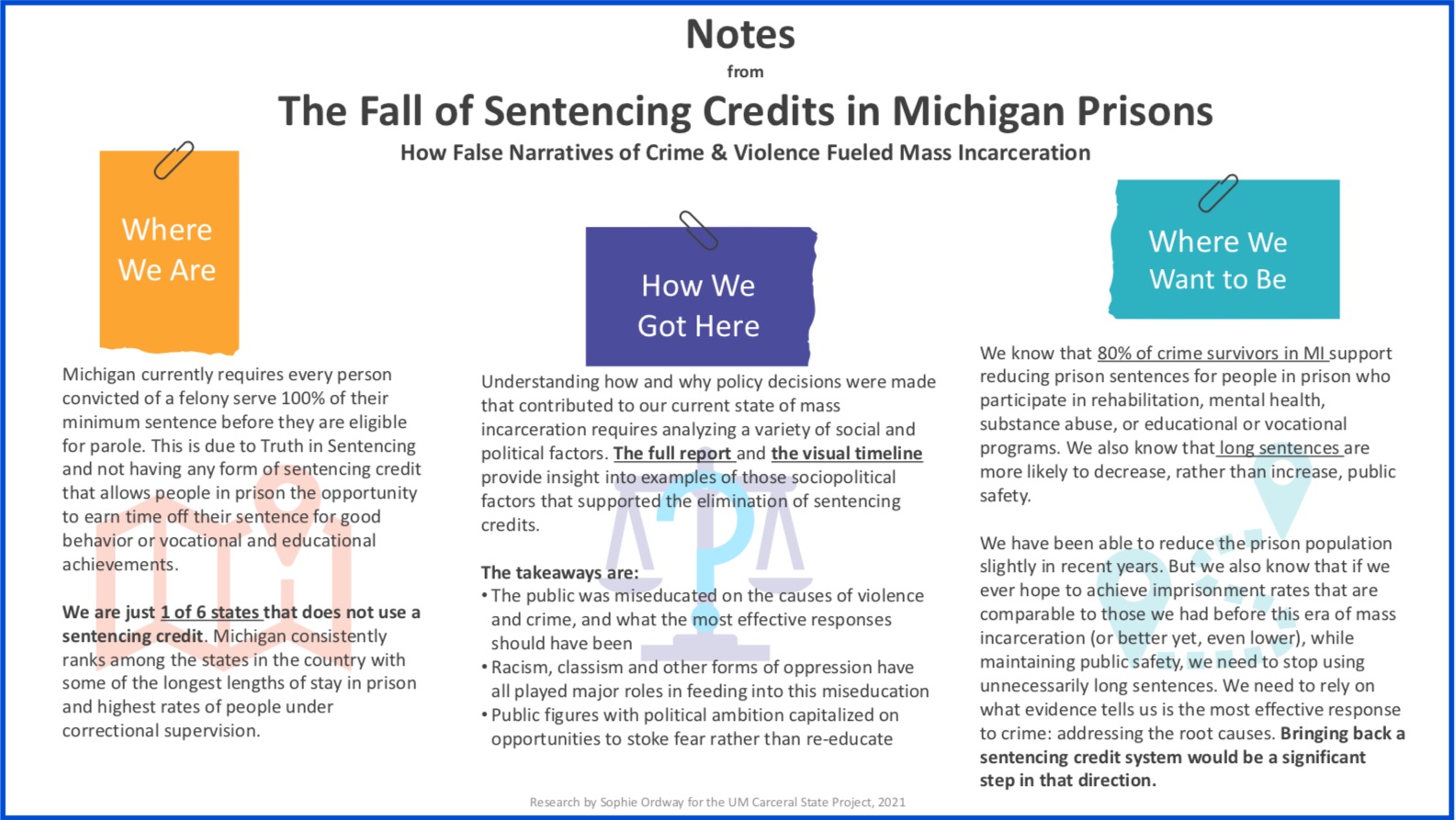 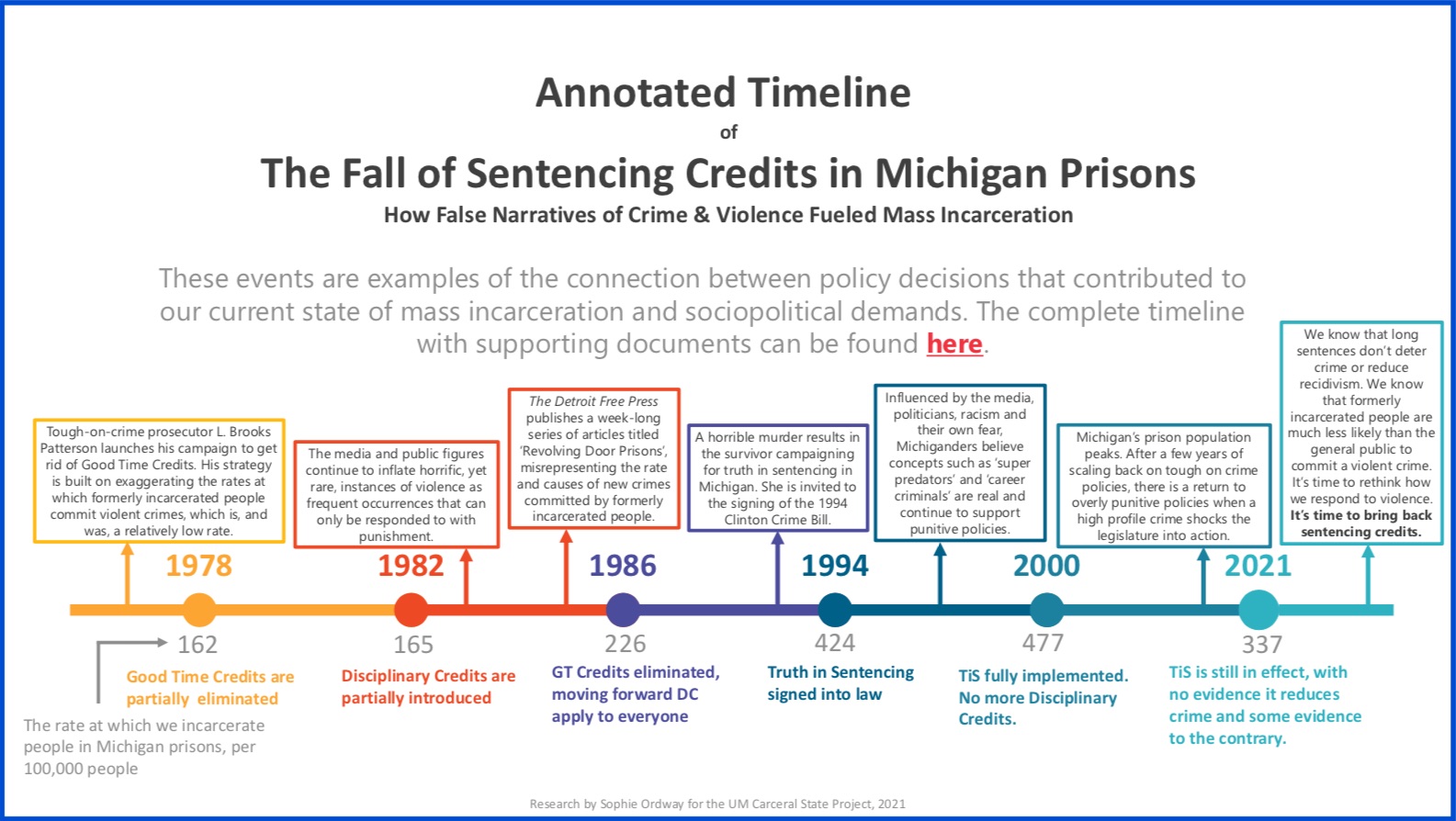 Students in the U-M School of Social Work organized the “Truth in Sentencing” Town Hall to foster discussion and increase awareness of the impact of Michigan’s law and the ongoing repeal campaign. The event provided a brief history of the emergence of “Truth in Sentencing,” discussion of its consequences by two formerly incarcerated people, and commentary by two state legislators and the head of the 2020 repeal campaign. Organized and moderated by DCC researcher Sophie Ordway along with Asha Burns and Lizzette Rivera. Featuring:

Watch the video below (in two parts):