Optional: M. Strevens 2003, “The role of the priority rule in science“

October 24: A. Linde 2006, “Sinks in the landscape, Boltzmann brains, and the cosmological constant problem.”

4/9/18
Grad student panel (in conjunction with Science, Values, and the Public reading group)

9/14/17
K. Crowther and N. Linnemann 2017: “Renormalizability, fundamentality, and a final theory: the role of UV-completion in the search for quantum gravity”

Max Tegmark, Consciousness as a State of Matter

Susan Schneider, What is the Significance of the Intuition that Laws of Nature Govern?

Jeffrey Barett, Empirical Adequacy and the Availability of Reliable Records in Quantum Mechanics
10/21/13

Presentation: Gabriele Carcassi, Determinism and Reversibility: how they coincide with Hamiltonian mechanics and why they are needed

Tim Maudlin, On the Unification of Physics

3/25/13
Alexei Grinbaum, Which Fine-Tuning Arguments Are Fine?
Gian Giudice, Naturally Speaking: The Naturalness Criterion and Physics at the LHC

2/25/13
Eleanor Knox, Newton-Cartan Theory and Teleparallel Gravity: The Force of a Formulation

11/30/12
Allori, Goldstein, Tumulka, and Zanghi, Predictions and Primitive Ontology in Quantum Foundations: A Study of Examples

11/16/12
Scott Aaronson, Why Philosophers Should Care About Computational Complexity

10/19/12
Nick Huggett and Christian Wuthrich, Is Science Without Spacetime Possible?

10/5/12
Erik Verlinde, On the Origin of Gravity and the Laws of Newton 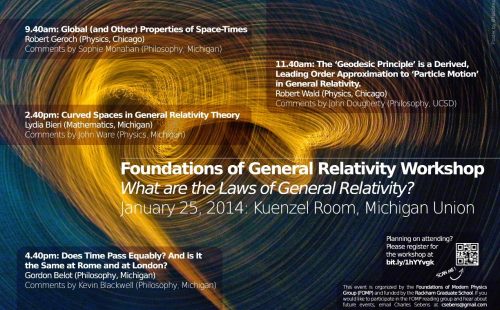 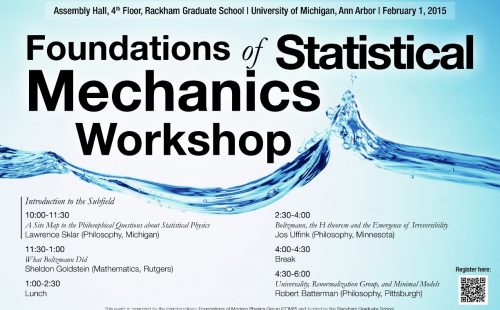 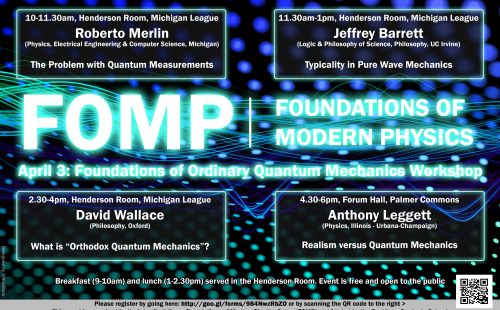 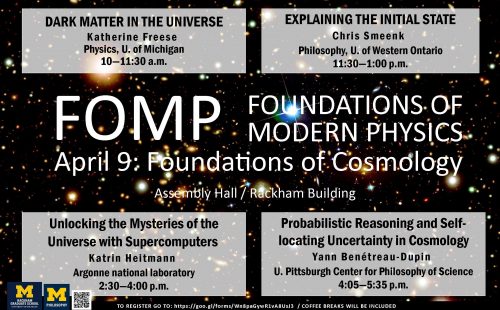