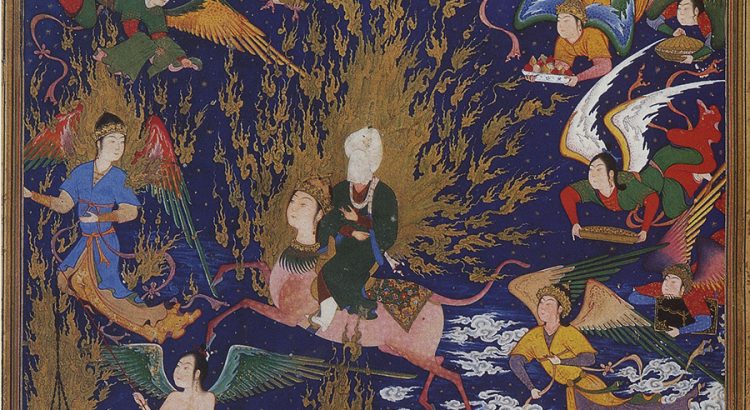 A Safavid Painting of the Prophet Muhammad’s Miʿraj

This presentation explores a 16th-century Persian manuscript painting that depicts the Prophet Muhammad’s celestial ascension (mi’raj). It focuses in particular on the Prophet’s facial veil and his flaming aureole as well as their relationship to metaphorical expressions as found in Persian Sufi poetry. It also explores the Shi’i symbolism of his headgear, which is known as “Haydar’s Crown” (taj-i Haydari).

Christiane Gruber is Professor of Islamic Art in the History of Art Department at the University of Michigan as well as Founding Director of Khamseen.