Flakes of Wrath: On Howard Markel’s “The Kelloggs: The Battling Brothers of Battle Creek”

University of Michigan professor and medical historian Howard Markel’s recent book, The Kelloggs: The Battling Brothers of Battle Creek (Penguin, 2017), is a biography of brothers John Harvey and Will Keith Kellogg, the namesakes of Kellogg’s cereal company.

While the cereal is a case in point of what you might call a household name, the Kellogg brothers are less well known than their company. That fact is unfortunate, because their combined medical and business activity during the late nineteenth and early twentieth centuries did just about as much as Henry Ford, Thomas Edison, Andrew Carnegie, or any other early American industrialist to give a shape and form to modern life in this country. 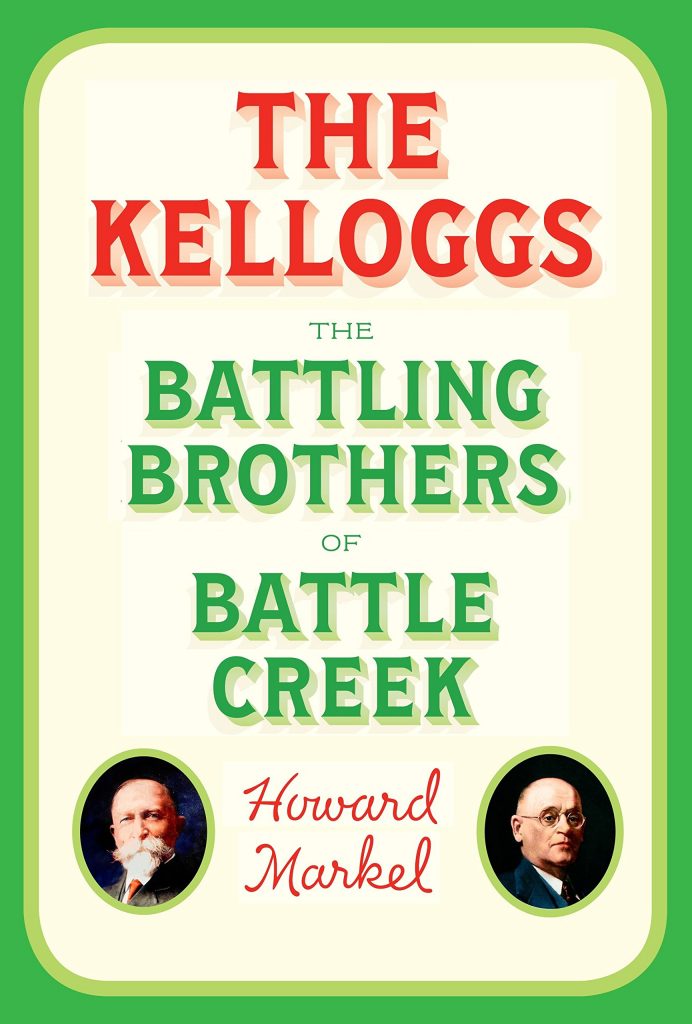 As polymaths with an almost incredible degree of energy, the brothers left an indelible mark on the history of surgery, advertising, manufacturing, dietetics, gastroenterology, and the food and medical industries. Markel documents how examining the lives of the Kellogg brothers also provides a window onto the competing ideologies of American life around the turn of the century. J.H. was a crusading medical reformer, dictatorial employer, unrepentant racist, and active member of the proto-Nazi American eugenics movement; W.K., on the other hand, was an aggressive industrialist, but a surprisingly humane factory owner who provided free daycare to the working mothers on his payroll and left the majority of his fortune as an endowment to the W.K. Kellogg Foundation, which to this day provides millions of dollars annually to programs that support early childhood development and working families. Between the two of them there’s almost enough material to write an American House of the Spirits.

That said, Markel is not an American Isabel Allende — he’s a medical historian. His writing is at its best when he’s in his element: the book’s early chapters, describing in excruciating detail the absolute horror that was nineteenth-century medicine, include some truly arresting historical writing. A description of a country doctor’s treatment of a self-inflicted axe wound in the Kellogg brothers’ father’s foot is as gruesome and engrossing as any of the more horrific segments in Saw or The Human Centipede, and hilariously peppered with footnotes pointing to the real historical sources from which Markel’s narrative is drawn. This is good writing, and well worth a read.

The Kellogg brothers spent a sizable portion of their careers jointly running an enormous luxury sanitarium in Battle Creek, Michigan. Somewhere between a hospital, research facility, and health spa, the sanitarium housed thousands of patients, hosted the era’s biggest celebrities, and provided a laboratory for the culinary experimentation that would eventually give rise to the cereal empire bearing their name. The elder Kellogg, John Harvey, was appointed to helm the sanitarium by the founders of the Seventh Day Adventist Church, to which both brothers belonged, and he ran it in a generally dictatorial fashion. Yet, while J.H. served as an essential marketer and public face for the sanitarium, day-to-day operations would have been entirely unfeasible were it not for his younger brother Will Keith, a preternaturally gifted administrator and manager. 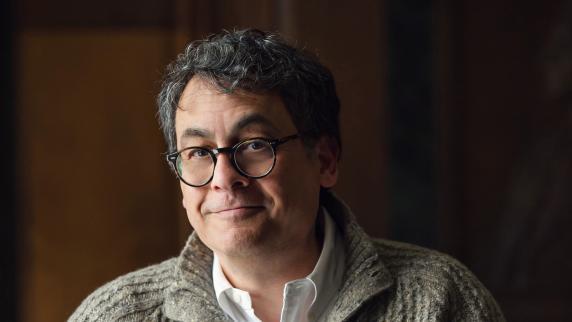 Despite the fact that W.K.’s skills were indispensable for the sanitarium’s operations, his despotic elder brother treated him like a serf for years, forcing him to work eighteen-hour days for almost no pay, verbally abusing him, and regularly demanding that his younger brother accompany him into the toilet, where he would be expected to transcribe ideas for medical articles while J.H. relieved himself. This situation naturally engendered a deep resentment that boiled over into a bitter feud— one that continued long after W.K. broke out from beneath his brother’s yoke, founded his cereal corporation, and became an Arabian horse-breeding multi-millionaire.

While the feud is an interesting and important element of a biography of the Kellogg brothers, it’s somehow much less interesting than the historical period in which they lived and played a crucial role. As such, the familial-historical drama lends itself to melodrama, when in reality (and biography), it’s more interesting to the people living it (or writing it) than to a casual observer or reader. Perhaps a third of the book — particularly the sections dramatizing W.K.’s struggles with his “inner demons” — could be cut with no danger of cheapening what is otherwise a well-researched, engrossing, and veritably illuminating biography.

Nevertheless, Markel’s book is a good — and timely — read. In a moment in which our country’s various wars, Revolutionary, Civil, World, and otherwise, are trawled for something to give meaning to our present calamities, studying the Kellogg brothers’ era and milieu is a refreshing and much-needed reminder that much of the reason why daily life looks the way it does owes not to generals or presidents, but to the works of scientists and businesspeople. Teddy Roosevelt is long gone and we’re still eating corn flakes every morning. Analogies to a certain orange proto-fascist aren’t so hard to draw. This, too, shall pass. It’s the iPhones that are here to stay.

About the author Adam DePollo