In his second novel Coyote Songs, Gabino Iglesias grabs readers by the wrist and guides them through a liminal space most readers believe exists a world away. In doing so, he illuminates the flagrant fallacy that there are some “very fine people on both sides.” Whatever lens a reader may be tempted to attach to this novel, be it crime fiction, magic-realism, transgressive fiction, or horror, they’d be mistaken. This is Barrio Noir, and Barrio Noir is Gabino Iglesias.

Labeling Coyote Songs as Barrio Noir will surely thrust unfamiliar readers’ minds into the realm of genre fiction. But a simple examination of the narrative and characters will show how it is very much a commentary on current events, on what is considered legal, and on what is carried out in the name of “making America great again.” Once the scab is peeled back and words like “invasion” and “enemies” and “criminals” are pushed out of the minds of readers, Iglesias tells the stories of yearning, huddled masses. Concerning the current division which makes the United States anything but united, Iglesias writes:

“The ties that had been severed were now many. She felt the space between her state and the next one filling up with the screams of angry ghosts. Justice had been revealed to her as a shifting, slithering beast killing her all over again. Subjectivity had crept into her system like a pack of rats and gnawed at her for days and nights…She understood that happy endings, bloody or not, belonged to the realm of fairytales.”

I first encountered Barrio Noir in 2015 when Broken River Books published Iglesias’ first novel: Zero Saints, the story of an enforcer who finds himself in the trunk of a car and taken to an abandoned house where he’s witness to his friend’s beheading, following his fingers being taken off and fed to something not of this world. Revenge comes courtesy of a Santeria priestess, an unhinged Puerto Rican Reggaetón singer, a soulful stray dog, and a Russian hitman — without giving too much away.

With the handful of interwoven storylines that make up Coyote Songs, Iglesias introduces readers to the world of those who live below America’s southwestern border and try to cross it — while also telling the tale of others who profit from the caging of society’s most vulnerable citizens. However, at the same time, he reminds readers “La frontera es un sitio malo, especially if you start caring…”

If readers find the weaving of Spanish and English throughout the narrative sometimes leaves them feeling lost, confused, intimidated, and left out, well, then, welcome to the other side. This is the story of faceless people trying to sneak across the Rio Grande, the graphic brutality stemming from human traffickers and government officials alike, Santeria offerings, cartel assassinations, and multiple murder-suicides. But in the hands of Gabino Iglesias, readers are exposed to the quotidian affairs and heartbreakingly desperate acts in language so in tune with the heart— English isn’t his native tongue —that his words shine no matter the violence within the realm of Barrio Noir. Capitol-L Literary writers should take note of Iglesias’ reflective epiphany:

“Resolve was a fickle beast. Vengeance was a capricious lover. Anger was a planet covered in water that simultaneously obeyed the pull of too many whimsical moons. Pain was an unstable variable in a secret equation written in a language that never existed. Confidence was a fragile thing dangling over a sea of crushing teeth by a thread of shadow tied to a beam of hope.”

Make no mistake, this is a children’s book. Not one meant for children, one meant for those who seem to have somehow forgotten that children are children are children. Iglesias paints a picture of those who lose their life before they come close to the border, and, in Coyote Songs, those who bear witness: “They were temporarily ashamed of being human.” Other characters proclaim, “…people on both sides of the frontera will know that fucking with kids will not be tolerated.”

Coyote Songs is an eyeopener, an invitation to step through the looking glass, an opportunity to take a look around and ask yourself whether you are content with being a bystander. It’s our fault if history continues to repeat itself. I hope, as La Bruja hopes, as Iglesias writes: “Convictions waver. Absolutes dissolve into vagueness as fury subsides, as passion drowns into repetition, as knowledge is gained, as bigger things begin to dwarf what we once thought of as monolithic beliefs.” 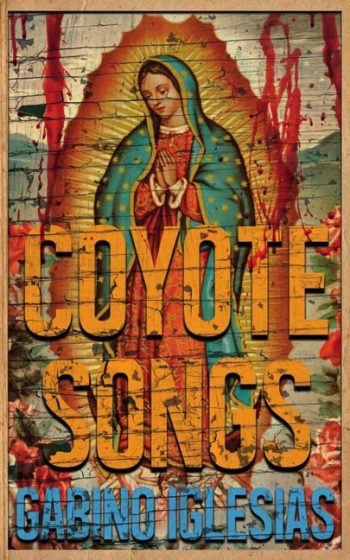 About the author David Tromblay

David Tromblay is a multi-ethnic cross-genre writer who served in the U.S. Armed Forces for over a decade before attending UW-Superior for English Literature and the Institute of American Indian Arts for his MFA in Creative Writing. His essays and short stories have appeared in RED INK: International Journal of Indigenous Literature, Arts, & Humanities, The Dead Mule School of Southern Literature, Yellow Medicine Review, Open: Journal of Arts & Letters, Watershed Review, The Nemadji Review, The Thunderbird Review, and forthcoming in FIVE:2:ONE Magazine. He currently lives in the Ozarks with his dog, Bentley.