So often, we want stories to immediately declare their secrets. We are as impatient in reading as we are in listening. In “Second Slice of Darkness,” Mehri awaits her doom in a cold, dark prison, and Hossein Mortezaeian Abkenar urges us to sit and wait with her, as much as we can from our illuminated rooms. I chose this story for its balance of clarity and timelessness—it didn’t matter when the events occurred, only that they occur. I lost myself in the rhythmic unveiling of Mehri’s reality and in Abkenar’s enchanting ability to creep under my impatience and into my anxieties. There is a tangible dread here, entangled inside the fabric of darkness. There are dreams more solid and trustworthy than reality, and dreams that are not trustworthy at all. The voices of a divided society float above Mehri, encouraging her and condemning her. What is escape? Abkenar asks. Who can you trust?

The woman guard held her shoulders and turned her slightly so that her back was to the wall.

She sat down. They had thrown a large white sheet over her head. She couldn’t see anything. It was morning. Near dawn, still dark. The corridor was empty at that hour. It was quiet. The guard must have still been standing there, otherwise she would have heard the heels of her tired shoes dragging away.

The wall she was leaning against was cold. Cement. She raised her chin a little, hoping to see something from under the shroud that enveloped her. She saw nothing. It was quiet and the cloth reeked. It reeked of darkness.

She moved an inch away from the wall so that its chill would not seep into her body. She wished she had gone to the bathroom earlier. The loudspeaker crackled and . . . it shut off. She shuddered. She realized she was sitting under it, near the door.

The night before, she had again had the dream. The girls had all stayed up until dawn for her, but they had remained silent. Only once, she heard them quietly whisper and realized they were not sleeping. Like her, who with eyes closed lay awake.

She put one hand over the other to stop them from shaking. Last night, while washing the dishes, a tin plate had slipped from her fingers and fallen on the floor with a loud clang. Nargess had hurried over and taken the sponge from her.

Her wet eyelashes kept sticking together.

Nargess had taken her hands, held them under the running water, and with her shoulder pushed her aside and stood tight against her in front of the sink. Another girl had taken her by the arm and pulled her back.

“Your turn will be tomorrow.”

But tomorrow was today, and she was sitting there waiting for her name to be called on the loudspeaker.

Her nose was running. She slipped her hand under the sheet to wipe it. The guard grabbed her wrist and yanked it away.

She raised her head up to the woman, whose face she knew was dark, with thick eyebrows and black hair above her lips. She wanted to ask to go to the bathroom . . . but she didn’t. Her nose started to itch. Perforce, she turned her head, leaned it to one side, and rubbed her nose against her arm and shoulder. And again she sat motionless. Waiting. And again there was only silence and darkness that smelled of camphor.

The tip of her nose was cold, and as she breathed, she could feel the wet spot on the sheet against it.

The night before, she had again had the dream.

The dark was spreading in every direction and the silence was growing heavier . . . she gradually stopped feeling even the length of fabric shrouding her. She felt as though she were sitting naked in dense darkness, with nothing but emptiness stretching far away. Nothing.

She listened intently. She heard nothing but the distant hiss of a fluorescent light that sounded like it was half burned out and probably glowing yellow and flickering.

May I go to the bathroom?

She thought it. There was no response. She pressed her thighs together . . . their warmth was pleasant.

The loudspeaker above her crackled again and a moment later a voice dryly announced, “Mehri A. . . . Mehri A.”

Her entire body started to convulse.

“Get up!” the woman guard snapped.

She suddenly felt drained. She could not. The guard grabbed her under the armpit and pulled her up to her feet. Her knees were weak. She took a step forward and one of her slippers stayed behind. Her feet were sweating. The guard waited for her to put it back on. With the tips of her toes she felt around and found it.

She walked a few more steps and heard the steel door open. Hard. Loud. She felt the cement ceiling silently move away and . . . fresh air. It was colder outside, the chill pressed against her sides. She needed to pee. A few people were talking a short distance away, and farther away she could hear cars. The cold snuck under her cover and her nipples hardened. She felt a drop trickle from her. The girls had told her there was an abandoned wasteland behind the prison, that it smelled of wheat, that at night you could hear dogs howling there.

With every step she took, she was careful not to let her slippers slide off her feet. One foot felt looser than the other. She pushed her toes deep in so that she could curl them and clamp onto the tip of the slippers.

Several pairs of boots stomped briskly toward her; the woman guard let go of her arm and handed her over. They must have been men; they grabbed onto the sheet covering her in such a way that their hands would not touch her as they pulled her along.

Farther ahead, the ground was no longer paved with cement. It was dirt and rocks. She hoped the woman guard was still with them. A few small stones got stuck between her toes. Each time she raised one foot, she wriggled its toes to shake them off. But a few remained trapped between her two small toes.

She wondered why the dogs were not howling.

Soon, the ground sloped upward. Then it flattened again and they walked past something that smelled putrid. As they continued down a gentle slope, she heard a commotion in the distance. She realized a crowd had been brought there ahead of time to watch… 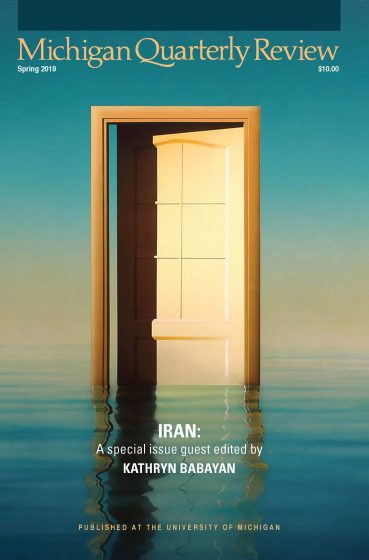