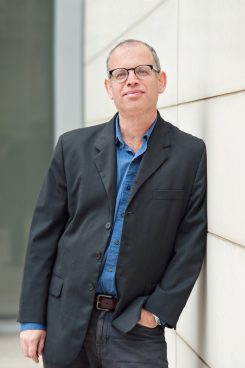 I am a literary scholar and cultural historian with specialization in modern Hebrew and multilingual  Jewish literature and culture in Palestine/Israel, Europe, and America. I have a joint appointment as a Professor of Middle East Studies and Judaic Studies at the University of Michigan.

I am the author of two award winning books, A Rich Brew: How Cafés Created Modern Jewish Culture (NYU Press , 2018; paperback 2019),  and Literary Passports: The Making of Modernist Hebrew Fiction in Europe (Stanford University Press, 2011). My third book (in progress) is A Silent Language? Yiddish in Israeli Literature.

I am the editor of Women’s Hebrew Poetry on American Shores: Poems by Anne Kleiman and Annabelle Farmelant  (Wayne State University, 2016), and  the editor of In the Place where Sea and Sky Meet: Israeli Yiddish Stories (Magnes Press, forthcoming 2019), in Hebrew. I am also the co-editor of Hebrew, Gender and Modernity: Critical Responses to Dvora Baron’s Fiction (Maryland, 2007).

I am the director of an international collaborative research project: Below The Line: The Feuilleton, the Public Sphere, and Modern Jewish Cultures, supported by a grant from the National Endowment for the Humanities.  The project examines the newspaper feuilleton during the 19th and first half 20th in many languages, geographic locations, and disciplinary perspectives.

I publish articles in scholarly journals, as well as in The Washington Post, Ha’aertz, The New Republic, The Jewish Week, and other journals and newspapers. I lecture widely  around the world on all aspects of my research and writing, and as part of the the AJS Distinguished Lectureship Program.

I teach a variety of courses in English and Hebrew for undergraduate and graduate students. I am also teaching a course abroad in Tel Aviv and Jerusalem. I integrate technology and Digital Humanities in my scholarship and teaching.