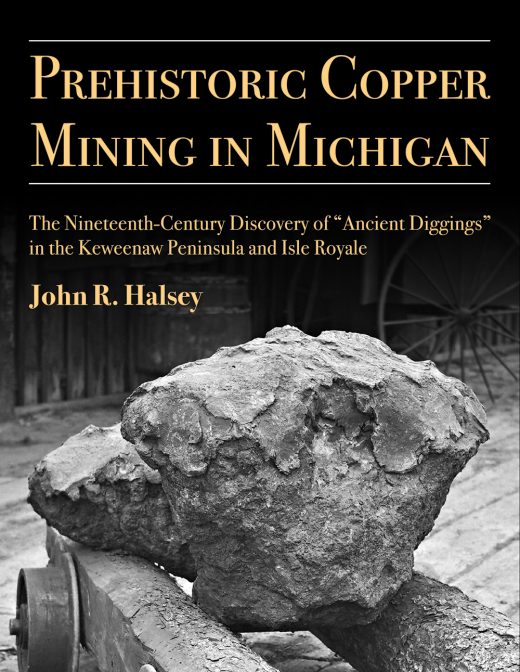 Explorers in the nineteenth century found many pits and tools along rich copper seams in Michigan’s Upper Peninsula–evidence that prehistoric inhabitants mined copper there for thousands of years. John Halsey, former state archaeologist of Michigan, tells the story of those who discovered the ancient mines in this thorough and engaging tale. 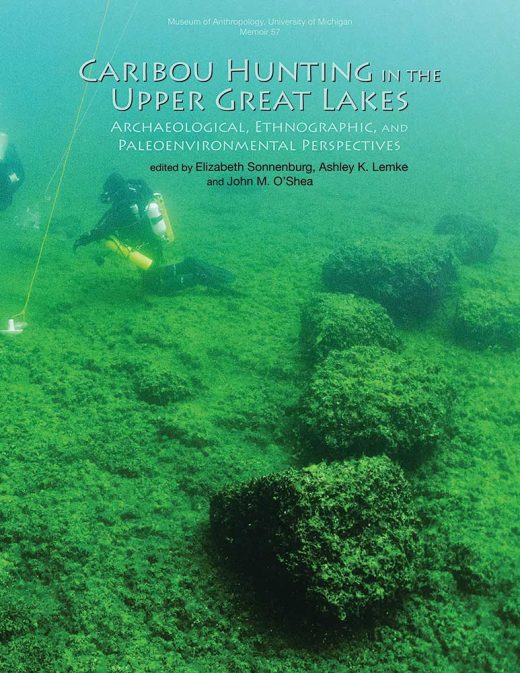 Bringing together American and Canadian scholars of Great Lakes prehistory to provide a holistic picture of caribou hunters, this volume covers such diverse topics as paleoenvironmental reconstruction, ethnographic surveys of hunting features with Native informants in Canada, and underwater archaeological research, and presents a synthetic model of ancient caribou hunters in the Great Lakes region. 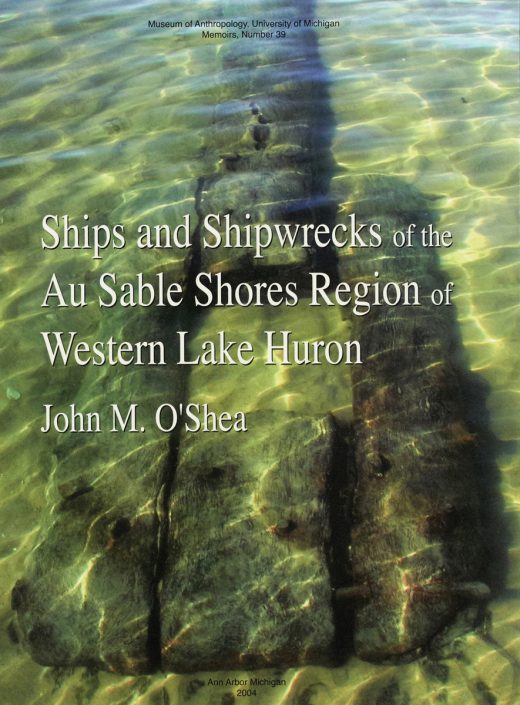 Focusing on an area of coastline particularly known for vessel strandings, this volume includes histories of more than 50 lost vessels; a description of the remains of vessels and wreckage documented during archaeological research; an analysis of shoreline change in the last 150 years; and a model for matching wreckage to lost ships. This book will be of interest to archaeologists, historians, and anyone who loves the Great Lakes. 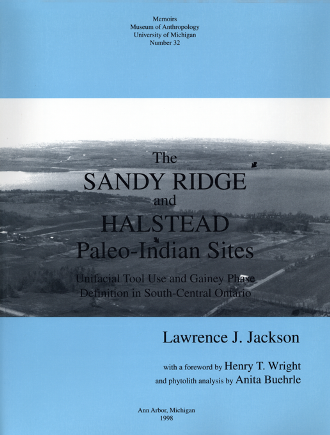 This study fills in some missing links in the Michigan-Ontario Paleo-Indian record. Jackson focuses on the Gainey phase. 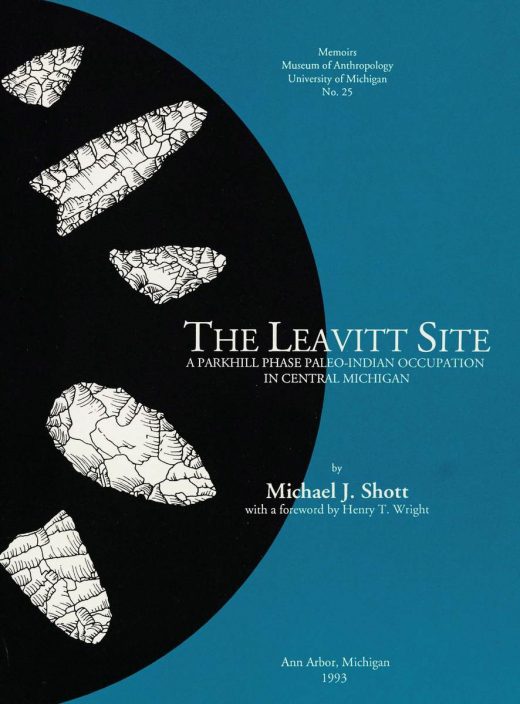 This illustrated monograph is an innovative analysis of forager archaeology in general and Paleo-Indian studies in particular. This is a companion volume to Thedford II: A Paleo-Indian Site in the Ausable River Watershed of Southwestern Ontario (Memoir 24). 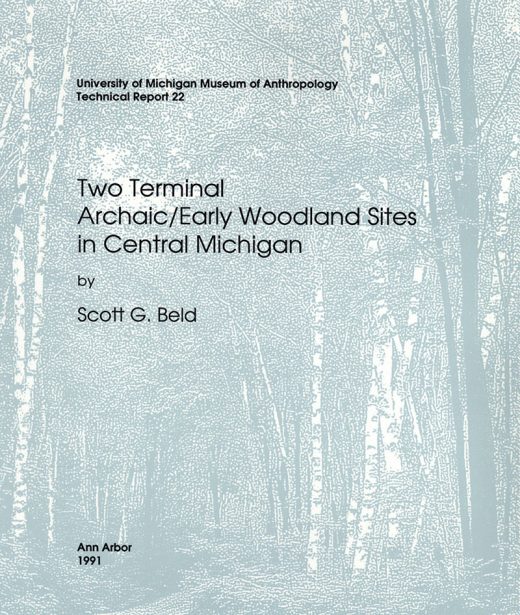 This volume contains the analysis of two prehistoric sites in Gratiot County, Michigan. The author presents a description of the features and artifacts from both sites and discusses the possible cultural affiliation of the sites, which he dates to the Terminal Archaic/Early Woodland. 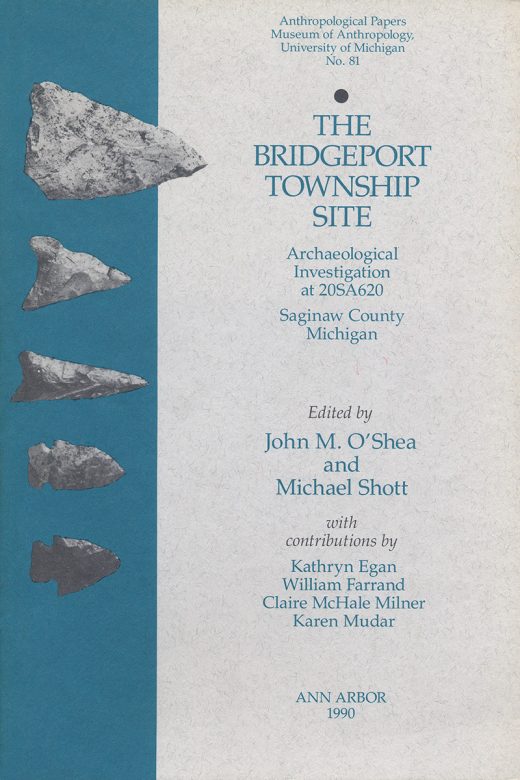 Excavations at the Bridgeport Township site (20SA620) revealed a wealth of information about the Saginaw Valley’s prehistoric inhabitants. For roughly 3,000 years, from about 1500 BC to about AD 1500, people used this site. 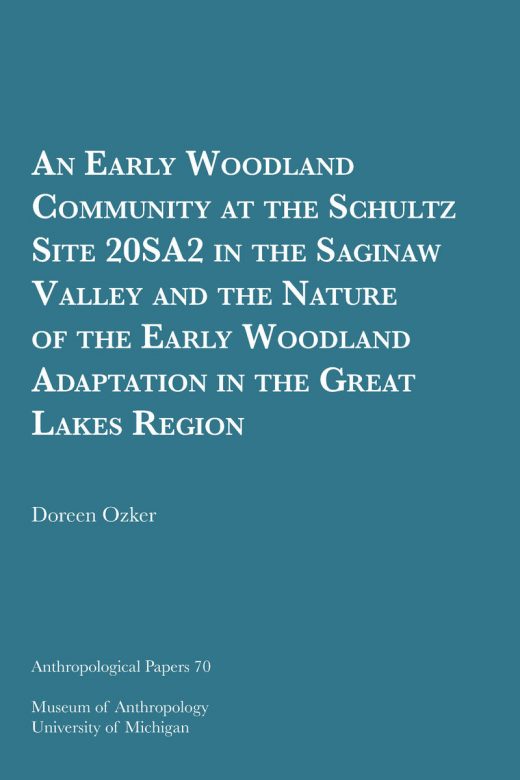 The Schultz site is an Early Woodland site on the Tittabawassee River in Saginaw County, Michigan. In this volume, author Doreen Ozker describes the site: its stratigraphy and plant and faunal remains, as well as ceramics and lithics. She also situates the site in the context of the Early Woodland community. She distinguishes Late Archaic and Early Woodland from each other, and as a result, redefines Early Woodland culture. 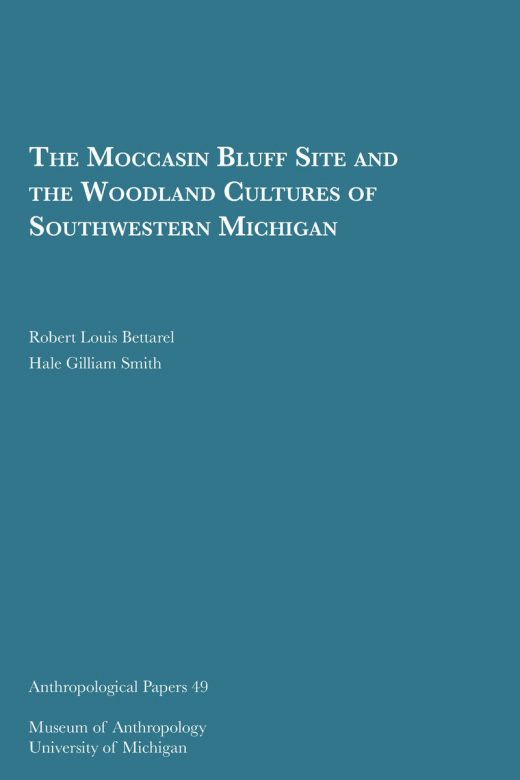 In this volume, the authors report on the excavation of Moccasin Bluff, a prehistoric site on the banks of the St. Joseph River in Berrien County, Michigan. The features and artifacts (including lithics, ceramics, and stone and bone objects) indicate a series of occupations over roughly 7500 years: from Archaic times to European contact. Betterel and Smith present descriptions and analyses of the structures, artifacts, and burials found at the site. They also situate the site within the Woodland cultures of the region. 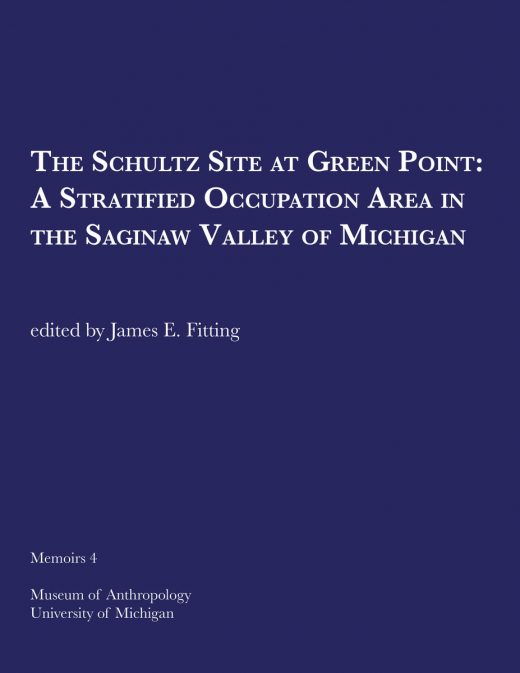 In this volume, editor James E. Fitting compiles research and analysis on the Schultz site, a key archaeological site in the Saginaw Valley of eastern Michigan. Ten contributors, including Fitting, write on the features and artifacts found during years of excavation at this important site. Fitting also includes a review of the general patterns of cultural development in the Saginaw Valley. 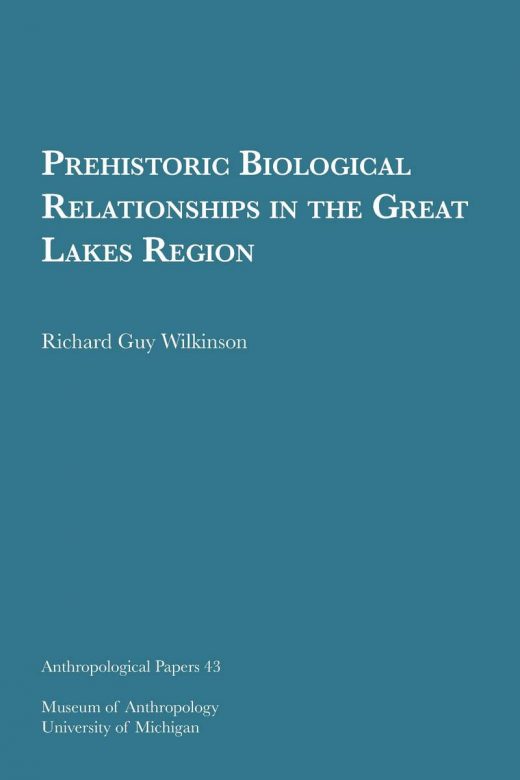 In this work, author Richard Guy Wilkinson presents an examination of the biological relationships among certain Middle and Late Woodland populations from the Great Lakes area. He studied the skeletal material from many Midwest archaeological sites, including Juntunen, Younge, Bussinger, Steuben, and Norton Mounds (the largest Hopewellian complex in Michigan). His research attempts to answer questions related to Illinois Hopewellian migration into Michigan; the relationship of Middle and Late Woodland populations in Illinois and the Great Lakes area; and the apparent causes of these relationships. 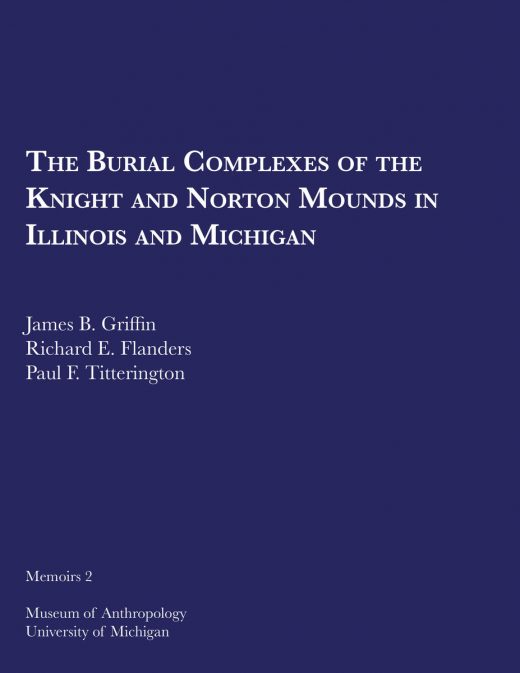 In this volume, the authors collect data from various sources on the excavations of two groups of prehistoric burial mounds: the Knight Mound Group in Calhoun County, Illinois, and the Norton Mound Group in Kent County, Michigan. Includes more than 200 b&w maps, illustrations, and photographs. 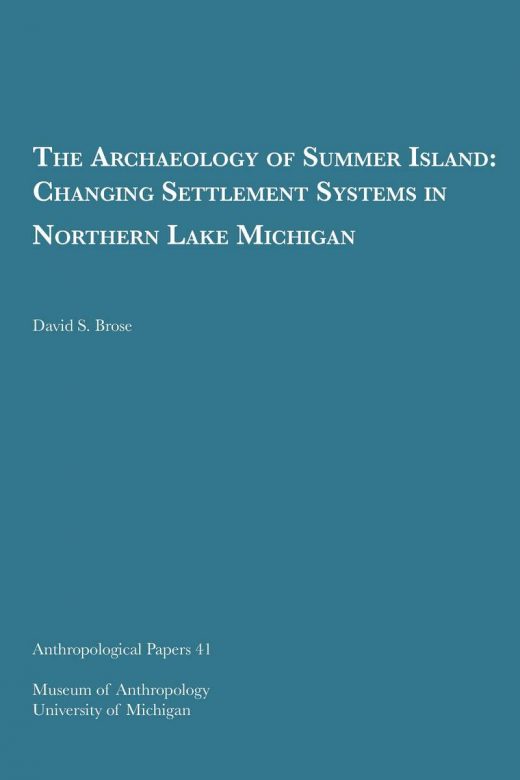 This work interprets some aspects of the prehistory of the basin of northern Lake Michigan based on the excavation and analysis of the Summer Island site. Brose describes the excavation and the geomorphology of the site, and reports on the site’s features and artifacts, including ceramics, lithics, copper, and bone. The site contained three components: Middle Woodland, Late Woodland, and protohistoric. Brose analyzed these components in terms of material culture, economic adaptation, and social organization. 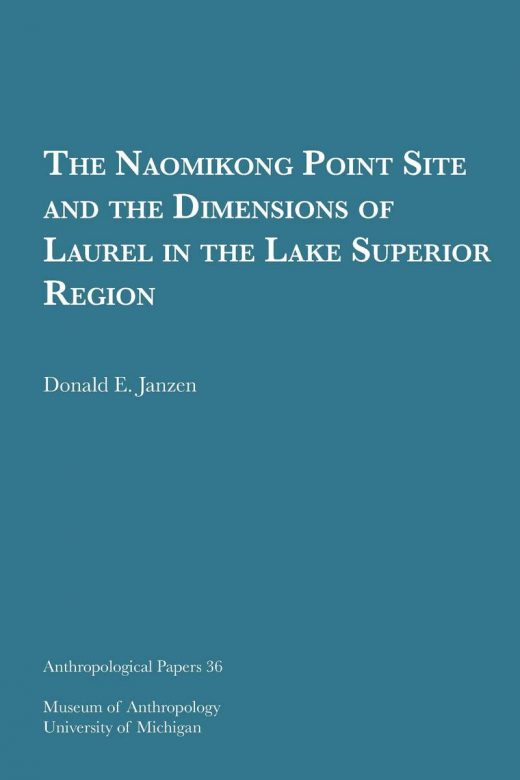 This work presents a description and interpretation of the archaeological material from the Naomikong Point site in Michigan’s Upper Peninsula. Author Donald E. Janzen discusses the site, which he assigns to the Laurel culture, in terms of its relationship to other northern Middle Woodland sites. 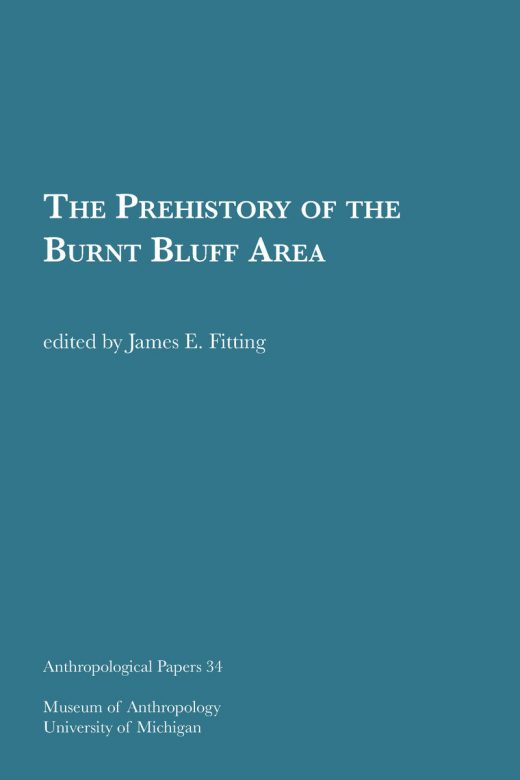 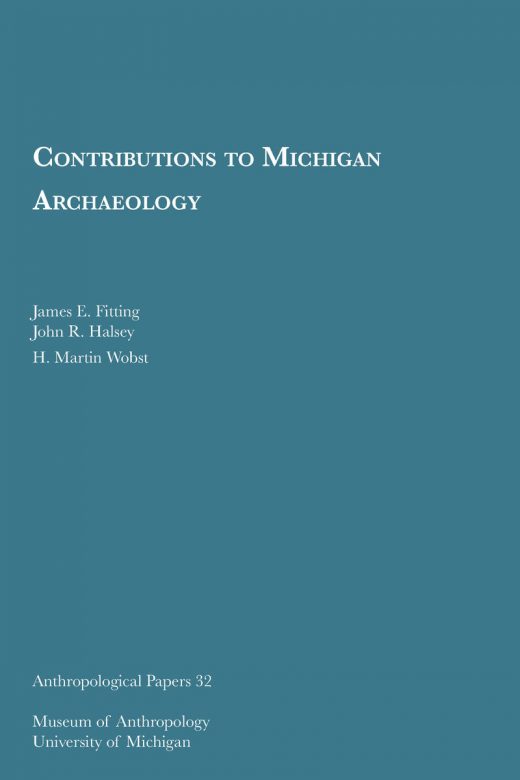 Three Michigan archaeological sites are covered in this report: the Spring Creek site, in Muskegon County; the Springwells Mound Group, in Wayne County; and the Butterfield site, near Lake Huron in Bay County, Michigan. 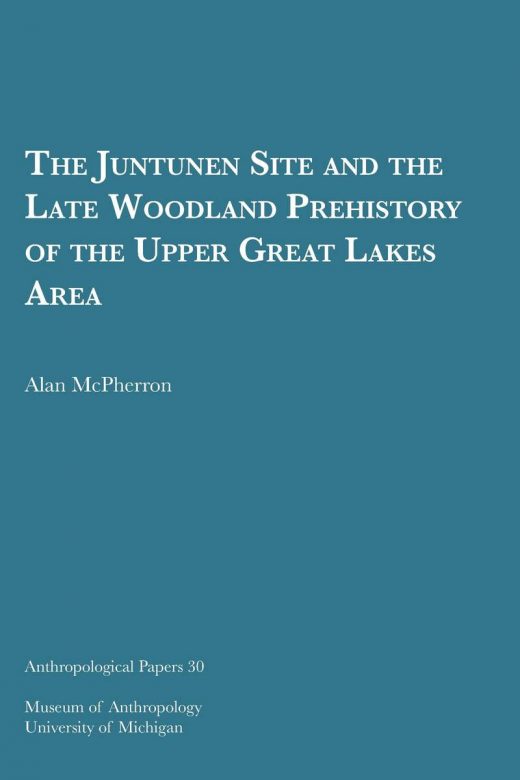 The Juntunen site was primarily a lakeside fishing village where sturgeon and whitefish were taken during their spawning season. The site, which is about 600 feet from the shore of Lake Huron, on the west end of Bois Blanc Island, was inhabited at intervals between about AD 800 and AD 1400 and is considered a Late Woodland site. In this volume, author Alan McPherron describes and analyzes the archaeological remains found at the site, including pottery, lithics, copper, bone, burials, and habitation features. 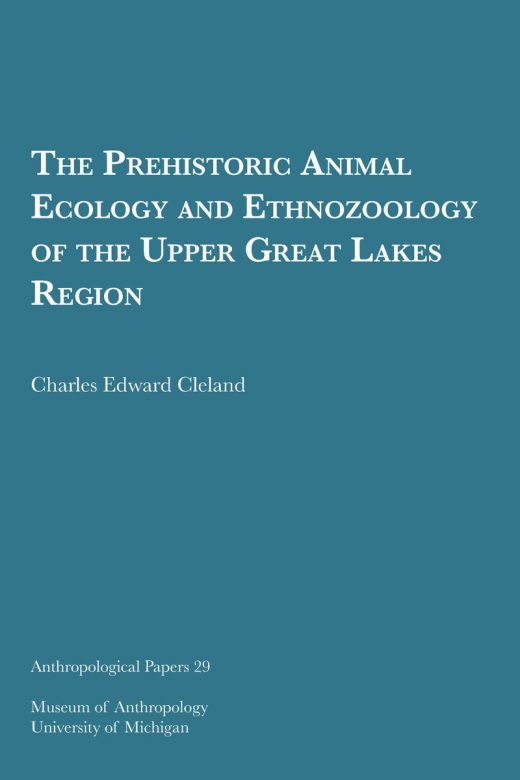 Charles Edward Cleland presents an analysis of the paleoecology and ethnozoology of the Upper Great Lakes from about 12,000 BC to AD 1700, with particular attention to faunal remains found at sites in Michigan and Wisconsin. The nine appendices were originally compiled as faunal reports for archaeological sites in the region. 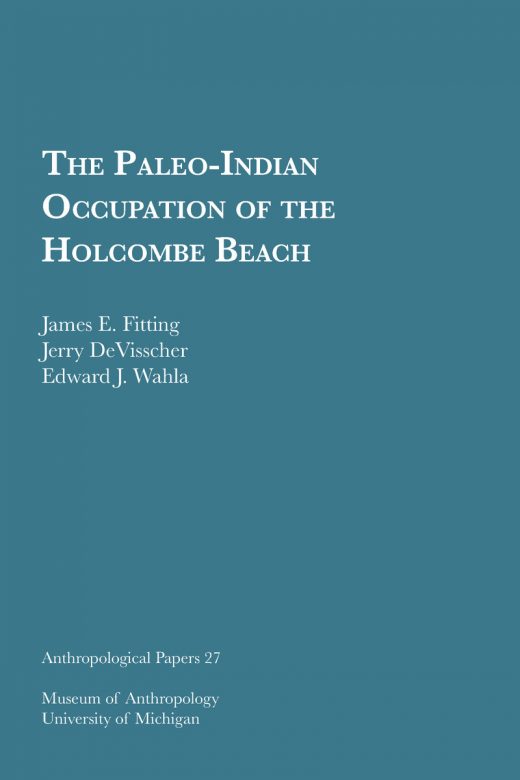 The Holcombe site, in Macomb County, Michigan, was occupied about 11,000 years ago. At that time, it was situated on the shore of glacial Lake Clinton. In this volume, the authors describe their excavation of this site and the artifacts they found, including thousands of chipped stone tools. They also describe other Paleoindian sites along the ancient Holcombe beach and compare this site with others in the area. 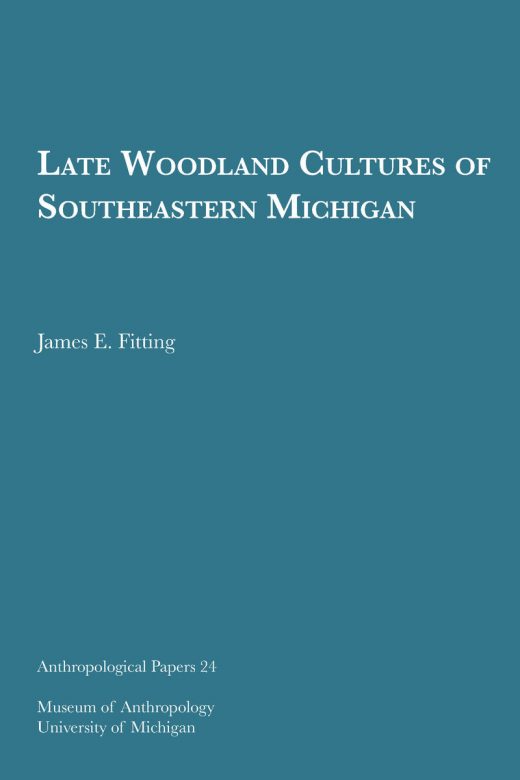 James E. Fitting provides an overview of archaeological material from sites in southeastern Michigan. His primary focus is the Riviere au Vase site (also called the Graham site, the Greene School site, and the Mud Creek site), in Macomb County, which was excavated by Emerson Greenman and others in 1936 and 1937. At this Woodland site, the investigators found burials, ceramic and lithic artifacts, and faunal remains. Fitting also writes about the Fuller sites and the Verchave sites. 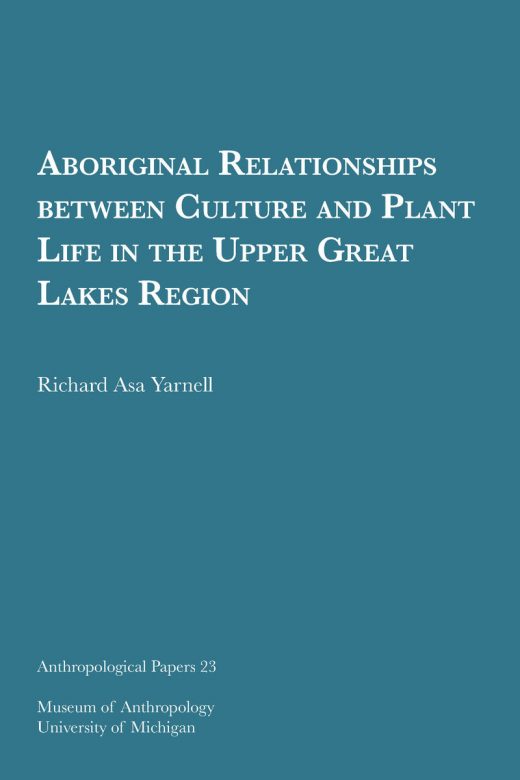 Using the ethnobotanical laboratory at the University of Michigan Museum of Anthropology, as well as ethnographic and archaeological data, Richard Asa Yarnell reported on the prehistoric use of native plants at archaeological sites in the Midwest, including Feeheley and Juntunen. Includes eight appendices on tribal plant use. 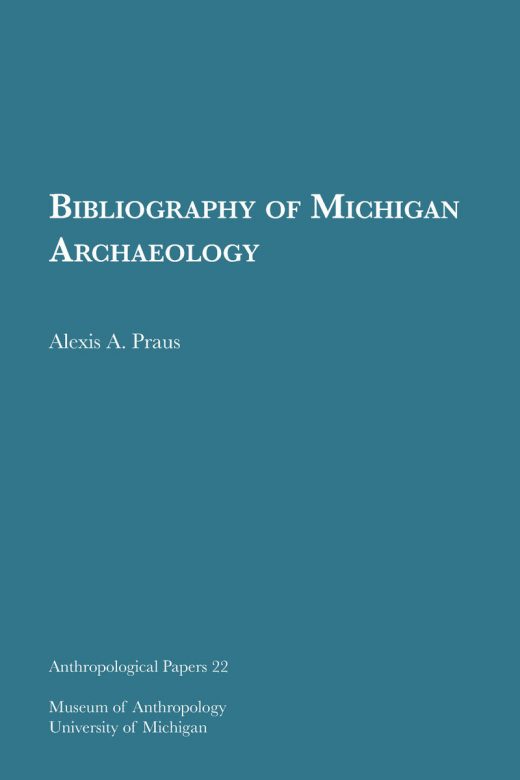 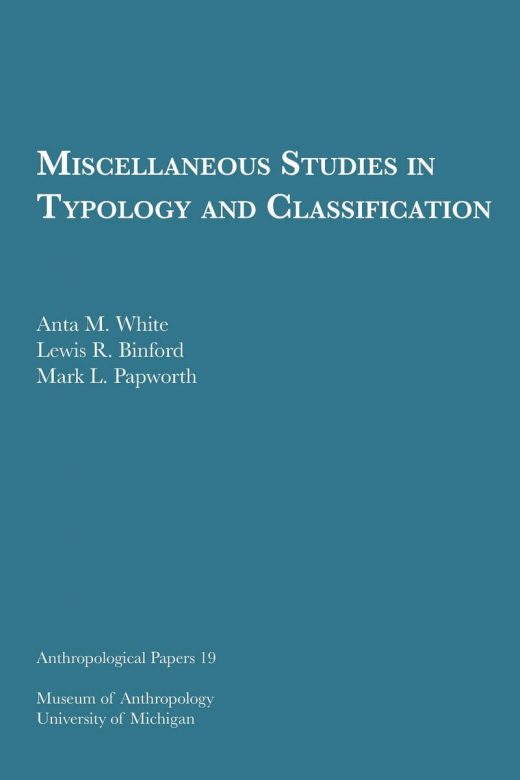 This volume includes a report on excavations at three Late Archaic sites in Michigan: the Eastport site in Antrim County, the Hodges site in Saginaw County, and the Pomranky site in Midland County. White contributes a description of chipped stone from the Snyders site in Calhoun County, Illinois, and Binford provides a proposed attribute list for classifying projectile points. 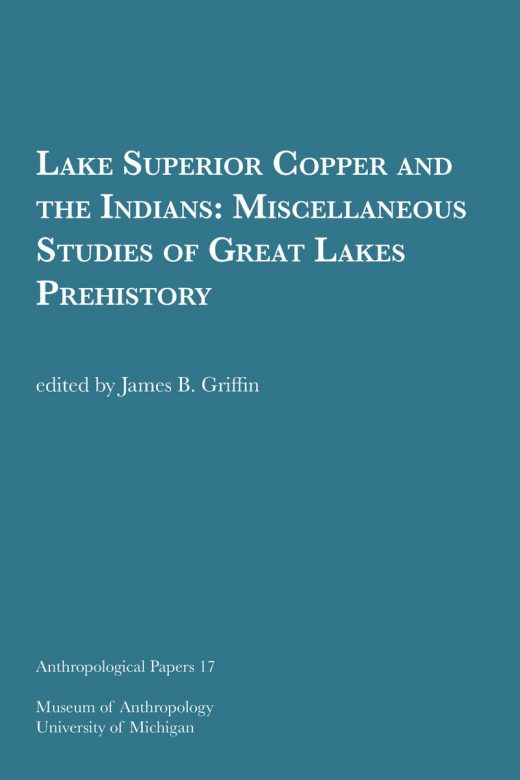 In this classic work, editor James B. Griffin presents research on the prehistoric inhabitants of the Lake Superior region. Griffin and Roy W. Drier report on Isle Royale excavations and archaeological finds; Griffin and George I. Quimby write about prehistoric copper pits and related artifacts in Ontario and Manitoba; William C. Root reports on copper artifacts from southern Michigan; and Tyler Bastian writes a review of metallographic studies of prehistoric copper artifacts in North America. 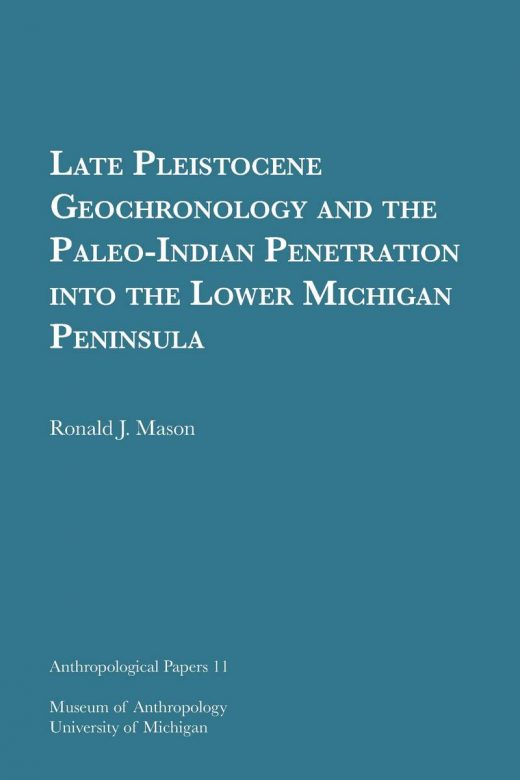 Ronald J. Mason examines the prehistoric geochronology of the lower peninsula of Michigan and the presence of specific projectile points from various counties to assess the evidence for Paleoindian people in the region.