Excerpts and curios from around the web:

Do cyborgs and automatons haunt your waking dreams? You’re not alone. “An automaton symbolizes the creepy resemblance between us and the clockwork mechanisms we’ve invented,” Michael Peck writes in a recent piece for Lit Hub. Drawing from Vaucanson’s digesting duck to “Moxon’s Master,” the Ambrose Bierce story featuring a murderous, chess-playing android, automata can be studied as a precursor to modern fears regarding artificial intelligence. “Initially, automata were designed as frivolous objects: clockwork tableaux, begemmed tigers and swans, a prototype of the contemporary condiment spinner, dancing metal ladies. But designing these trinkets led to a flood of techno-industrial breakthroughs for the savviest court mechanicians, whose tinkering would lead to the Jacquard loom and advances in hydraulics. Ultimately, automaton-making was the underground laboratory of the Industrial Revolution. Concomitant with its scientific purposes, the pursuit of complicated toys during the Enlightenment laid bare the frightening symmetries between man and machine.”

Animals: they’re just like us! They may not be able to weep or operate a rotary drill, but that doesn’t make them any less intelligent. A new book out from Frans de Waal, Are We Smart Enough to Know How Smart Animals Are?, makes the case for what humans can learn from nonhuman cognitive processes. Alison Gopnik writes for the Atlantic:

“Psychologists often assume that there is a special cognitive ability—a psychological secret sauce—that makes humans different from other animals. The list of candidates is long: tool use, cultural transmission, the ability to imagine the future or to understand other minds, and so on. But every one of these abilities shows up in at least some other species in at least some form. De Waal points out various examples, and there are many more. New Caledonian crows make elaborate tools, shaping branches into pointed, barbed termite-extraction devices. A few Japanese macaques learned to wash sweet potatoes and even to dip them in the sea to make them more salty, and passed that technique on to subsequent generations. Western scrub jays “cache”—they hide food for later use—and studies have shown that they anticipate what they will need in the future, rather than acting on what they need now…. As de Waal recognizes, a better way to think about other creatures would be to ask ourselves how different species have developed different kinds of minds to solve different adaptive problems.”

The roller rink is a place to kick back with friends, tuck peppermint schnapps into your bell-bottoms, and bum cigarettes off a kid named Mean Tony. Or at least that’s the vibe photographer Bill Yates captured while documenting patrons of the Sweetheart Roller Skating Rink outside Tampa in the 1970s. “For forty years, the project sat forgotten until, at the urging of his family, Yates began to process the negatives,” writes Jeff Rich for the Oxford American’s “Eyes on the South” series. His black-and-white images echo those of the master photographers Garry Winogrand and Diane Arbus; in candid scenes of life at the roller rink, Yates manages to convey the unexpectedly profound, with a Floridian edge.” The pictures are now being collected into a book by Fall Line Press.

Was Duchamp’s famous urinal actually the brainchild of a German baroness named Elsa von Freytag-Loringhoven? Yes, apparently, though good luck updating all those Intro to Modernism textbooks. Our own Kevin Buist tells the story in the second installment of his series on avant-garde art pranks:

“The female friend was a German baroness named Elsa von Freytag-Loringhoven, who lived from 1874 to 1927. After her aristocrat husband abandoned her, she continued to keep rarified company with the cultural elite of New York. She simultaneously attracted and repelled a string of noteworthy personalities, including Ernest Hemingway and Ezra Pound. She even had poems published alongside excerpts of James Joyce’s Ulysses. She was a hoarder and a junk collector, filling her apartment with various knick-knacks that she reassembled into artworks. On April 6, 1917, Elsa was enraged when the US declared war on Germany. She submitted the urinal to the Society of Independent Artists as a protest. ‘Armut,’ the homophone of ‘R. Mutt’ in German, has multiple meanings, including ‘poverty’ or ‘intellectual poverty.’ Elsa revealed the ‘intellectual poverty’ of the Society by tricking them.”

People like to talk about “going off the grid,” but usually it’s a load of water cooler bullshit. Not so for the formerly homeless Daniel Pike, who in 2012 abandoned London (and its housing crisis) to build a sustainable, solar-powered mudhut in the forest.

For that he is a more useful human than you or me, but Britain’s Woodland Trust might soon be giving him the boot. According to a Oobah Butler’s write-up in Vice: “The trust argues that it has to look at the possible impact Daniel could have on the site, and the other 1,000-plus sites across the UK. They say that allowing Daniel to remain living in the woods could set a ‘precedent for this type of occupation to occur across all of our sites.’ Fair point—but it doesn’t matter how you rationalize it; you’re still smashing down somebody’s place and leaving them homeless.” As for where Pike developed the skills to build his dwelling, he credits Bruce Lee, Dragon Ball Z, and working at Tesco: “Most of my learning came after from trial and error. I’d been building before with shacks and stuff, but everything failed, so I had to learn. It’s within everyone. [People] have got it within them to learn. Nature teaches you, and you teach yourself.” Pike’s friends have set up a fundraising page to pay for potential court fees.

“Trump may look like a rancid creampuff in a Brioni suit,” writes Elizabeth Schambelan for the Los Angeles Review of Books, “but his crass language serves the function of a ripped physique in a ripped T-shirt, projecting a Stanley Kowalskian virility.” In her analysis of Klaus Theweleit’s underground classic, Male Fantasies (1978), Schambelan draws comparisons between the “fascist masculinity” of ultra-right-wing militias across post-WWI Germany and the particular clash of political sensibilities evident in the current election cycle:

“As theorized by Theodor Adorno, pseudo-conservatism is a political orientation that blends radical and reactionary impulses in contradictory ways but ultimately seeks the institution of an authoritarian regime. The hard-right Tea Party populism efflorescing under Trump is not fascism. But when fascism and Trump’s populism are juxtaposed under the rubric of pseudo-conservatism, certain ominous resonances do suggest themselves. Instead of overt militarism, we have the paramilitary fetishes of Minutemen and hunters who shoot bears with assault rifles. Instead of expansionist nationalism, we have a revanchism within our own borders, a drive to ‘make America great again’ by retaking territory lost to minorities, women, immigrants, etc. Instead of—or, I guess, in addition to—a vast population of traumatized veterans, we have a vast ghost-army of workers traumatized by economic instability; and instead of being enraged by the prospect of humiliating, low-paying desk jobs, they are enraged by the prospect of humiliating, low-paying service-industry jobs. Adorno finds that the yearning to blow up ‘the whole noxious world’ is present in American pseudo-conservatism as well: ‘The pseudo-conservative is a man who, in the name of upholding traditional American values and institutions and defending them against more or less fictitious dangers, consciously or unconsciously aims at their abolition.’” 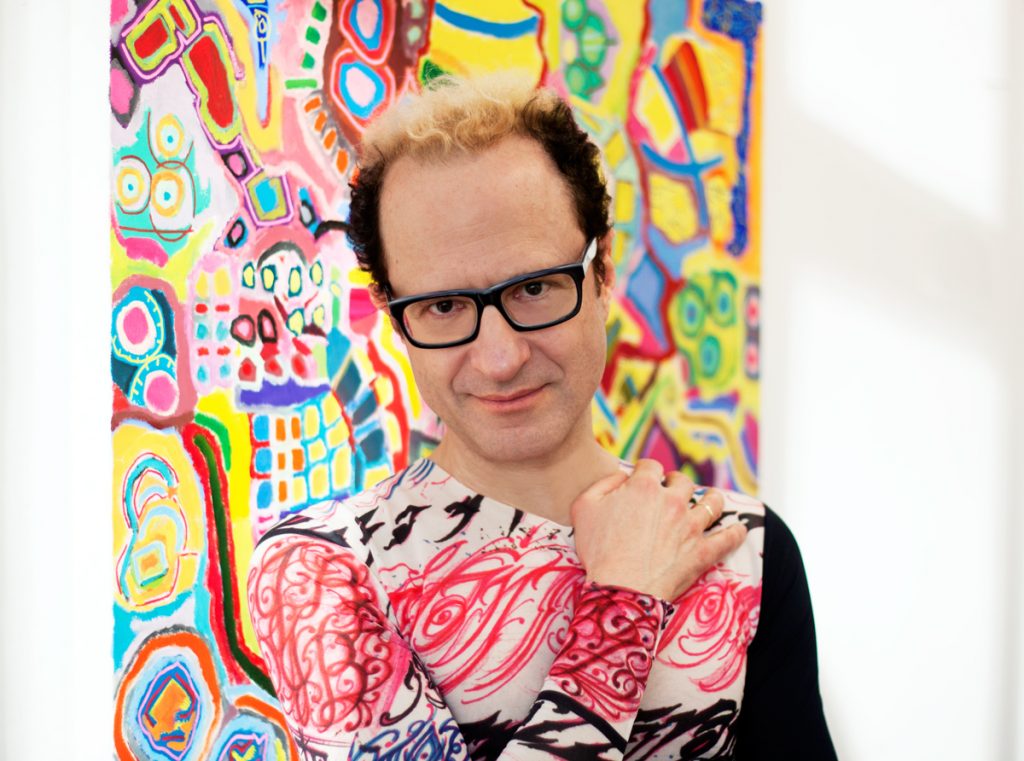 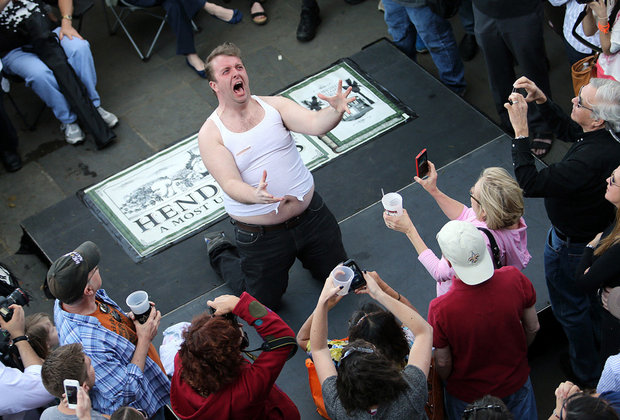 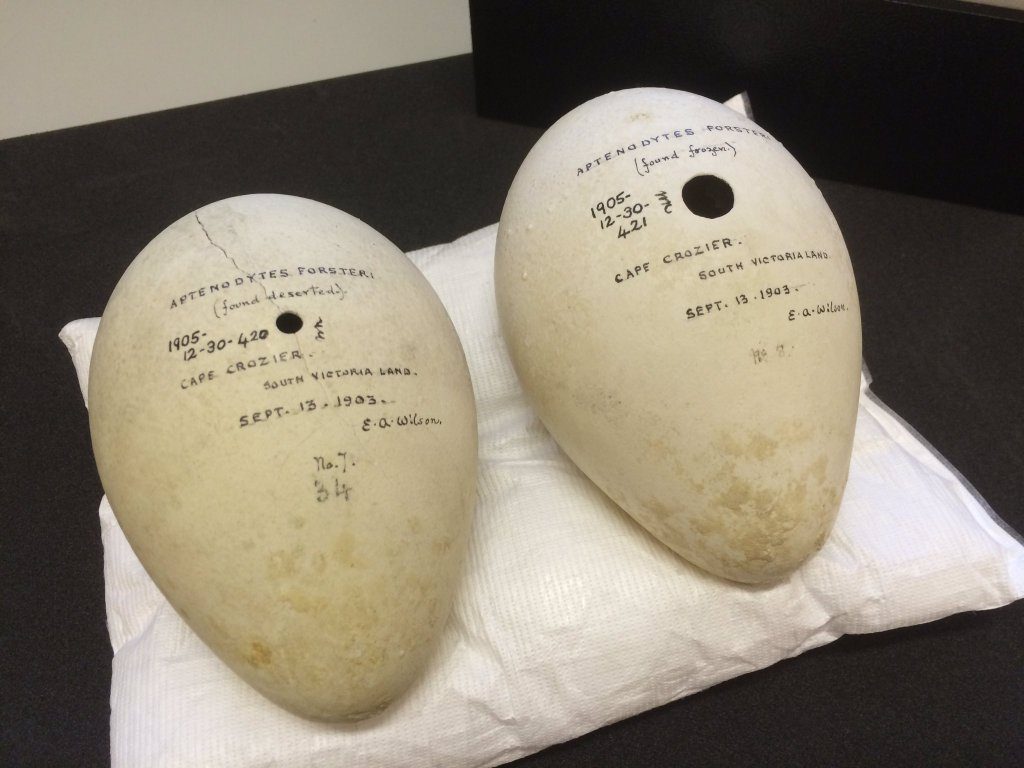