In the preface to his latest book, Census (HarperCollins, March 2018), Jesse Ball tells readers the book is not about what it is about. He wanted to write a book about the loss of his brother who lived with Down syndrome; in the end, he wrote a book about a traveling, dying man who must perform a census of an unknown, magical nature. The man travels with his son who may or may not have a disability like Down syndrome. The preface underscores the meaning of the novel, as do the real-life photos of Ball’s brother at the end of the book. In an interview with the Rumpus, Ball notes the “double-appearance” of these photos. He wanted to be clear about their meaning, adding that “whatever complication appears is intrinsic to the matter.”

The terminally-ill narrator administers the census in a landscape vaguely resembling some rural chain of towns in Bavaria or the Hudson valley. A real census measures populations, uses metrics and quantitative data, marks down a record of the numbers. In Ball’s book, however, the census taker makes qualitative inquiries before inking tattoos on the bodies of the citizens he interviews. Etymologically, a census “assesses.” A census may be administered to determine a tax; in Ball’s novel, that tax may be death. The census likewise assesses a life: a career, number of offspring. But it will not record you: “The census is a document that does not care about names.” 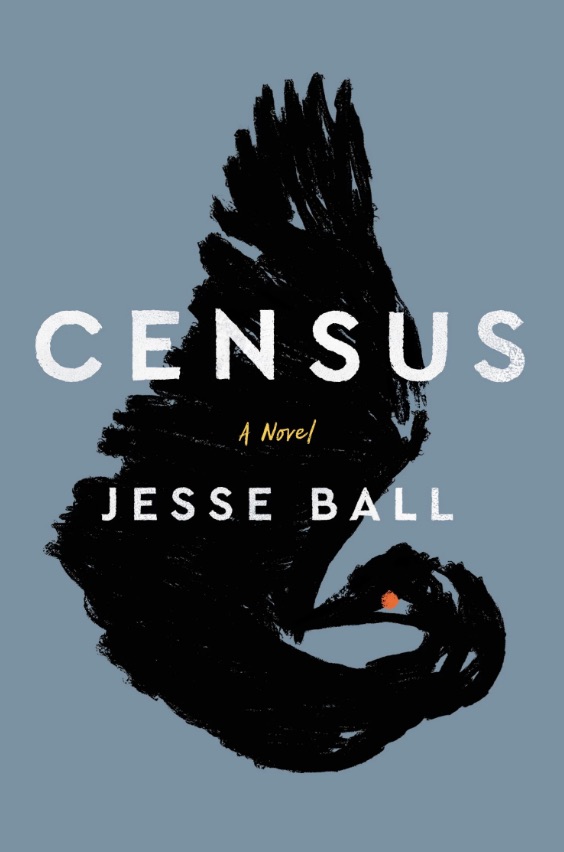 Many characters in the story make contradictory statements. The man says he is and is not a census taker; the chief of the mysterious census bureau declares that he cannot be a census taker and also deploys him to perform the census. Philosophers of language like to say that to make a metaphor is to say something is and is not. The late Donald Davidson gives this example: We can judge the sentence “Tolstoy was a great, moralizing infant” as an accurate metaphor — as true, in one way — even while we know that the mature writer was not actually a baby. Shakespeare can write that “Juliet is the sun,” and we know what this means for Romeo. We also know that Juliet is not a flaming ball of gas.

Davidson’s metaphors example are simples one; Ball’s exceeds them by many orders of magnitude Metaphors in literature, of course, are greater than the sum of sentences, lines, or stanzas. Census does not resolve into a lesson like a fable, a comparison like a simile, or an analogy like Animal Farm. The novel, like any metaphor, places on the reader’s face a set of glasses. The metaphor works not when you can see precisely what Ball means. Instead, the full effect of the metaphor is to make the reader both see an image and see how she is struggling with this double vision.

The man’s son does not understand the census, but he enjoys performing it with his father. The boy lives only in the present, unable to recall the past even to take responsibility for his actions. The boy lacks — or enjoys — the present; his disability means he doesn’t focus on remembering the past or imagining other worlds. In other words, he only experiences what is without metaphor. He doesn’t ask what hides behind appearances:

The idea that someone could tell you the meaning of something that is before you — let us assume a thing is before you in its entirety and you do not know its meaning, and so you expect someone to give it to you — this is foreign to him… looking at a hare or a geode, he would not ask what it means… What does it mean?

The father, though, asks what the hare means. Is it the case that the hare — the thatch-furred mammal — also means another thing? The man no longer sees animals. The man speaks often of a career as a surgeon that he abandoned, of a wife that he lost. He sees each event through the lens of this loss. He compulsively asks, Is there something here among the living, some meaning in existence that we cannot ask about, let alone see, any more than the boy can?

Ball’s narrator explicitly expresses concern with theories of truth, with the layering of metaphor and metaphysics over or under reality. To persuade citizens to submit themselves to the census, he tells them an intimidating and perhaps true story. He argues that it is best to give up now and let him put a tattoo on their bodies: more and more census takers will descend, and “the conditions of the census will become crueler.” Through much of the book, the man seems gentle with his subjects; here he seems to threaten them. But he explains that his argument as to why they should submit may be appropriate and helpful, even true:

When I came up with the argument, I was a bit concerned about its veracity, as, in so far as I understand the matter, there are not and will be no other census takers assigned to this region. But, then I considered the matter metaphysically and then I considered the matter metaphorically and what I came to was: certainly though no one will come, there is a way in which each person wants to be known, and if this person permits some basic misanthropy (basic to us all) to rise up in himself or herself and thereby thwart the census, then it is only to himself, to herself that he or she does harm… So, I am merely stating the opposite of what is true, and as they say in hell, a thing can only be as true as its opposite.

In this hell, speakers cannot speak; language does not work. They are alone and cannot reach the world with a word or a phrase pointing to a meaning; nothing means anything because there is no longer a world. There are no contradictions, no metaphors. This book left me crying — streaming, not just tears in the corners of the eyes crying. But it does not ask for intimacy. Like an old dog, the book asks for respect, not the sympathetic response given to puppies.

The language is antiqued and formal, the syntax extended. The language turns without contractions, via extended recursive sentences, from action to philosophical statements. For example: “One can take this as a sort of principle, so my wife told me — that we must be positioned within our deceptions in such a way that we can be afforded the maximum continued delight. It is useless to be Atlas.” The wife is merely describing how it is to watch some people pretend to fall over in a boat. The language is so formal it is hard to imagine his wife actually having said that; the impression is instead that the narrator is using his wife as a foil for his own reflections.

In this formal language, a puzzle is posed. The people do and do not fall over in the boat. Miming falling over in the boat is a metaphor for all the joy we have merely through watching, through mime, mimesis, literature, art. The son, joyously living only in the present, has and has not suffered life; he tells his parents he wants to be in the boat, not watch it.

As in language, the man finds there is an appropriate way to conduct himself in the homes of the citizens. They must invite him into their living rooms, to mark their bodies. This formality echoes the way metaphors must be held out in appropriate contexts. Davidson argues that metaphors are not magical, untranslatable language, but merely appropriate language. A metaphor is language that we can recognize as metaphor because it is presented in the right context. When most speakers or readers encounter a metaphor they know that it’s a metaphor — they know it is appropriate, though puzzlingly, they may not know what it means. To speak of certain things to each other we must be able, at appropriate times, to see what is and what is not and let these meanings exist side by side.

When the man decides on formality, he puts himself in the place of citizens — something he can and cannot really do — he acts ethically. In the words of philosopher Paul Ricouer, a metaphor shows us how we can see what is and what is possible; this is the fundamental imaginative act of the poet and of ethics—we can see both the wrongs in our actions and what ought to be. “If there is another world, it is in this one,” wrote the poet Paul Eluard. Of course, also, there is no other world.

The critic, says Davidson, is in “in benign competition with the metaphor maker.” Trying to tell you what the metaphor in Census means is doing the work that the metaphor maker has set out. I can’t give you the meaning of this excellent book; I can only give you a metaphor that is appropriate: Ball takes the material of experience, folds it into an origami bird, a representation. Then, the bird unfolds. It is bird, and it is not. 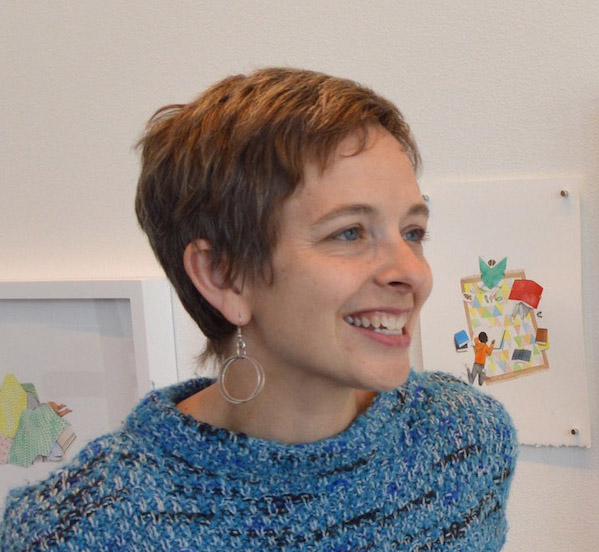 Kascha Semonovitch’s essays, poems and book reviews have appeared in journals such as Quarterly West, The Bellingham Review, The Rumpus and The Kenyon Review. She holds PhD in philosophy from Boston College, an MFA in poetry from Warren Wilson, and has received a fellowship at the MacDowell Colony. As a philosopher, she has edited two collections of essays and written numerous articles, most recently in Simone Weil and Continental Philosophy. Find out more at kaschasemonovitch.com, or follow her on Twitter @mskascha.