A long awaited paper by Semaw et al. 2020 just came out with 2 Homo erectus crania and associated stone tools from Gona in the Afar region of Ethiopia. Naomi started working at Gona as a MS student in 2001 and worked on the stratigraphy associated with the DAN5 cranium. She continued to work on the geology of these strata up there her time at UM and led the geologiy on this paper. Check out the UM News Release on the study. Naomi with Bob Butler (then at University of Arizona) at Gona in February 2003 working on the magnetostratigraphy of the Busidima Formation. This work contributed to our understanding of the age of the DAN5 and BSN12 crania, described in Semaw et al. 2020. Naomi was between her MS and PhD at the time, working as a tech at the University of Arizona. Photo credit: Jay Quade (Univ. Arizona).

A set of Nature papers was just published on a new find from Woranso-Mille, Ethiopia where Naomi works. Naomi contributed to the paleoenvironmental reconstructions published in Saylor et al. 2019. Check out the UM News Release, a CNN article and a detailed description of the find and its significance from cmnh.org (and check out the video!). Naomi is continuing her work at Woranso-Mille. There’s lots to do to reconstruct the paleoecology of these hominins and other mammals and there’s a great team in place to make the work happen. 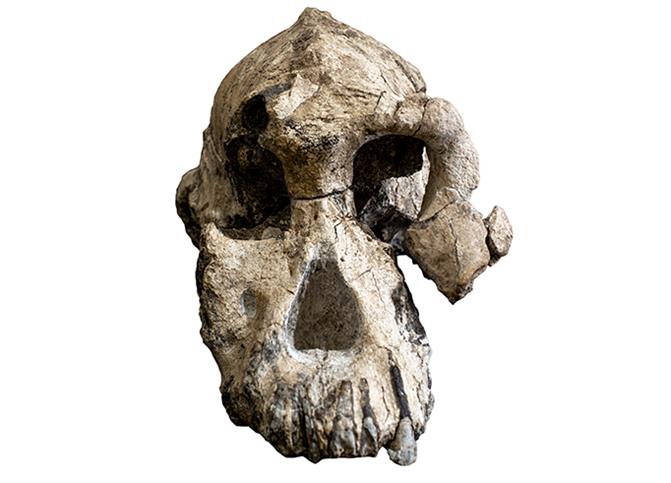 Photograph by Dale Omori, courtesy of the Cleveland Museum of Natural History

IPL is recruiting a new postdoc to work on triple oxygen isotope systems. Check out the details here. Come join the team!

Congratulations to Emily for accepting a job as an assistant professor in the Department of Earth and Atmospheric Science at the University of Houston!!! She’ll be starting in the Fall but we’re finding ways to keep her around here working on triple oxygen isotopes in soils as long as we can.

A trifecta of Science papers and a GSA Bulletin paper were just published with results from many years of research on the archaeology, paleontology, geochronology, sedimentology and isotope geochemistry at Olorgesailie in the southern Kenya Rift. Naomi has been working on this project since 2002. It’s exciting that these initial publications are now out. The papers have gotten a lot of press. Here’s a sampling of the coverage: Naomi specifically contributed carbon isotope data from soil carbonates to the Potts et al. (2018) paper — note all of the white nodules in the reddish-brown paleosol in the lower steps of the excavation in the photo below. These are the kinds of materials Naomi sampled for isotopic analysis. There aren’t very many soil carbonates to sample in the Oltulelei Formation, but the carbon isotopes of the carbonates that Naomi was able to analyze  indicate that big changes in vegetation weren’t likely part of this human origins story (see below for Figure 2 from Potts et al. 2018). This work is ongoing. So stay tuned for more results including a study on the isotopic composition of the teeth of mammals from this big ecological transition and a spate of studies from the cores that were recovered as part of the Olorgesailie Drilling Project, in which Emily, Jessica and Naomi are all involved.

Both Emily and Naomi headed to the field in February.

Emily was in the Serengeti in Tanzania collecting samples (soils, carbonates, waters!) across rainfall and vegetation gradients to build a modern analog dataset for using soils in eastern Africa to study past climate change, with a particular focus on developing 17O in soils as a tool for reconstructing past changes in aridity.

Naomi was in the Afar region of Ethiopia, working on the Woranso-Mille Project, which contains a rich record of early human fossils and rift basin evolution.  Naomi’s field work this season focused on collecting samples for paleoenvironmental reconstructions – the collected samples included carbonates for isotopic work in the UM IsoPaleoLab and sediments for biomarker, phytolith and pollen analysis (to be done by collaborators). Other scientists in the field this season included Yohannes Haile-Selassie, Al Deino, Mulugeta Alene, Luis Gibert and Mark Peaple.

Check out Emily and Naomi’s instagram feeds to see pictures from their fieldwork.

August has been an exciting month around here as we’re moving into the newly renovated lab and the two new (Nu!) mass specs have just been installed. Things are humming.  There’s no lab website yet but we are on Instagram and Twitter where you can see some photos of the lab as it takes shape.

Our record of aridity over the last 4.4 Ma in the Turkana Basin was just published in PNAS (click here for paper). This record uses δ18O values of fossil teeth to reconstruct aridity at and near fossil hominin sites.

The punchline: there is no uni-directional trend in aridity at hominin sites for the past 4.4 million years; instead conditions in the Turkana Basin oscillated from being very dry (as dry as it is today) to wetter (similar to Nakuru today).

Although this result is consistent with many other datasets, it’s in contrast to long-held views of environmental change in the region.

This paper is the product of many many years of work. Scott did a tremendous job with this study; it has significant updates to the modern δ18O enamel – aridity relationships (replacing our 2006 paper), new δ18O data from the fossil record, and integration of the results with existing datasets on climate and environmental change in the region. It is chock-full of new data and analysis. It serves as the new reference for the δ18O-enamel based aridity index for both the modern calibration and fossil applications. Kudos to Scott!

Next step, build on this aridity record for hominin sites in eastern Africa using ∆17O records from teeth, soil carbonate, lake carbonate and anything else that will help us build records of water availability in past landscapes and ecosystems. Stay tuned.

Congratulations to EARTH undergraduate, Anne Rosett, for winning a UM library research award for the research she did as part of her final project for EARTH 467: Stratigraphy and Basin Analysis in the W17 term. Check out the description of Anne’s work here.  You make us proud, Anne. Emily’s project is entitled, “Mapping the effects of drought on human evolution and East African ecosystems during the late Pleistocene using triple oxygen isotopes and bulk geochemistry in paleosols”