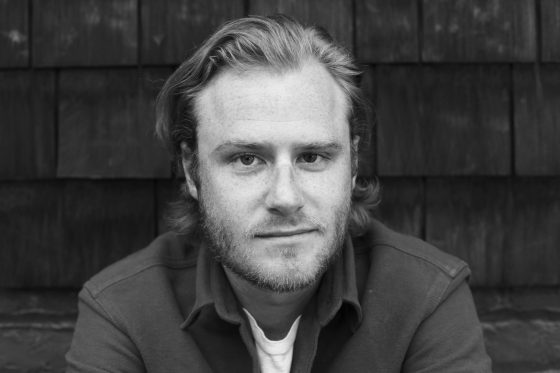 WILLIAM BREWER is the author of I Know Your Kind, a winner of the National Poetry Series. His work has appeared or is forthcoming in American Poetry Review, The New Yorker, A Public Space, The Sewanee Review, and other publications. Formerly a Stegner Fellow, he is currently a Jones Lecturer at Stanford University. 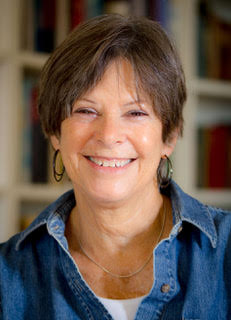 FLEDA BROWN’s The Woods Are On Fire: New & Selected Poems was chosen by Ted Kooser for his University of Nebraska poetry series in 2017. She has nine previous collections of poems. Her work has twice appeared in The Best American Poetry and has won a Pushcart Prize, the Felix Pollak Prize, the Philip Levine Prize, and the Great Lakes Colleges New Writers Award, and has twice been a finalist for the National Poetry Series. Her memoir, Driving with Dvorak, was published in 2010 by the University of Nebraska Press. She is professor emerita at the University of Delaware, where she directed the Poets in the Schools program. She was poet laureate of Delaware from 2001-2007. She now lives with her husband, Jerry Beasley, in Traverse City, Michigan, and is on the faculty of the Rainier Writing Workshop, a low-residency MFA program in Tacoma, Washington. You can find her on her website, fledabrown.com 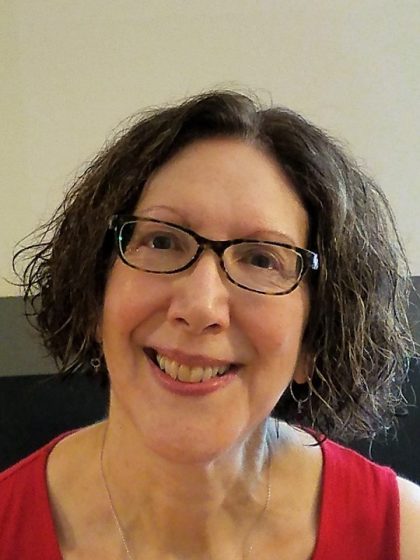 NANCY NAOMI CARLSON has authored nine titles (six translated). She received a grant from the NEA to translate Abdourahman A. Waberi’s first collection of poems, which was a Best Translated Book Award finalist for 2015, and her translation of Char’s Hammer with No Master was a finalist for the 2016 CLMP Firecracker Poetry Award. She was awarded the rank of Chevalier in the Order of the French Academic Palms. For more information, please visit www.nancynaomicarlson.com. 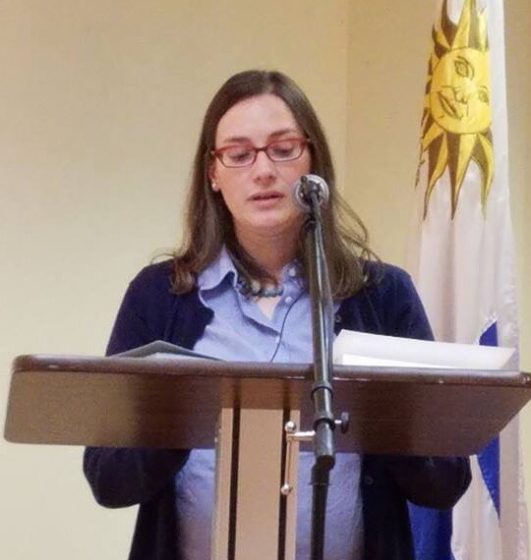 LAURA CESARCO EGLIN is the co-founder of Veliz Books and the translator of Brazilian poet Hilda Hilst’s Of Death. Minimal Odes (co•im•press, 2018). Her poetry collection Reborn in Ink, translated by Jesse Lee Kercheval and Catherine Jagoe, is forthcoming from Word Works International Editions. 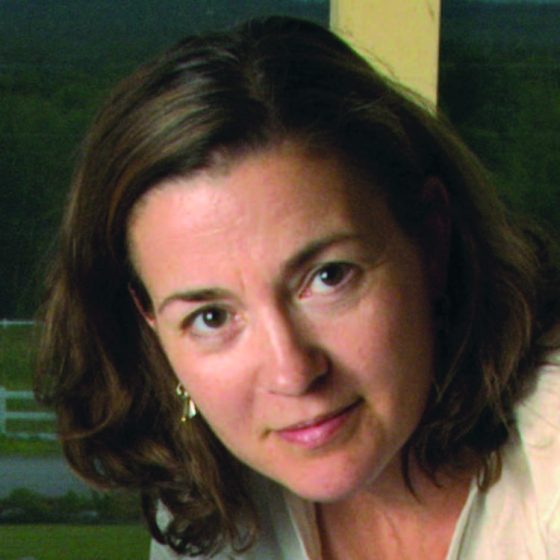 LISA GRUENBERG is a physician and writer based in Boston. She is a graduate of Williams College and Albany Medical College and earned her MFA in creative writing from Lesley University 2007. Her essays have been published in Ploughshares, Vital Signs, Hospital Drive and The Intima, a Journal of Narrative. Her short story, Keiskamma, won the 2012 Artist’s Fellowship from the Massachusetts Cultural Council. Her second-generation Holocaust memoir, My City of Dreams, will be released in May 2019. 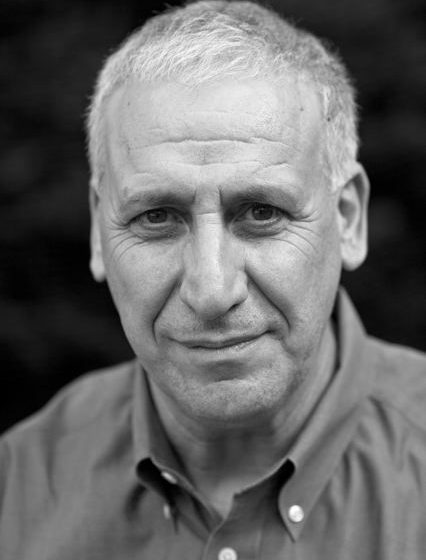 EDWARD HIRSCH’s first teaching job was at Wayne State University in Detroit. His tenth book of poems, Stranger by Night, will be published in 2020. You can find him on his website, http://www.edwardhirsch.com/ 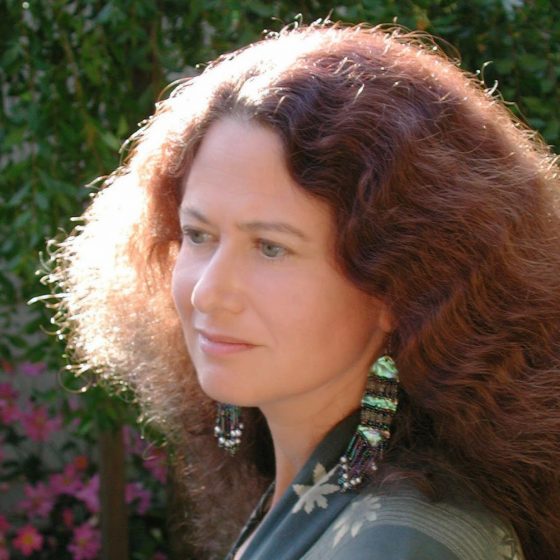 JANE HIRSHFIELD’s ninth book of poetry, Ledger, will be published by Knopf in early 2020. A chancellor emerita of the Academy of American Poets, her previous books include The Beauty, long-listed for the National Book Award, and Given Sugar, Given Salt, a finalist for the National Book Critics Circle Award. Her honors include fellowships from the Guggenheim and Rockefeller Foundations, the NEA, and the Academy of American Poets; the Donald Hall-Jane Kenyon Prize in American Poetry; and eight selections in The Best American Poetry. 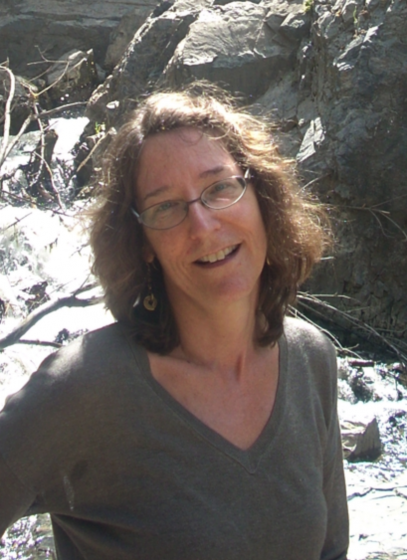 RUTH HOBERMAN is a professor emerita of English at Eastern Illinois University, where she taught Modern British Literature for thirty years. She has published on Woolf, biography, and women’s historical fiction. Her most recent book, Museum Trouble: Edwardian Fiction and the Emergence of Modernism, was published in 2011 (University of Virginia Press). Since her 2014 retirement, her poetry and creative nonfiction have appeared in (among other places) The Examined Life, Adirondack Review, Natural Bridge, Calyx, and Rattle: Poets Respond. 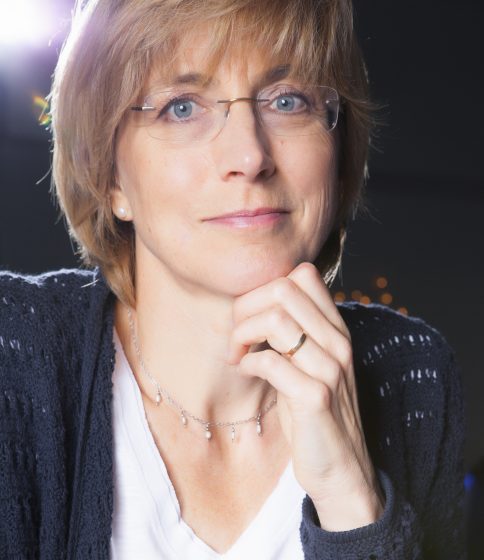 CATHERINE JAGOE was born in England but currently lives in Madison, Wisconsin. She is a writer and translator specializing in Spanish and Catalan. She has a PhD in Spanish literature from the University of Cambridge. Her translations include the Amnesty International award-winning Argentine novel My Name Is Light by Elsa Osorio and That Bringas Woman by the nineteenth-century Spanish novelist Benito Pérez Galdós. You can find her on her website, www.catherinejagoe.com 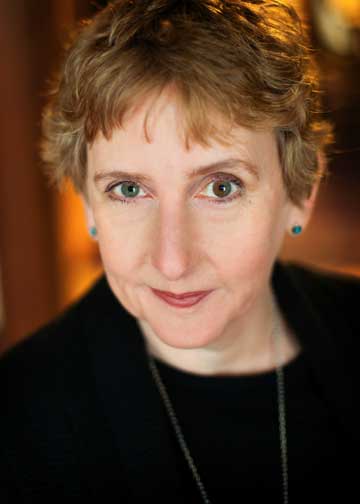 JESSE LEE KERCHEVAL’s recent translations include The Invisible Bridge / El puente invisible: Selected Poems of Circe Maia and Fable of an Inconsolable Man by Javier Etchevarren. She is also the editor of América invertida: An Anthology of Emerging Uruguayan Poets and Earth, Sky and Water: A Bilingual Anthology of Environmental Poems. She is also the author of fourteen books of poetry and prose including The Alice Stories, winner of the Prairie Schooner Fiction Book Prize, and the memoir Space, winner of the Alex Award from the American Library Association. 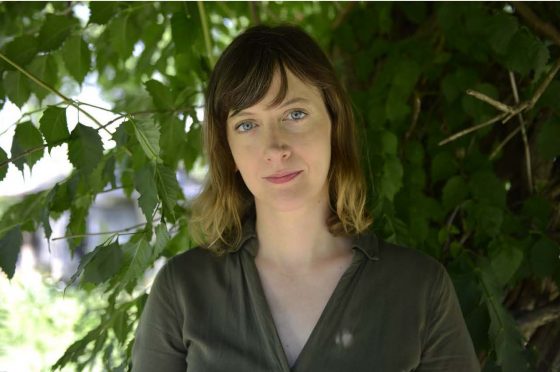 SARAH KOKERNOT’s fiction has appeared in Crazyhorse, Front Porch, West Branch, Lady Churchill’s Rosebud Wristlet, and has been anthologized in The Best American Short Stories. Originally from Kentucky, Sarah lives in Chicago with her husband and son. She works at StoryStudio, a nonprofit creative writing center. You can find her on her website, sarahkokernot.com. 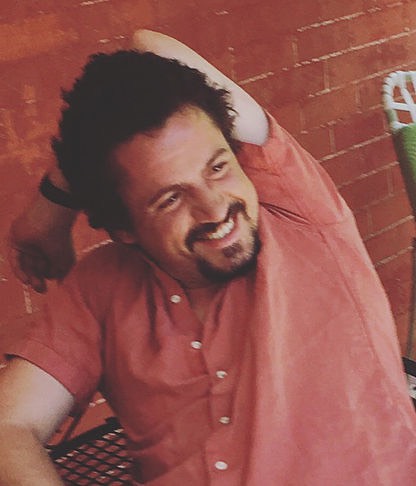 The late JAMES LEAF, a New York director, actor, and writer, graduated from Harvard College. He founded New Haven’s Young Mechanics Theatre Ensemble, dedicated to bringing politically relevant theatre to a small, stratified city; there he directed productions by Samuel Beckett, Edward Albee, and Clifford Odets alongside new work by local playwrights. He staged the world-premiere of COCKPIT (formerly The Specials) by Steve Bellwood, acted at Long Wharf Theatre, and directed Wedding of the Waters and Albright at Buffalo’s Albright-Knox. He guest lectured for five years at Barnard College and taught theatre at University of Michigan, Amherst, Harvard, and Elm Shakespeare. 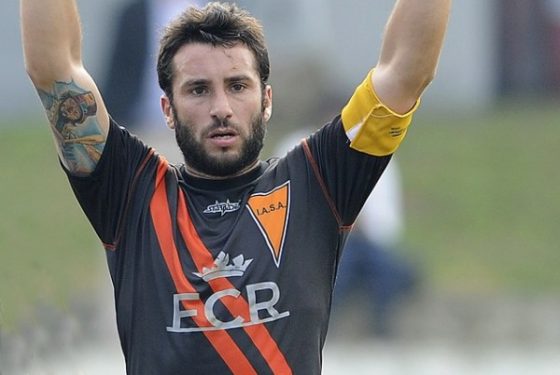 AGUSTÍN LUCAS (Montevideo, Uruguay, 1985) is a poet, writer, and professional soccer player. He the author of the poetry collections No todos los dedos son prensiles, Club, and Insectario. His work, translated by Jesse Lee Kercheval, appears in América invertida: An Anthology of Emerging Uruguayan Poets (University of New Mexico Press, 2016). 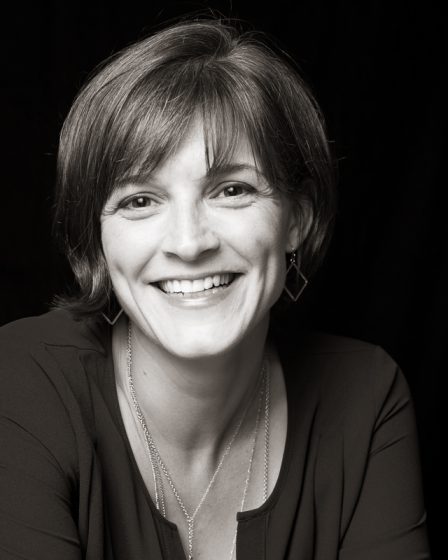 KIRSTEN SUNDBERG LUNSTRUM is the author of three collections of short fiction, most recently What We Do with the Wreckage, which won the 2017 Flannery O’Connor Award for Short Fiction and was published in 2018 by the University of Georgia Press. Kirsten’s other collections are This Life She’s Chosen and Swimming with Strangers (Chronicle Books). Her fiction has been published in Ploughshares, North American Review, One Story, and elsewhere, and has been the recipient of a PEN/O. Henry Prize. Kirsten has held fellowships from the Jack Straw Writers Program, the Sewanee Writers’ Conference, and the MacDowell Colony. She teaches high school near Seattle, where she lives with her family. 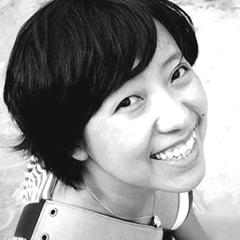 MA YAN was born in Chengdu, China, in 1979 and graduated from Beijing University. A novelist, critic, editor, and organizer of literary festivals and events, she also worked as editor of and contributor to Felicity Troup. Her poetry has been published in Today, Foreign Literature, Big River South North, Book City, Chinese Poetry Criticism, Southern Weekend, Shanghai Culture, Limits, and In Chengdu. Ma Yan committed suicide on December 30, 2010, in Shanghai. 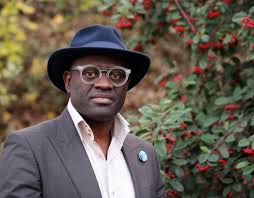 ALAIN MABANCKOU is considered one of Francophone Africa’s most prolific contemporary writers. He was born in what is now called Congo-Brazzaville, and his work has garnered a multitude of awards, including the Prix de la Société des Poètes Français and the prestigious Grand Prix de la Littérature from the Académie Française. In addition, he was a finalist for the Man Booker International Prize. Currently living in LA, he teaches literature at UCLA. http://www.alainmabanckou.com/bio.html. 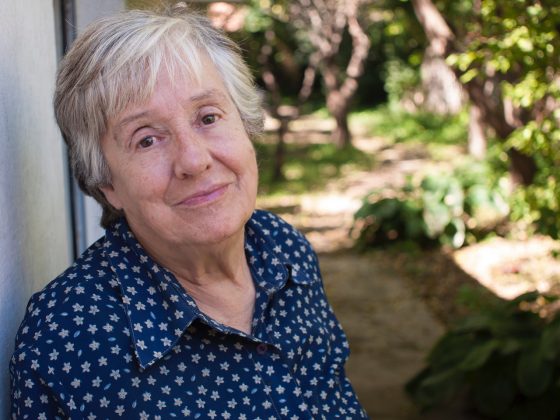 CIRCE MAIA (Montevideo, Uruguay, 1932) is the author of ten poetry collections including Circe Maia: Obra poética and The Invisible Bridge / El puente invisible: Selected Poems of Circe Maia, translated by Jesse Lee Kercheval (University of Pittsburgh Press, 2015). In 1972 the military police arrested her husband for supporting the MLN Tupamaros, an experience she wrote about in her autobiographical novel, Un Viaje a Salto. 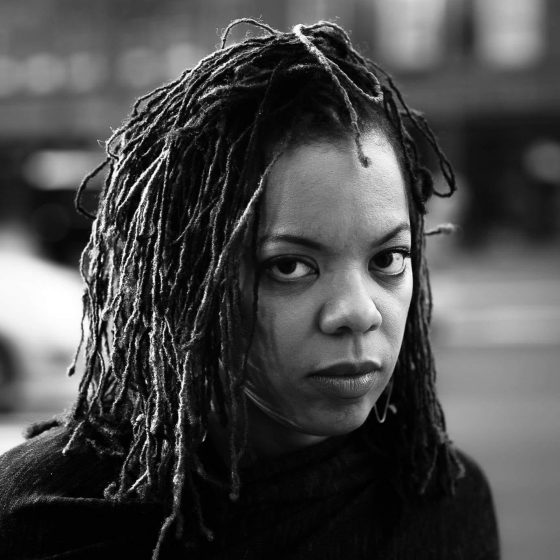 AIREA D. MATTHEWS is the author of Simulacra, winner of the 2016 Yale Series of Younger Poets. Her work has appeared in Tin House, The Los Angeles Review of Books, Callaloo, Best American Poetry, Harvard Review, American Poets, and elsewhere. She was awarded a Rona Jaffe Foundation Writers’ Award, a Louis Untermeyer Scholarship in Poetry from Bread Loaf Writers’ Conference, a Kresge Literary Arts award as well as fellowships from Cave Canem, Callaloo, and the James Merrill House. One of Matthews’s current projects includes a cross-genre book that explores politics, poverty, race, and class. She is an assistant professor at Bryn Mawr College. 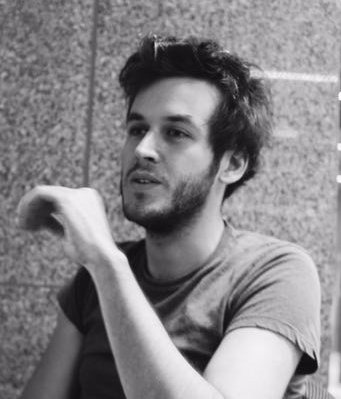 STEPHEN NASHEF lives in Beijing where he works as a translator and coder. He has translated the work of Ma Yan, Zhu Yu, and Yiwei Xue. 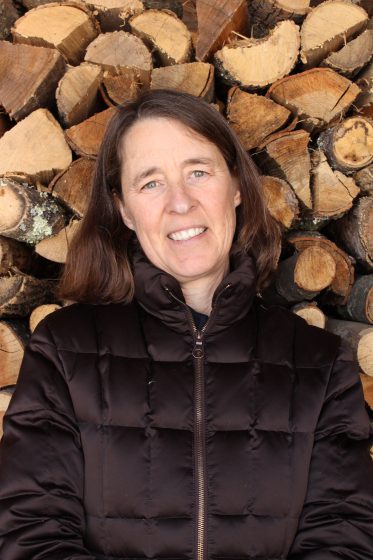 SUSAN FOX ROGERS is the author of My Reach: A Hudson River Memoir and the editor of twelve anthologies including Solo: On Her Own Adventure and Antarctica: Life on the Ice. “The Other Leopold” is part of a longer work titled Taking Flight: A New Birder’s Story. Rogers has taught the creative essay at Bard College since 2001. 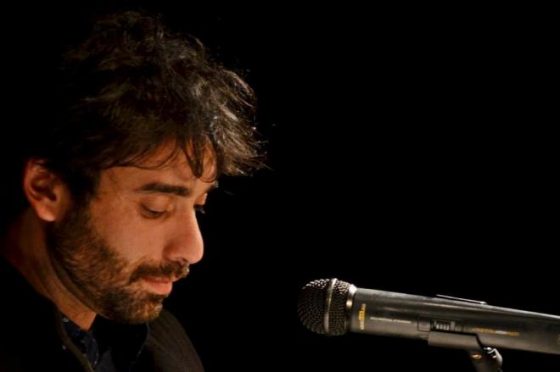 FABIÁN SEVERO (Artigas, Uruguay in 1981) lives in Montevideo, Uruguay, where he is a literature teacher and an academic administrator for the literature and creative writing section of Project ProArte. He is the author of four poetry collections: Noite nu Norte, Viento de Nadie, NósOtros, and Viralata. 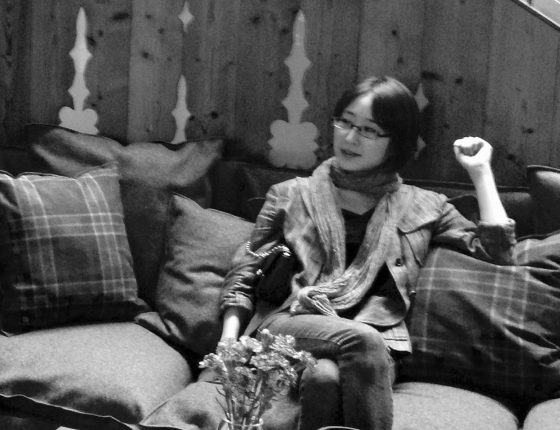 MI-KYUNG SHIN grew up in South Korea, Switzerland, and the United States. Currently she lives in New York City, working as a translator and editor. She earned her MFA in writing from Columbia University. Her work has appeared or is forthcoming in Minnetonka Review, PRISM International, Gulf Coast, and The Florida Review. 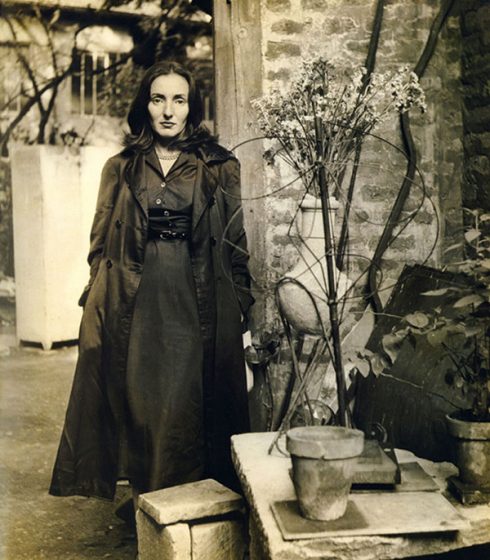 IDEA VILARIÑO (1920–2009) is an essential figure in South American poetry. She was an Uruguayan poet, essayist, and critic and member of the important Uruguayan literary group, the Generation of ’45, which included the poets Ida Vitale and Amanda Berenguer as well as the novelist Juan Carlos Onetti. The poems here are from Poemas de amor, her best known book, which was addressed to Onetti. 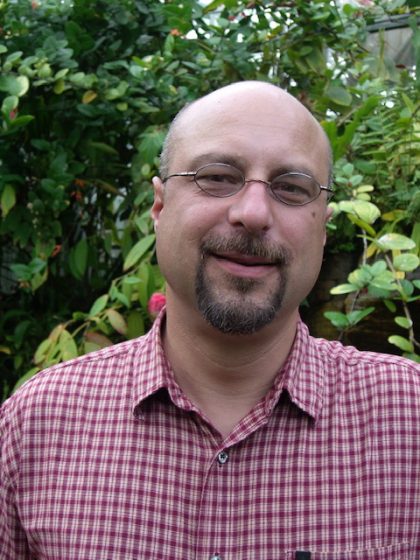 DANIEL VOLLARO is a writer who lives and works in the Atlanta Metro area. He teaches professional writing, composition, and occasionally literature at Georgia Gwinnett College. His personal essays have been published in Adbusters, Boomer Café, Rise Up Review, and The Smart Set. His fiction has been published in Blue Moon Review, Crania, Creo, Fairfield Review, Foliate Oak Literary Magazine, Mobius: The Journal of Social Change, Paperplates, Timber Creek Review, and Thrice Fiction. 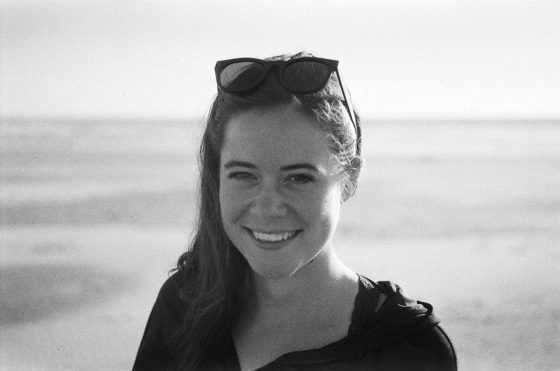 JILLIAN WEISS received her MFA from the University of North Carolina Wilmington. Her essays are published or forthcoming in The Cincinnati Review, The Missouri Review, Reed, The Sycamore Review, The Pinch, and elsewhere. She won the North Carolina Writers’ Network Rose Post Creative Nonfiction Contest and teaches creative writing for Duke University’s Talent Identification Program. She lives in Portland, Oregon. You can find her on her website, www.jillianweiss.com. 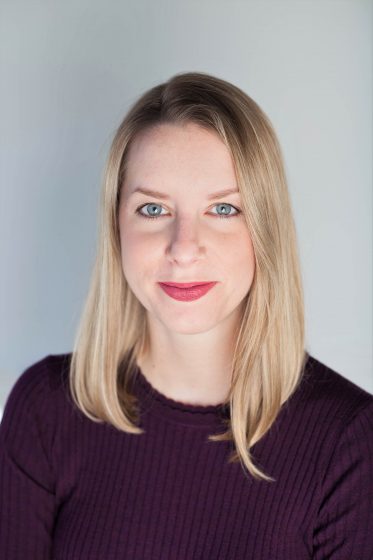 ASHLEY WURZBACHER holds a PhD in creative writing from the University of Houston and an MFA from the Inland Northwest Center for Writers at Eastern Washington University. Her work has appeared or is forthcoming in The Kenyon Review Online, The Iowa Review, The Cincinnati Review, Gettysburg Review, Colorado Review, Prairie Schooner, and other journals. She teaches creative writing at the University of Montevallo and lives in Birmingham, Alabama. Her debut short story collection, Happy Like This, won the 2019 John Simmons (Iowa) Short Fiction Award and is forthcoming this fall from the University of Iowa Press. You can find her on her website, https://ashleywurzbacher.com.