Elmaz Abinader’s recent work has appeared in Minding Nature, Mizna, and the anthology Essential Truths. Her poetry collection This House, My Bones was the Editor’s Selection 2014 from Willow Books. She has a memoir, Children of the Roojme: A Family’s Journey from Lebanon, and her book of poetry In the Country of My Dreams . . . won the PEN Oakland. Elmaz is co-founder of the Voices of Our Nations Arts Foundation (VONA/Voices). She teaches at Mills College. www.elmazabinader.com

Tayseer Abu Odeh serves currently as Assistant Professor of Comparative Literature at Al-Ahliyya Amman University of Jordan. In 2021, Abu Odeh guest edited and translated a special poetry folio on Gaza in Peripheries: A Journal of Word and Image (Harvard University). Abu Odeh’s essays and work have appeared in Categories of Religion (Oxford University), Journal of Holy Land and Palestine Studies (Edinburgh University), Arab Studies Quarterly, and Peripheries: A Journal of Word and Image.

Roy Bentley is the author of Walking with Eve in the Loved City, chosen by Billy Collins as finalist for the Miller Williams Poetry Prize; Starlight Taxi, winner of the Blue Lynx Poetry Prize; The Trouble with a Short Horse in Montana, chosen by John Gallaher as winner of the White Pine Press Poetry Prize; and My Mother’s Red Ford: New & Selected Poems 1986–2020, published by Lost Horse Press in 2020.

Jessica Dionne is a PhD student at Georgia State University and the production editor of New South. Her chapbook Second-Hand Love Stories is forthcoming from Fjords Press. She was a finalist in Passages North’s 2021 Elinor Benedict Poetry Prize, Arts & Letters’ 2020 Rumi Prize for Poetry, and Narrative’s 2019 30 Below Contest. Her work has appeared or is forthcoming in The Moth Magazine (IE), Poetry International, Boulevard, Southern Humanities Review, Meridian, and Narrative.

Denise Duhamel’s most recent books of poetry are Second Story (2021) and Scald (2017). Blowout (2013) was a finalist for the National Book Critics Circle Award. Her nonfiction publications include The Unrhymables: Collaborations in Prose (with Julie Marie Wade, 2019). A recipient of fellowships from the Guggenheim Foundation and the National Endowment for the Arts, she is a distinguished university professor in the MFA program at Florida International University in Miami.

John Freeman is the founder of Freeman’s, a literary annual, and an executive editor at Alfred A. Knopf. The author and editor of eleven books, he lives in New York City where he is an artist in residence at New York University. Wind, Trees, his latest collection of poems, was published in fall 2022 with Copper Canyon Press.

Margaret Morganroth Gullette, an internationally renowned age critic, is the author of such award-winning books as Ending Ageism, or How Not to Shoot Old People; Agewise; and Declining to Decline. Her essays are often cited as notable in The Best American Essays. She has published in MQR, Salmagundi, Theory, Culture & Society,and other literary/cultural and academic journals. Her work-in-progress is American Eldercide. She is a Resident Scholar at the Women’s Studies Research Center, Brandeis University.

Martin Greenberg was a critic, acclaimed translator, and editor of several esteemed publications, including Schocken Books, The American Mercury, and Commentary magazine. He is the author of Kafka: The Terror of Art and is known for his translation of Faust. He received the Harold Morton Landon Verse Translation Award for his translation of Heinrich von Kleist: Five Plays. He was an alumnus of the University of Michigan and professor at the New School and C.W. Post College.

Morgan Hamill is a disabled poet and graduate fellow at Penn State University Park. She is the current managing editor of Verge: Studies in Global Asias. Her poems have appeared in Cimarron Review, Copper Nickel, The Georgia Review, Shenandoah, and The Southern Review.

Eva Heisler has published two books of poetry: Reading Emily Dickinson in Icelandic (Kore Press, 2013) and Drawing Water (Noctuary Press, 2013, and excerpted in BOMB). Honors include the Poetry Society of America’s Emily Dickinson Award and fellowships at MacDowell and Millay Arts. She was co-winner of the 2021 Poetry International Prize, and poems are forthcoming in Grist and Colorado Review.

Peter LaSalle is the author of several books, most recently the short story collection Sleeping Mask: Fictions (Bellevue Literary Press, 2017) and a collection of essays on literary travel, The World Is a Book, Indeed: Writing, Reading, and Traveling (Louisiana State University Press, 2020). He has taught at universities in the United States and in France and is currently a member of the creative writing faculty at the University of Texas at Austin.

Jo O’Lone-Hahn is a poet, editor, and visual artist based in Las Vegas. Her work can be found or is forthcoming in Tampa Review, Posit, New Delta Review, Black Warrior Review, SPECTRA Poets, Great River Review, and elsewhere. She is a current MFA candidate in poetry at the University of Nevada, Las Vegas and is the poetry editor of Witness magazine. www.joolonehahn.com

Rochelle Marrett is a Jamaican fiction writer and essayist. She has been awarded fellowships and residencies at MacDowell, Yaddo, and Tin House. She was a 2021 PEN America Emerging Voices Fellow and a 2021 Kresge Foundation Gilda Awardee. Her fiction was short-listed for the 2022 DISQUIET Fiction Prize, and her most recent essay can be found in Three Fold. She resides in Metro Detroit with her family and is working on her debut novel.

Joyce Carol Oates is a recipient of the National Humanities Medal, the National Book Critics Circle Lifetime Achievement Award, the National Book Award, and the 2019 Jerusalem Prize. She is the author of the novel Babysitter (Knopf, 2022) as well as the national bestsellers We Were the Mulvaneys, Blonde, The Falls, The Gravedigger’s Daughter, and The Accursed. She is the Roger S. Berlind Distinguished Professor of the Humanities emerita at Princeton University and has been a member of the American Academy of Arts and Letters since 1978.

Susan Perabo’s most recent books are The Fall of Lisa Bellow (2017) and Why They Run the Way They Do (2016), both with Simon & Schuster. Her fiction has been anthologized in The Best American Short Stories, Pushcart Prize Stories,and New Stories from the South, and her work has appeared in places such as One Story, Glimmer Train, Story, The New York Times, and The Sun.She is a professor at Dickinson College in Carlisle, Pennsylvania.

Carl Phillips teaches at Washington University in St. Louis. His most recent book of poetry is Then the War: And Selected Poems, 2007–2020 (Farrar, Straus & Giroux, 2022), and his new prose book is My Trade Is Mystery: Seven Meditations from a Life in Writing (Yale University Press, 2022).

Susan Azar Porterfield is the author of In the Garden of Our Spines, Kibbe, and Dirt, Root, Silk, which won the Cider Press Review Editor’s Prize. She has work in The Georgia Review, Barrow Street, EcoTheo Review, Mid-American Review, North American Review, Nimrod, RHINO, Puerto del Sol, Poetry Ireland Review, Slipstream, Room, Ambit, and Magma. She is the editor of Zen, Poetry, the Art of Lucien Stryk.

Edward Salem is a recipient of the 2022 PEN/Robert J. Dau Short Story Prize and was chosen by Ottessa Moshfegh as the winner of BOMB magazine’s 2021 Fiction Contest. His writing has been published in Poet Lore, Prairie Schooner, The Columbia Review, Best Debut Short Stories (Catapult), and elsewhere. He is the co-founder and co-director of City of Asylum/Detroit, a nonprofit that provides long-term sanctuary to persecuted writers who are forced into exile.

Lis Sanchez is a North Carolina Arts Council Writer’s Fellow and has poetry in Ploughshares, The Georgia Review, The Puritan, Poetry Northwest, The Cincinnati Review, The Bark, Copper Nickel, and other publications. Her short fiction has received Prairie Schooner’s Virginia Faulkner Award for Excellence in Writing, Nimrod’s Editors’ Choice Award, and The Greensboro Review’s Prize for Fiction.

Rachel Sherman’s stories have appeared in McSweeney’s, Conjunctions, Los Angeles Review of Books, and n+1, among other publications. She is the author of the novel Living Room, and her book of short stories The First Hurt was short-listed for the Story Prize and the Frank O’Connor International Short Story Award and named one of the 25 Books to Remember in 2006 by the New York Public Library. She teaches in the MFA Writing Program at Columbia University.

Jia Tolentino is a staff writer at The New Yorker and the author of the essay collection Trick Mirror, a New York Times bestseller that has been translated into eleven languages. Formerly, she was the deputy editor at Jezebel and a contributing editor at The Hairpin. She grew up in Texas and received her undergraduate degree at the University of Virginia and her MFA in fiction from the University of Michigan. She lives in Brooklyn.

Chase Twichell has published eight books of poetry, the most recent of which is Things as It Is (Copper Canyon Press, 2018). She has received fellowships from the John Simon Guggenheim Memorial Foundation, the American Academy of Arts and Letters, and the NEA. Horses Where the Answers Should Have Been: New & Selected Poems (Copper Canyon Press, 2010) won both the Kingsley Tufts Poetry Award from Claremont Graduate University and the Balcones Poetry Prize.

Cassandra Whitaker (they/them) is a trans writer from Virginia whose work has been published, or is forthcoming, in Conjunctions, Foglifter, Mississippi Review, Whale Road Review, Evergreen Review, Hobart, and elsewhere. They are a member of the National Book Critics Circle.

Kelsey Zimmerman lives in Iowa and is originally from Ann Arbor, Michigan. A 2021 Best of the Net nominee, her work has been published in Hobart, HAD, and The Indianapolis Review, among others. You can find her on the web at www.kelseyzimmerman.com. 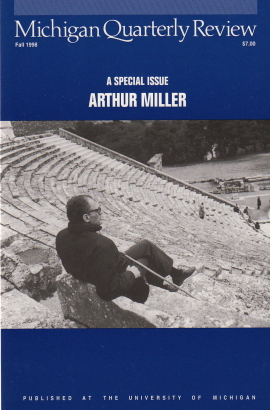