View this site in Turkish

Notion is an extraordinary archaeological resource: a well-preserved and almost completely unexplored ancient city, lying on the seaside in western Turkey near several other major archaeological sites, including Klaros, Kolophon, Metropolis, and Ephesos. Notion is located in Ionia, a region encompassing the central portion of the Aegean coast of Turkey and the Greek islands of Samos and Chios – a natural borderland with a long tradition of shifting cultural identities. A new archaeological survey project was started by the University of Michigan and Brown University at Notion in 2014.

Partly because Notion does not have an extant Classical temple or other signature monument, the city had never been the object of systematic archaeological investigation. Even cursory inspection of aerial imagery shows, however, that Notion is largely free of vegetation and modern buildings, and so exceptionally well suited to archaeological survey. The Notion Archaeological Survey is focused primarily on mapping and documentation of visible remains, remote sensing, geophysical prospection, collection and study of surface finds, and the development of a long-term conservation and management plan.

The basic history of the region in antiquity is known from Greek and Roman textual sources, but much remains to be learned about the specific ways in which local people and communities responded to historical phenomena such as the emergence of cities, the rise and fall of empires, and the advent of Christianity, as well as to other longer-term processes such as natural and anthropogenic landscape change. Research concentrates in particular on the tumultuous period of the last few centuries BCE and 1st century CE (the Hellenistic and early Roman eras), when many of the towns and cities of Ionia and adjacent regions were re-founded, moved to new locations, or incorporated into other communities (a process known in antiquity as synoikism). These changes happened sometimes at the prompting of imperial powers, sometimes at the initiative of local populations. An aerial view of the Notion archaeological site, looking northeast, with the Hales River to the west

Notion was one of the communities dramatically transformed by such an experience. The city as preserved today is a grid-planned town situated on two isolated promontories overlooking a small bay on the east side of the Hales River. Although textual sources attest the existence of Notion as early as the 6th century BCE, the city plan and visible remains clearly belong to a radical expansion or relocation – a virtual re-founding – of the original settlement. Indeed, abundant surface pottery suggests that the current site was largely uninhabited before the 2nd century BCE; the original town was probably located closer to the harbor and the Hales River, and is now buried beneath river-borne silt.

A surprising result of preliminary research is the absence of pottery later than the 1st century CE. This narrow window of occupation is remarkable, since the re-founding of the city was an ambitious undertaking. The survey has already illuminated the radical transformation of the local landscape required for the creation of a new city, the measures taken to provide water to a site with no natural springs, and the mobilization of labor required for massive infrastructure projects such as the construction of the fortification walls and the terracing of residential districts. Despite this investment, the new city may have been largely abandoned after only a few centuries of occupation. In other words, it seems that Notion was ultimately a failed urban experiment.

The overarching research objective driving the Notion Archaeological Survey is to understand the dynamics behind the birth and death of an ancient city. How and why was a city like Notion invented (or reinvented), and how and why did it fail? The history of Greek and Roman urbanism is full of foundation stories. Although those efforts that ended in failure have received little attention, they are of great historical interest and contemporary relevance. Notion offers a unique opportunity to study the biography of a short-lived ancient city that bears eloquent witness to the ultimately unsuccessful aspirations of its founders.

The survey team carried our five seasons of fieldwork from 2014 to 2018, followed by study seasons in 2019 and 2021. Work is now underway on the final publication of the results. A new program of archaeological excavation was begun in 2022.

Video cast of lecture by Christopher Ratté, 2019-2020 Elizabeth A. Whitehead Distinguished Scholar at the American School of Classical Studies in Athens: Notion Archaeological Research Project: The Biography of an Ancient Greek City in Ionia. 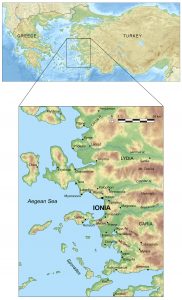 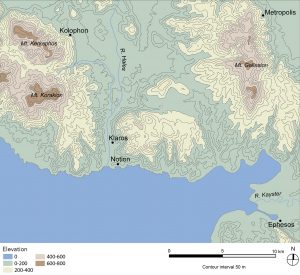 Map of the region around Notion 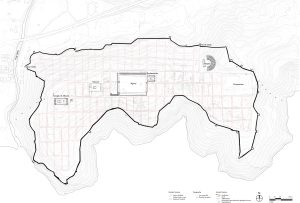 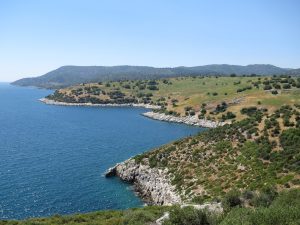 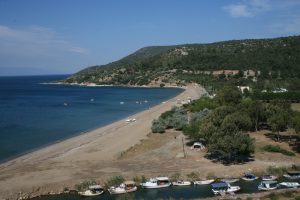 The Hales River and beach at Ahmetbeyli 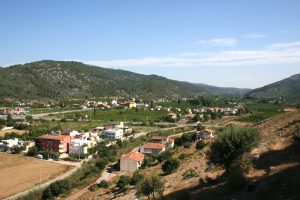 View of the Hales River valley, looking north from Notion to Klaros 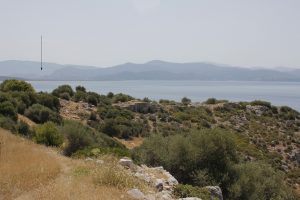 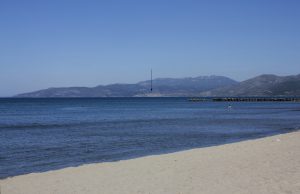 View looking northwest from the shore at Pamucak, near Ephesos, to Notion (marked with arrow)