A quarry on the west promontory

Visible remains at Notion demonstrate the variety and quantity of stone once employed in the city’s architecture. Located on two rocky promontories, the city is surrounded by a variety of potential building material, and its topography—with several broad, flattened areas, as well as craggy chunks missing from the landscape—suggests that its builders took full advantage of this natural resource. In order to understand the exploitation of natural resources on site, we began a program of identification and documentation of potential quarries during the 2015 season. We identified over half a dozen possible quarries, mostly in carbonate limestone, as well as several areas of interest that may have also been sites of stone extraction. The motivations behind this project are threefold. First, we wish to understand the exploitation of natural resources at Notion. How much of the stone comes from on-site quarries, and how much has been brought in from elsewhere? Second, we are evaluating the relationship between stone extraction and the topography of the site. Where are the quarries located, and how do they relate to nearby buildings? Third, we are exploring the social dimension of stone extraction and construction. Is it possible to determine who made decisions regarding the extraction of stone and the construction of monumental building projects in the city? As we move forward with a study of the geological profile of the site, the locations of specific types of stone, and the probable volume of our quarry locations, we will continue to address these questions and put the acquisition and use of raw materials into the greater context of the urban environment. Research on the quarries of Notion is overseen by Catie Steidl, with consultation on geology by Peter Knoop. 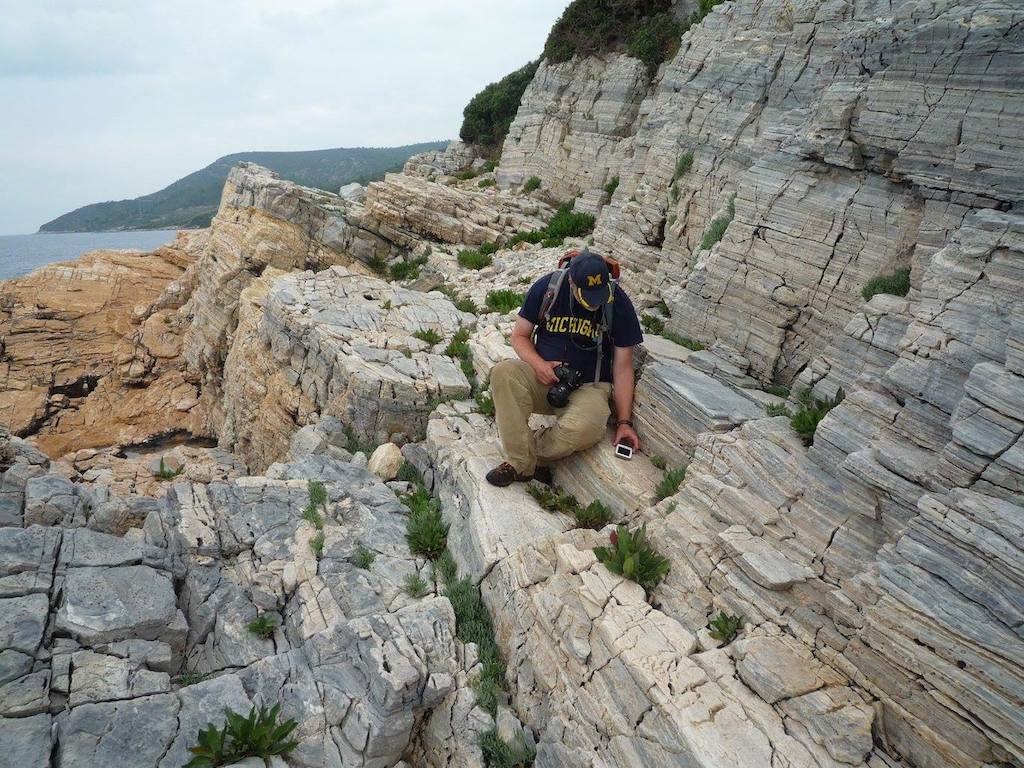 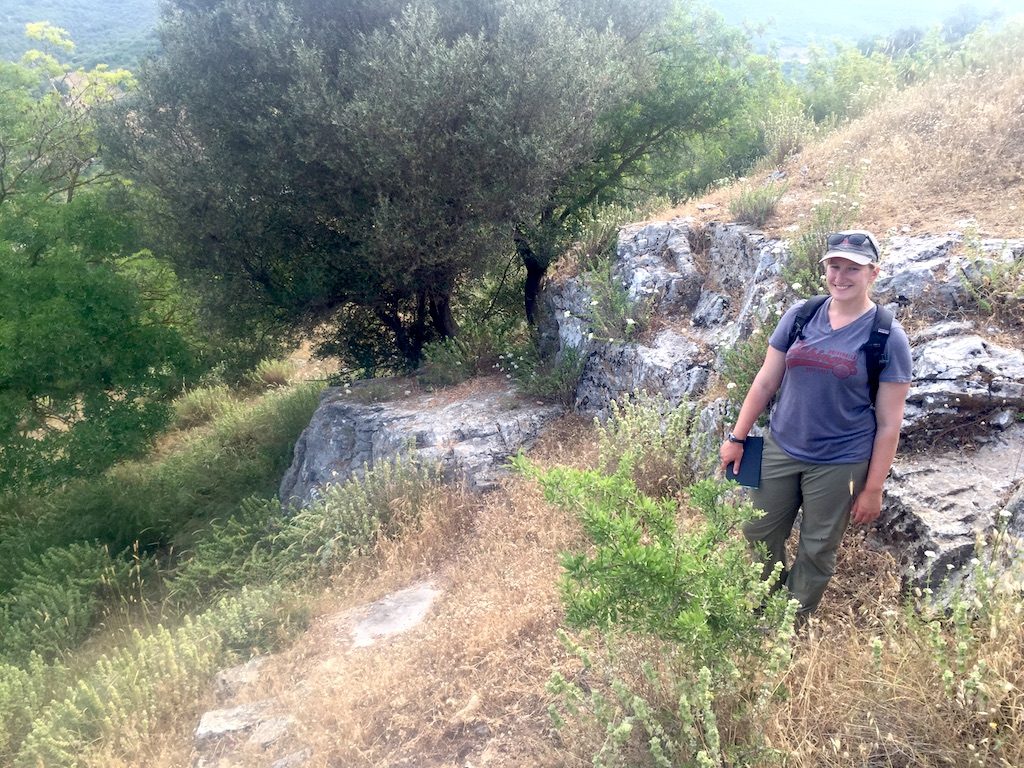 Catie Steidl documents a possible quarry on the site