A program of controlled collection and study of surface finds at the site was begun in 2015 and will continue in future seasons. The relatively limited coverage of the 2015 pilot program yielded significant quantities of diagnostic pottery including a representative sample of the typical late Hellenistic and early Roman wares commonly found in Asia Minor, such as Hellenistic mold-made bowls, Italian Sigillata, Eastern Sigillata A, early Eastern Sigillata B, and Roman lead glaze ware. Notable is the total absence in the material collected so far of recognizable later Roman fine wares such as African Red Slip ware, or of late Roman amphora types. Ongoing collection will allow us to test the current hypothesis that major occupation extended only from the 2nd century BCE to the 1st century CE, and to determine whether some parts of the site were occupied for longer than others. Combined with study of the architecture and topography, surface patterns of ceramics may also indicate different forms of occupation and activity across the site, both inside and outside the city walls. The results of the first season of surface collection, for example, suggest that some kind of industrial activity was carried out in the southern portion of the eastern promontory. Another goal of surface collection is to study the effects of post-depositional processes, such as erosion and animal grazing, on the distribution and visibility of surface materials. Surface collection at Notion is led by Angela Commito, with contributions by Shannon Ness, Christina DiFabio, and Catie Steidl. 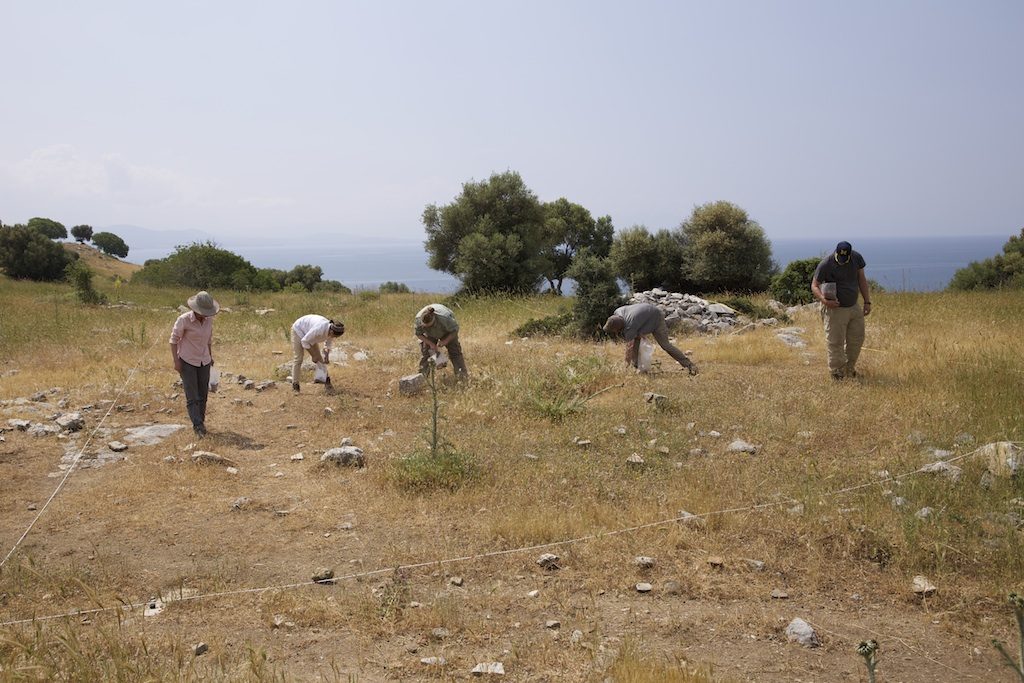 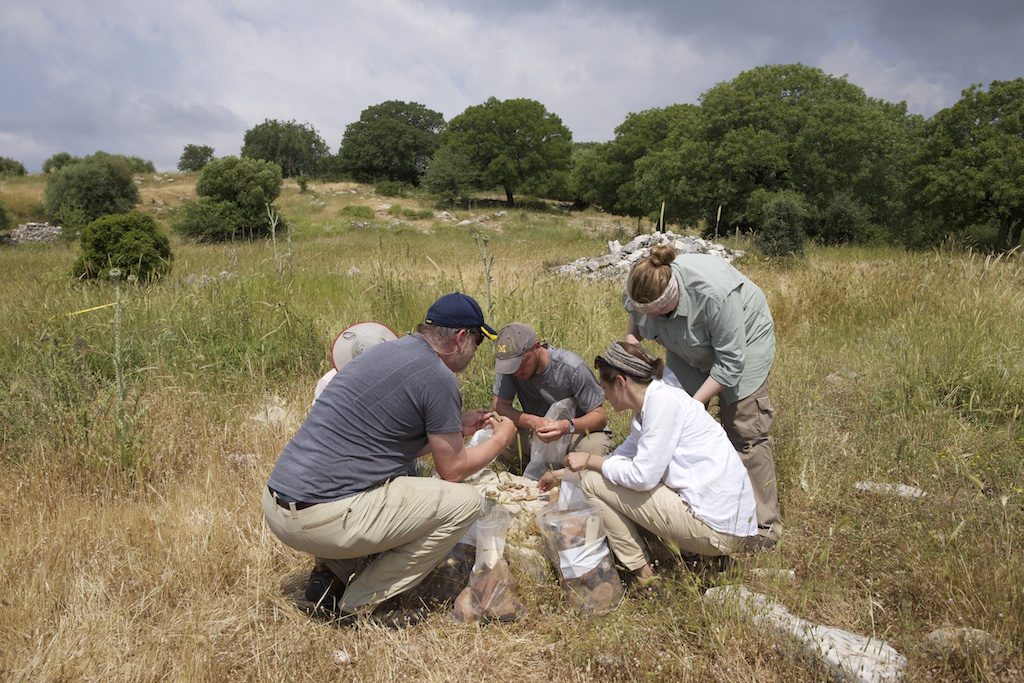 After collection, the team sorts and documents the finds 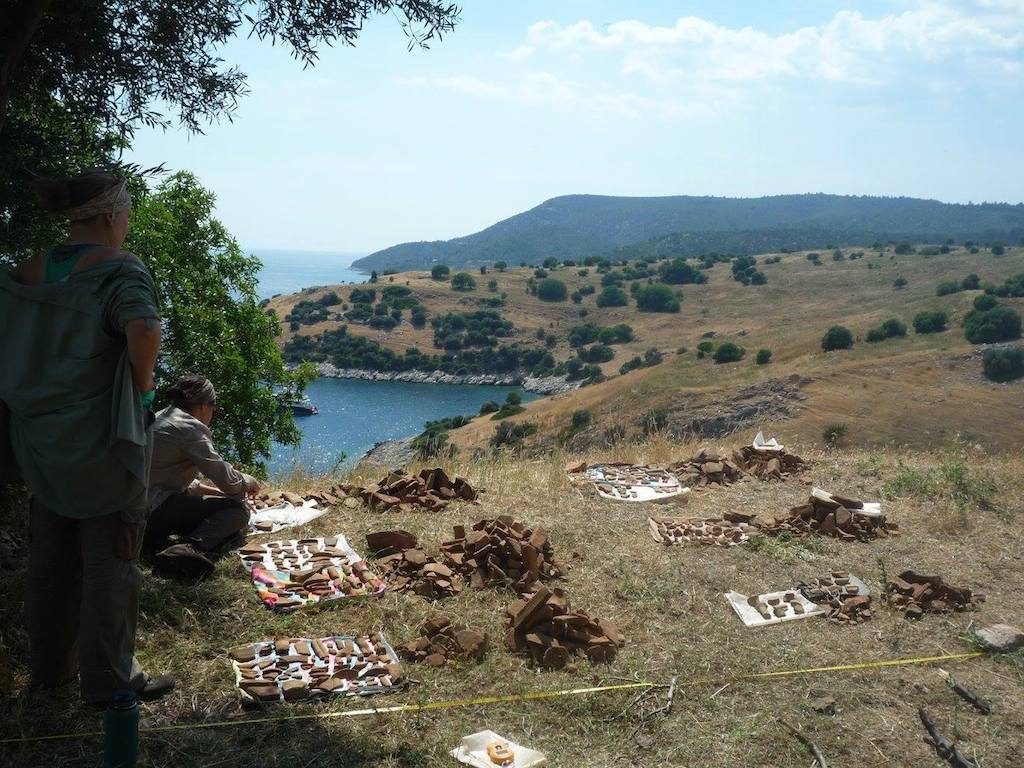 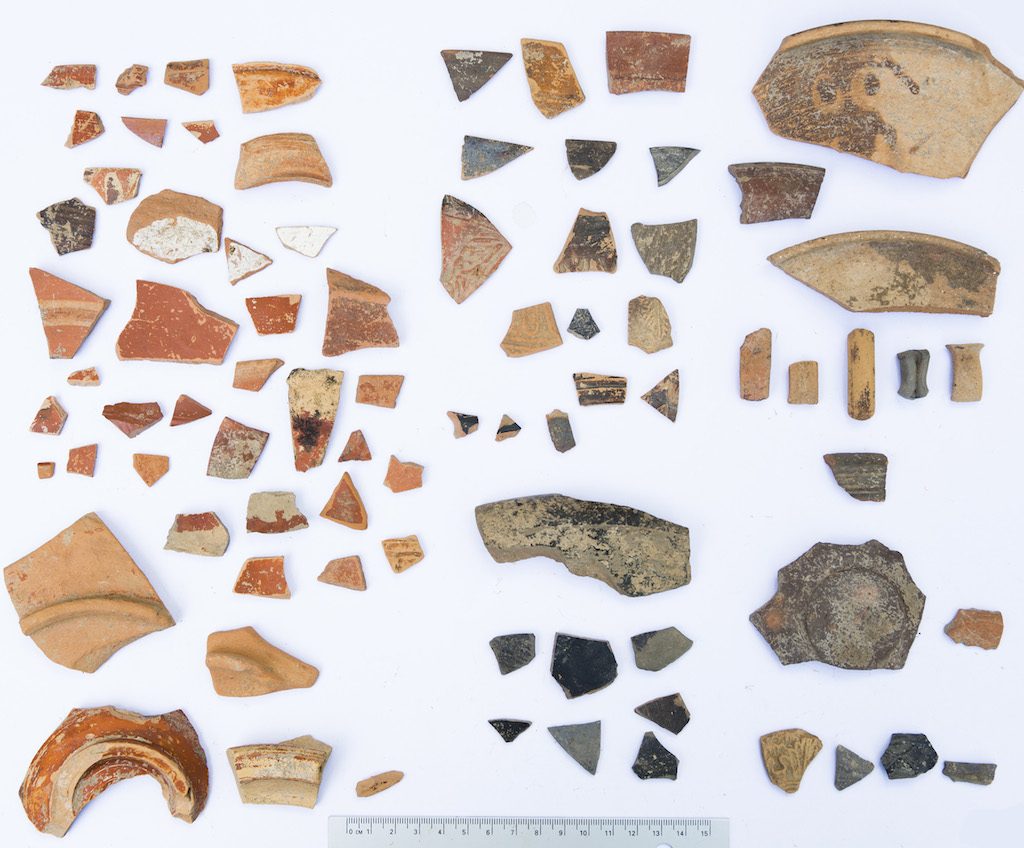