A tower on the east promontory

The fortifications of Notion are the city’s best-preserved monument, conspicuous both by land and by sea. The walls are built largely out of white and blue-grey limestone, with some use of marble and of a distinctive and highly erodible breccia. The masonry is isodomic, in some places trapezoidal isodomic, except in cases of repair. The walls are 2.5 m thick, and probably stood at least 4 m high. A total of 16 certain and 29 possible towers have been recorded. Three gates are apparent on the north (landward) side of the walls, as well as three possible gates on the west, one definite and one possible gate on the south, and one definite and one possible gate on the east. The most distinctive feature of the trace of the wall is the salient at the northwest corner, which was probably connected with a gate opening onto the harbor. Architectural details of the walls may illuminate not only concerns with defense at the time they were built but also the more general social and historical circumstances of their construction. For example, the walls exhibit evidence for the later history of the city, especially on the south and west sides, which have been extensively repaired. Two different kinds of repairs are attested: one exhibiting large spolia set in hard white mortar, the other smaller scale dry laid limestone blocks. There is no internal or external date for these repairs – similar repairs in other wall circuits are often associated with the late Roman period, but there is no reason why these repairs could not be earlier. The fortification wall on the west promontory

The west side of the wall occupies the steepest and most precarious slope, and so might have started to fail relatively soon after it was built. In the north, the best preserved section, the walls also exhibit not only different kinds of stone but also different construction techniques, possibly because they were built in episodes over a long period of time, or by contractors responsible for different parts of the wall. In either case, their piecemeal construction might suggest that they were financed and constructed at local initiative, rather than by Lysimachus or a comparable figure – but continued detailed documentation and analysis will be necessary to test this hypothesis. Research on the fortifications is overseen by Felipe Rojas, with contributions by Alex Marko. 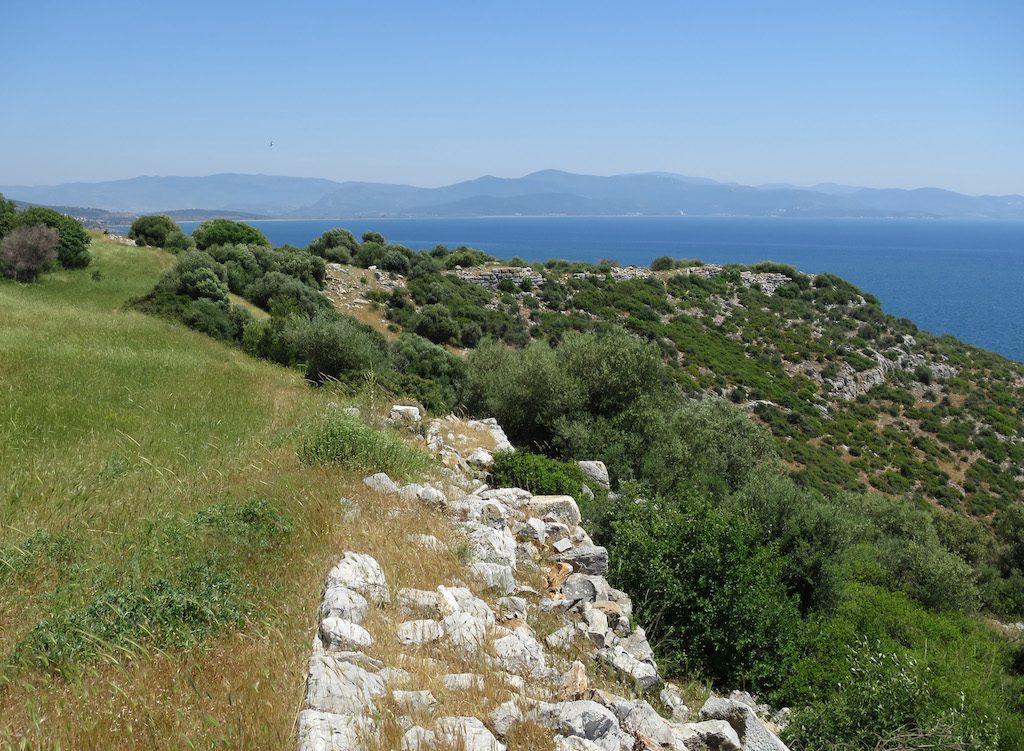 General view of the fortifications on the east promontory, looking east 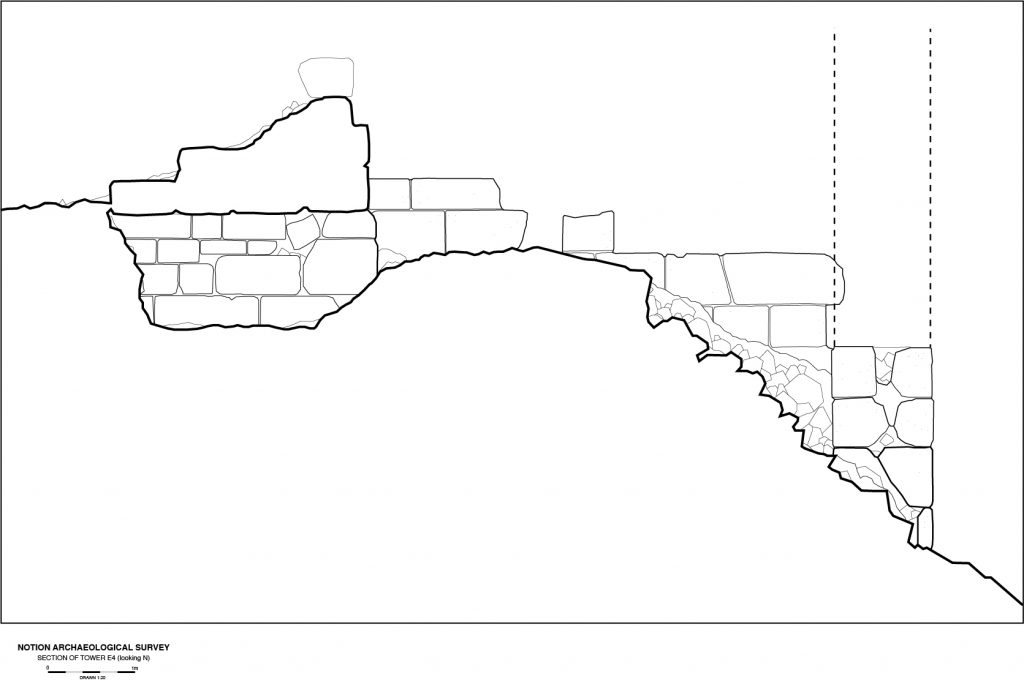 Section drawing of Tower E4 on the east promontory 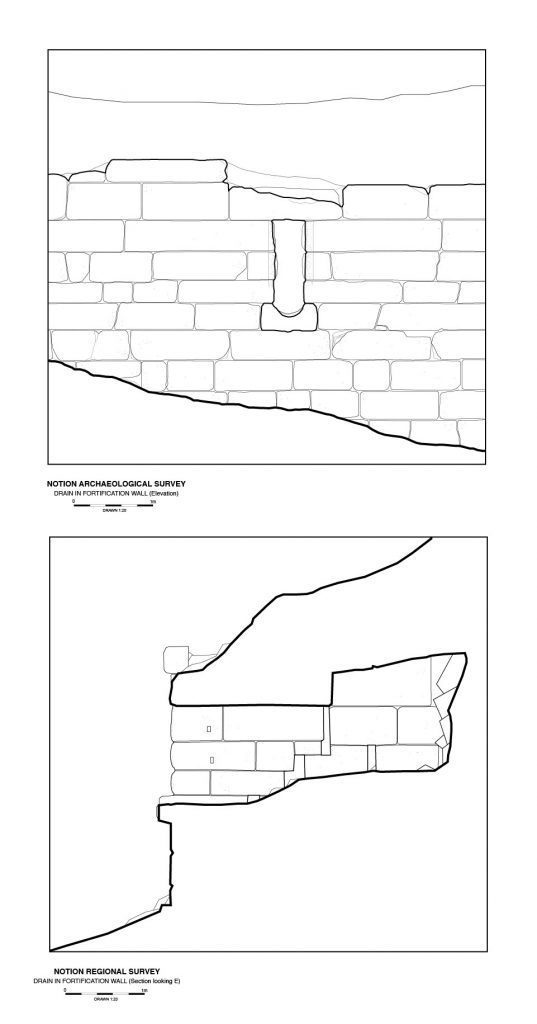 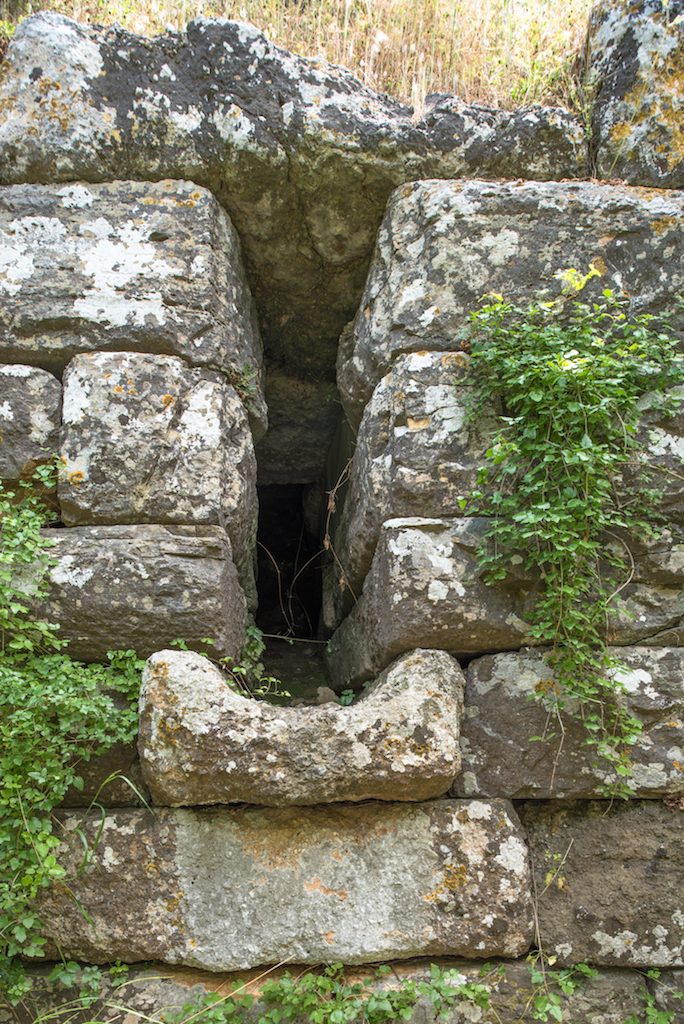 Drain in the north wall of the fortifications