Someone behind a curtain is farting loudly, over and over again, but we don’t talk about it. A nurse comes in, and doesn’t mention it either. She goes behind the curtain, and I hear her say Earl, you need to put your pants on. They wrestle…

Nobody ever asks Oregonians if we have thirty-two words for rain. As a child I spent many a morning forcing my feet into black rubber boots and taking with reluctance the umbrella my mother shoved into my hands. I learned the language of water…

I pulled up to the famous author’s house. Or at least I thought it was his house. As I kept driving, I realized that house was just the bike shed, mere punctuation to the grand estate. The driveway was at least half a mile long. I could smell the ocean in the distance and hear the gravel crunching underneath the tires…

Matt Jones | “Children of the Sun”

When was the first time you saw the sun? Not its winding tendrils, or its luminous glow, or even its radiant essence shining down upon your skin. Not its glare, or its intensity, or its resplendent effulgence — but it. Its hopes, and dreams, and fears, and greatest regrets. Its spots. Its flares. Its magnetic loops and coronal mass ejections…

In late July of 1979, on a state highway a few miles past our home in Fenton, Michigan, my father’s car struck the center column of an overpass, killing both my father and mother. I was nine, my sisters seventeen and eighteen…

When Angelita arrived on our doorstep, she’d been living in the United States for only a few days — hours. I could not have imagined, at that time, her perilous journey and its resulting trauma, nor could I have appreciated the fact of her survival on that uncharted river of migrant travelers, with its snaking tributaries and unpredictable waters, particularly dangerous for a young woman traveling alone…

Lindsey Drager | “Of Breadcrumbs and Constellations”

When they were in their mid-twenties, studying at the University of Marburg, the Grimm brothers, Jacob and Wilhem, shared a bed. They were offered two beds but chose to share one. They would often retire for the evening together, and when they were ready to invite sleep, the sheets distributed evenly around them, Jacob would say, Yes? And Wilhelm would say, Right. And Jacob would put out the candle…

That was what they were looking for, at least in part, when they’d booked the honeymoon for Nova Scotia: the happiness of the catch. So far, they hadn’t found it. Instead, they were trying to find their satisfaction in unexpected places: blackberries on the brambles, eagles perched on branches, moles on the run…

The timing of Baby Week at St. Joseph’s School for Young Men was awful. Father Romello chose such a stressful Monday to assign us offspring. He should have stuck to his lessons on saints, on Maximilian Kolbe and Faustina Kowalska. Several hours before receiving our babies, we had an unplanned morning chapel service, and those never brought good news…

When I was young, I would fall asleep at night hearing — or pretending to hear — the cries of lonesome animals in their nearby keeps: orangutans, with their doughy cheeks and sad, pinched eyes; tigers with their yowling keens and coughs. But of all the organisms at the zoo, my father liked the quiet ones the best: creatures that slithered and hopped and stared myopically from heat-lamp displays…

Jasmine V. Bailey | “This Is Not a Poem About Leah, Let Alone Zilpah and Bilhah,” “A Vulture in China,” “The Abolition of Money,” & “Persephone Finds a Deeper Hell”

Torrin A. Greathouse | “Self-Portrait as Tragedy Model of Disability” 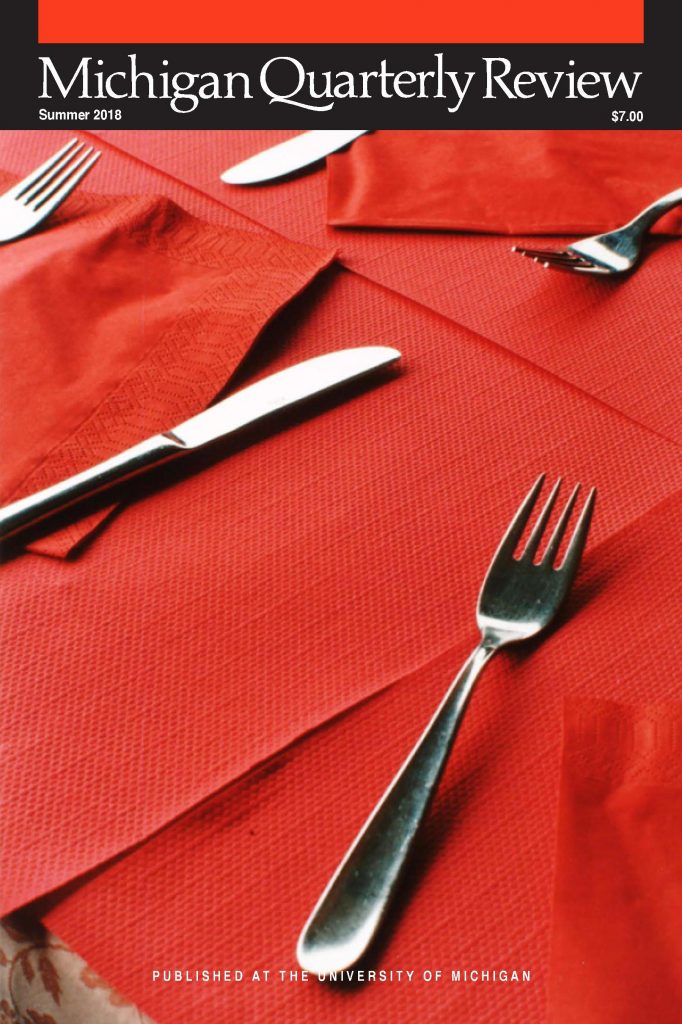