When I left Pennsylvania dairy country in 2004 to teach English in the little Arab kingdom of Jordan as a Peace Corps Volunteer, my country had just begun occupying neighboring Iraq to the east, and the usual unrest ebbed and flowed in Palestine to the west. I was prepared to be an outsider. I wasn’t prepared to become Maryah Bani Hassan, bint al-bedu — daughter of the Bedouin. I never expected to be embraced as family by my neighbors: an elderly couple, their four sons and daughters-in-law, and dozens of cousins. 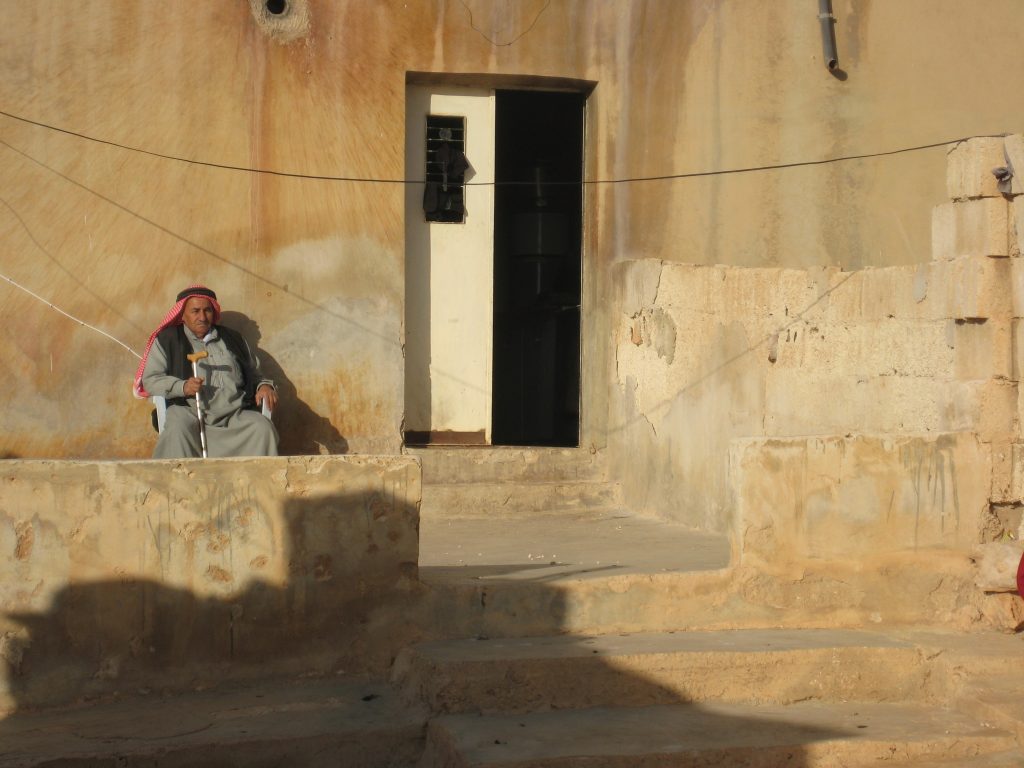 Abu Saleh outside of his home. Photo courtesy of the author.

I shared a broad diamond of rocky yard with al-mudira — the school headmistress Umm Alaa, and her sister Umm Anis. At the fourth corner of that yard, up a gentle slope and directly between me and the newly paved road, was a house even smaller than mine. This was daar Abu Saleh — the home of the father of Saleh. I never learned his first name, or his wife’s. I knew them by an Arab term of respect, the kunya Abu Saleh and Umm Saleh, meaning Father of Saleh and Mother of Saleh, their eldest son. When speaking of them to their grandchildren, I called them jiddoh uu jiddah — grandpa and grandma. I addressed them as ya Hajjii or ya Hajjah respectively — “Oh, pilgrim,” because they had been to Mecca and Medina at the right time of year and performed the rituals of Hajj. This is the Arab way, to be known by your relationships, your faith, or, like al-mudira, by your position in the community.

In the evenings, Abu Saleh’s sons and daughters-in-law would gather in his home. Two of his sons, Abu Anis and Abu Alaa, had married the sisters Umm Anis and Umm Alaa, whose brother had also married Abu Saleh’s daughter. They were all first cousins, too, and had grown up together, a tight-knit family with a long history. When Umm Alaa took me on as her daughter, the rest of them considered me family, too.

It was on my second night in Faiha’ that Umm Anis’s eldest daughter knocked on my door as the day was darkening. An eighth grader, she had the best English of the neighbor kids, or at least the most confidence in her ability, which is the most important part of fluency. “We go daar jiddoh, house my grandfather, Abu Saleh,” she told me. “My mother say, come!” 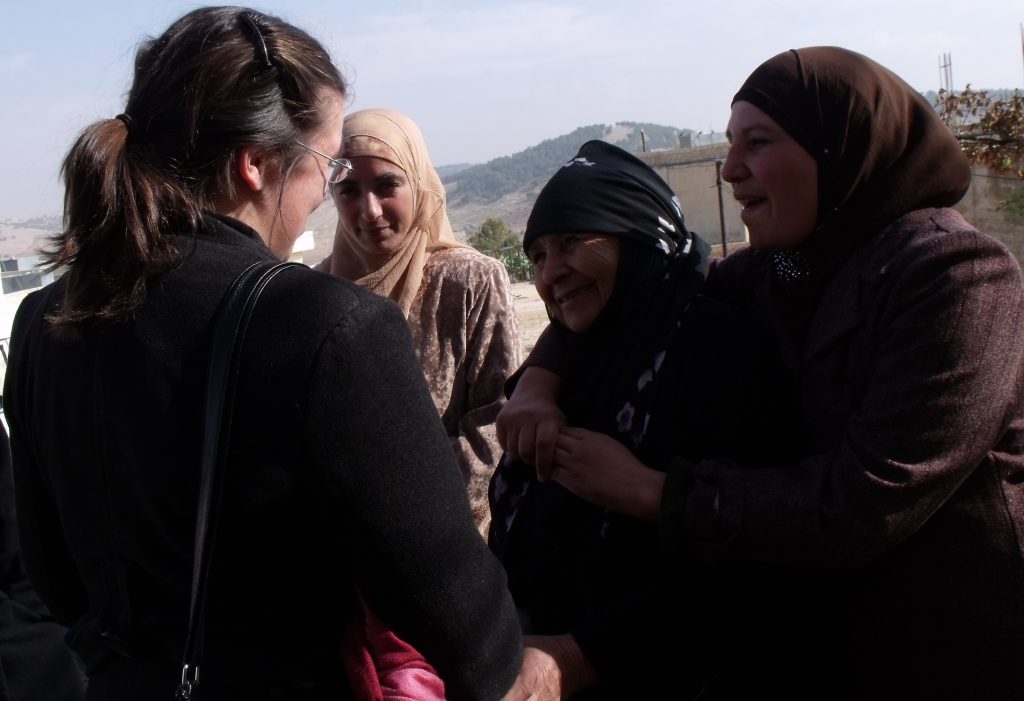 Jordanian women in traditional garb. Photo courtesy of the author.

Daar Abu Saleh was just a square concrete box with a windowless room to one side for the kitchen. At some point, a second-floor salon had been built for hosting guests, but Abu Saleh struggled now to get up the stairs and rarely used it. On the ground floor, where Abu Saleh and Umm Saleh spent their days, there were several overlapping carpets, once colorful but now graying and threadbare, spread across the floor. Along the walls were mattresses called fershaat on the floor, scratchy polyester sacks stuffed with raw wool. Matching burgundy and yellow-gold pillows leaned against the walls and were stacked two or three high at the intersections of the fershaat. Later, as the summer nights heated up in their windowless house, Abu Saleh would have the grandchildren drag the fershaat out onto the concrete patio, which was twice the footprint of the house itself, and cool in the persistent hilltop breeze on even a hot day.

Abu Saleh always sat cross-legged beside the doorway to the gloomy kitchen, with a dark grey pinstripe caftan, a matching suit jacket, and a grey down vest. He had a round face and a smooth bald head that reminded me of Yul Brenner’s King of Siam. I used to marvel at how even and white his teeth were at his age, with all the sticky-sweet tea they drank, only to discover near the end of my time in Faiha’ that he wore a full set of dentures.

To continue reading, purchase MQR 57:4 or consider a one-year subscription. This essay appeared in the Fall 2018 – Caregiving Issue of MQR.

Maryah Converse was a Peace Corps educator in Jordan, 2004–2006, and was studying in Cairo during the 2011 Arab Spring. She has written for such publications as From Sac, New Madrid Journal, BLYNKT, Silk Road Review, Newfound, and The Matador Review. Gulf Stream Literary Magazine nominated her work for the 2017 “Best of the Net” collection. Maryah holds a Masters in Near Eastern Languages, teaches Arabic and English as foreign languages in the New York area, and blogs intermittently at bymaryah.wordpress.com. Follow her on Twitter @MaryahRC.

About the author Maryah Converse