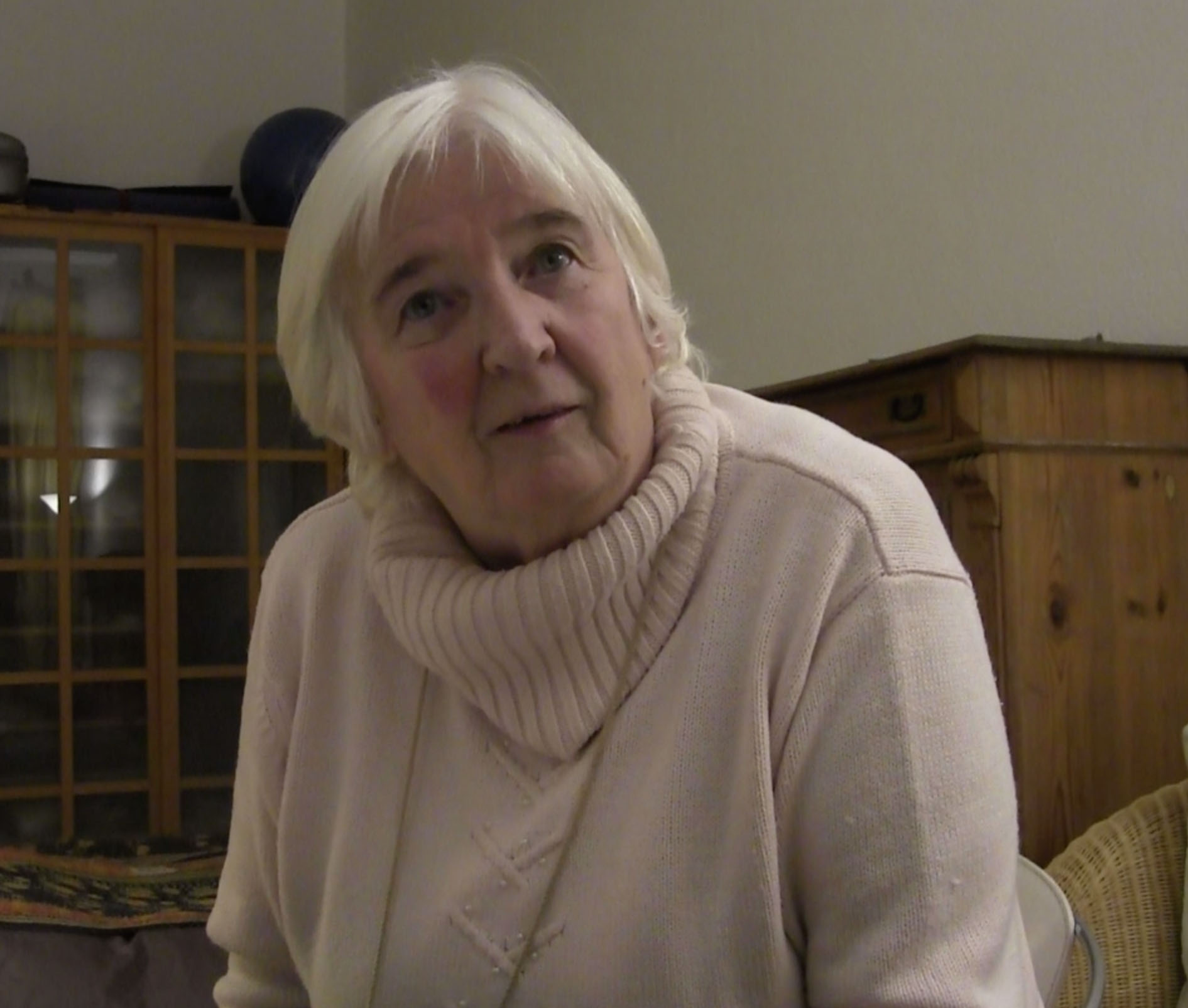 Gudrun Koch was born in Kolberg in East Pomerania in 1945. She studied education in Dortmund and Berlin 1964-1970, and became a secondary school teacher of German and history, after passing the state exams. She taught from 1967-73, and in 1974 began postgraduate studies in social sciences and adult education, taught adult education, and during that same period was a co-founder of the Women’s Action Dortmund (FAD). She engaged in practical theater training in the late 1970s in Berlin, and in the 1980s pursued both theater studies and experimental theater work in Paris. Beginning in 1990 (and continuing through 2006) she worked on the establishment of a European women’s cultural association, which was the external link of European Women’s Action (EFA) eV Berlin. She planned and implemented events in Europe and North Africa, and also worked on documentaries. 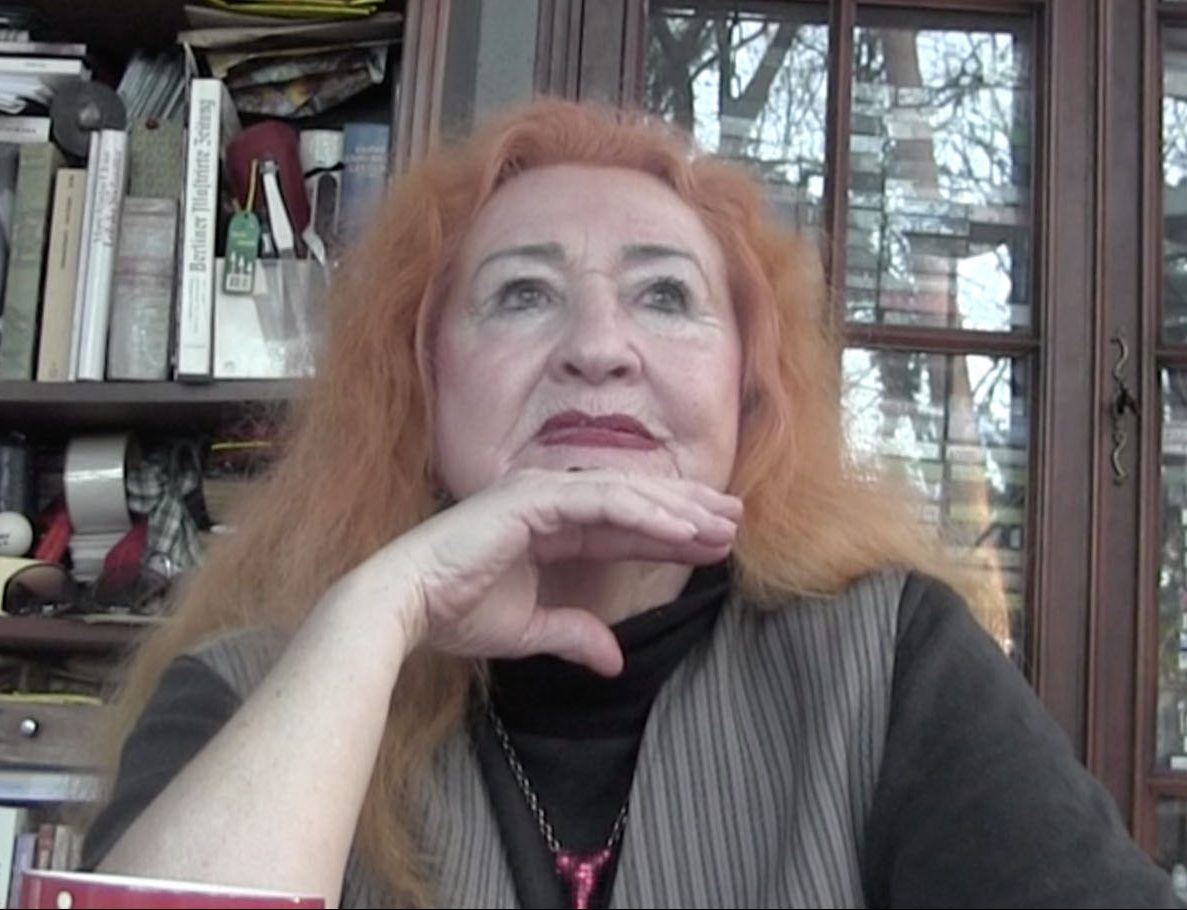 Dagmar Schoenfisch was born in Berlin in 1940. She worked as a nurse in East Berlin, and in August 1961 escaped to West Berlin, where she got her diploma at the Free University. She has a daughter and a son. She participated in the German Senate for Economics in 1978 and worked in women’s shelter activism. She was the founder of the first lesbian bar in Berlin (“Die Zwei”) in 1980-81, which she continued to operate until 2002. 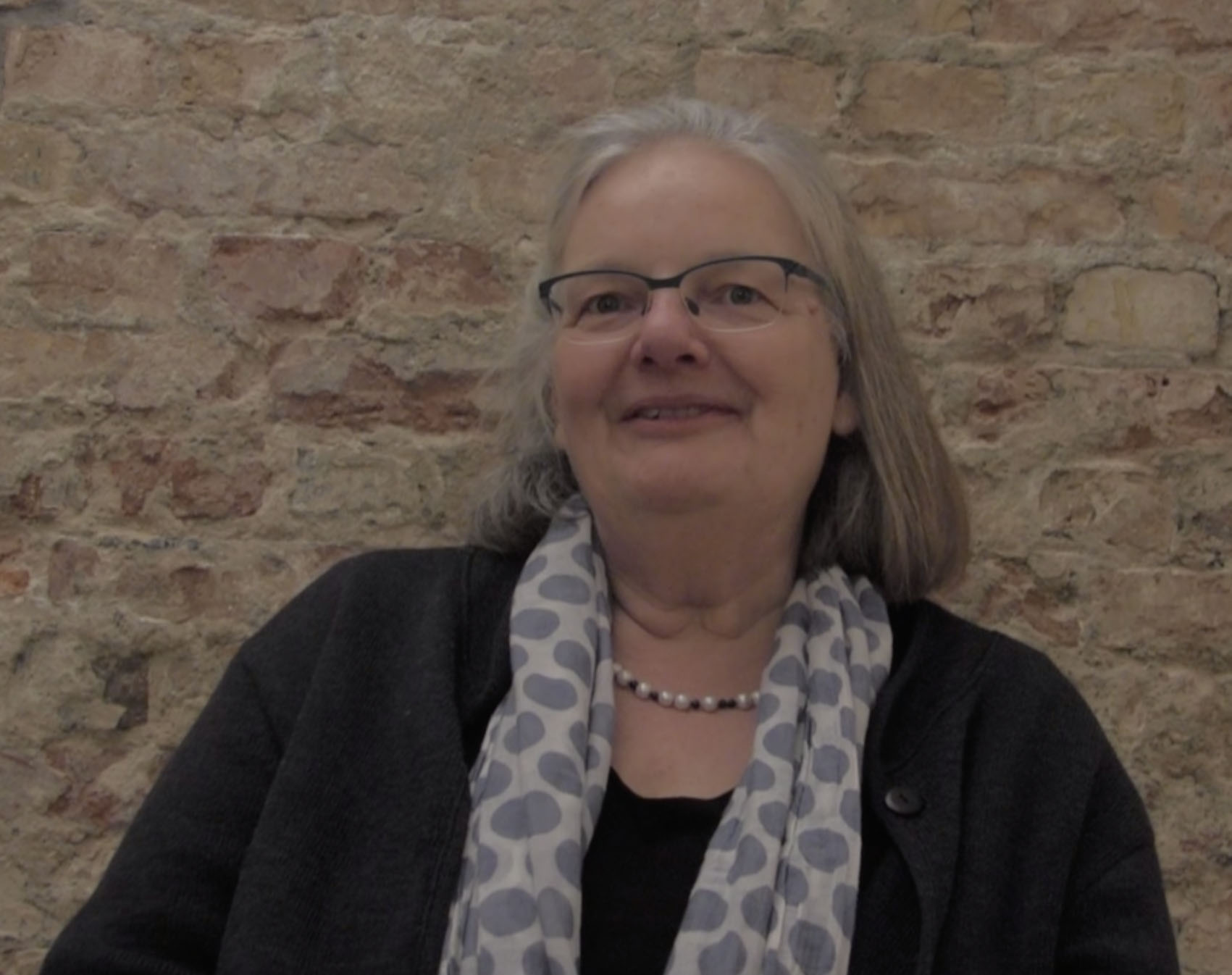 Marion Schmidt was born in Kiel in northern Germany. She moved to Berlin in 1976 at age 18 and trained as a librarian, eventually working as a music librarian. However. she began teaching Foxtrot and Tango steps with Brigitte Garten in 1986 in the Schoko-Fabrik in Berlin-Kreuzberg. These courses have been very popular for years. There are several women's balls and weekly dance opportunities during the year, at which same-sex couples are welcome. She offered many programs through BEGINE, beginning in the late 1980s. In 1999 Marion completed her studies in educational science at the TU Berlin with a diploma thesis on the subject: "Everything is turning! Feminist couple dance culture in the field of tension between bourgeoisie and subversive practice". This work integrates years of observations, discussions, findings, and developments in our dance pedagogical practice. The text is available on request at tanz@donnadanza.de. 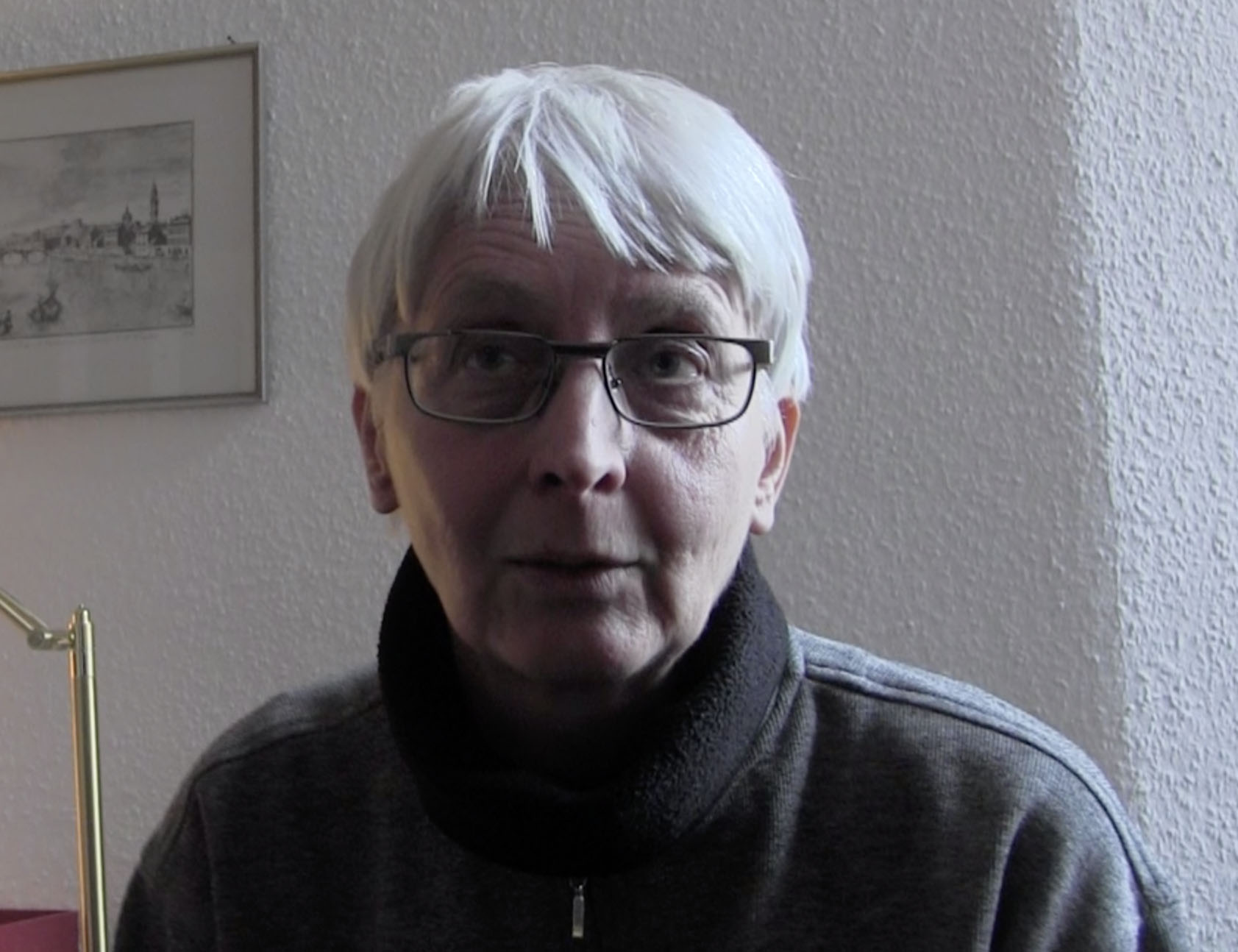 Tamara Multhuapt grew up in Schwäbish Gmund, near Baden-Württemberg, Germany, and moved to Berlin in the early 1970s. She obtained her M.A. in Ethnology, Sociology and Native American Studies from the Freie Universität in Berlin (Free University of Berlin) in 1979. From 1980 to 1986 she was a lecturer in the Institute for Ethnology at the Freie Universität Berlin. In 1981-82, she carried out a research project about the Azande people in South Sudan, and in 1990 "Hexerei und Antihexerei in Afrika" (published 1990) as well as academic articles also on witchcraft in Africa (such as Multhaupt, Tamara. "Sozialanthropologische Theorien über Hexerei und Zauberei in Afrika", Anthropos, n°82 (4/6), 1987, pp. 445-456). She was involved with the feminist organization, BEGiNE, when it first opened in 1986 and eventually actually worked there for 8 years, until about 1996; she particularly focused on the EU project about commemorative culture. 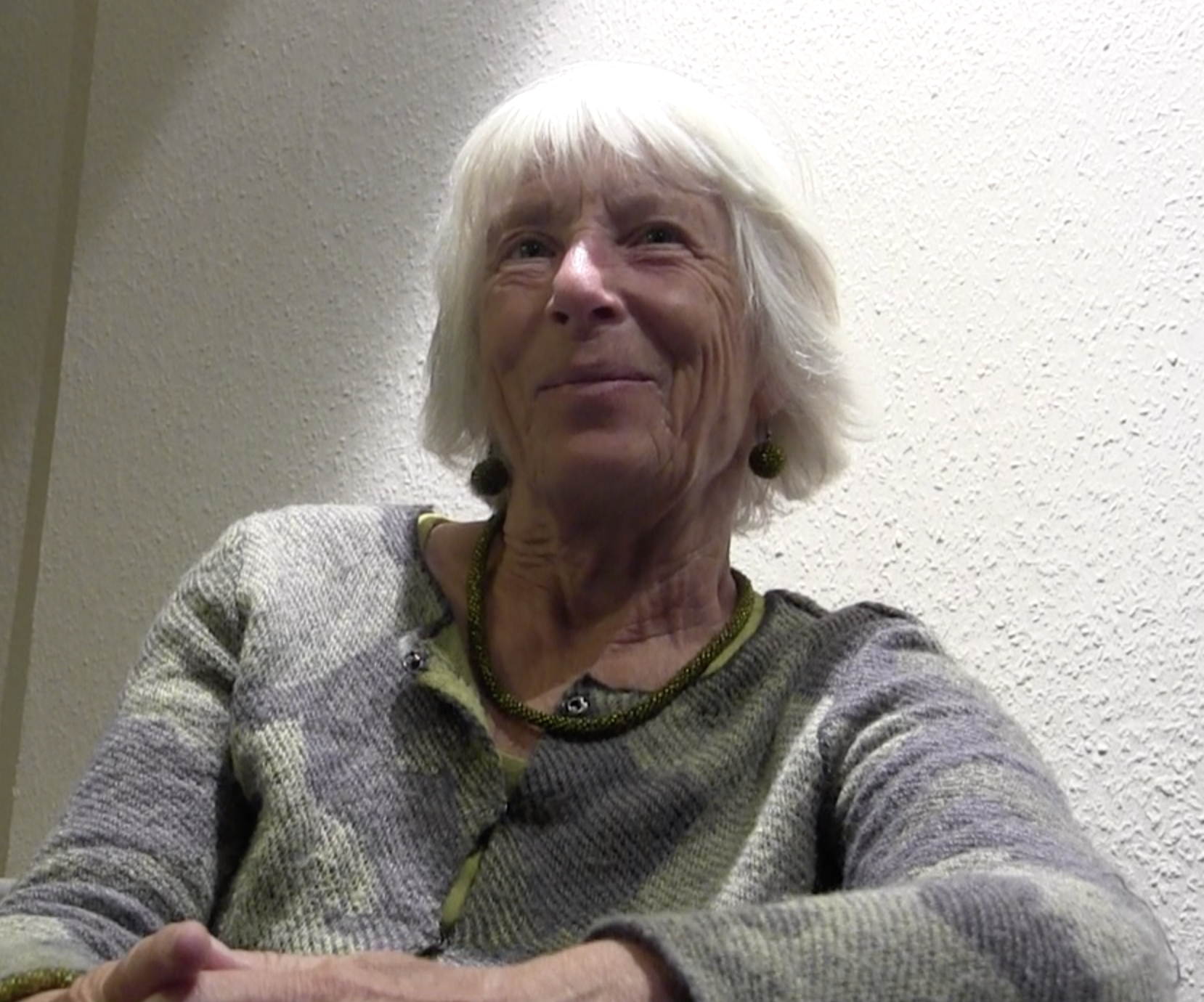 Heidi Meinzolt-Depner is a language teacher, engaged since the 1970s in the peace movement and transnational political activism. She is a member of the Women's International League for Peace and Freedom, and she focuses on alternatives to traditional 'security' politics. She was one of the co-founders of the Greens in Bayern. From 1987 to 1991, she became regional spokeswoman for the Greens in Bayern, as part of the Alliance 90/The Greens coalition. During her political career within the Greens, she took on multiple roles, including as spokesperson for the Bavarian state association and for regional and national task forces on European and peace politics. She was board member of the European Greens, as well as district chair and candidate to the German and European Parliaments. She left the Greens Bayern in 2001 after 19 years, to focus on her engagement on other initiatives and in NGOs. 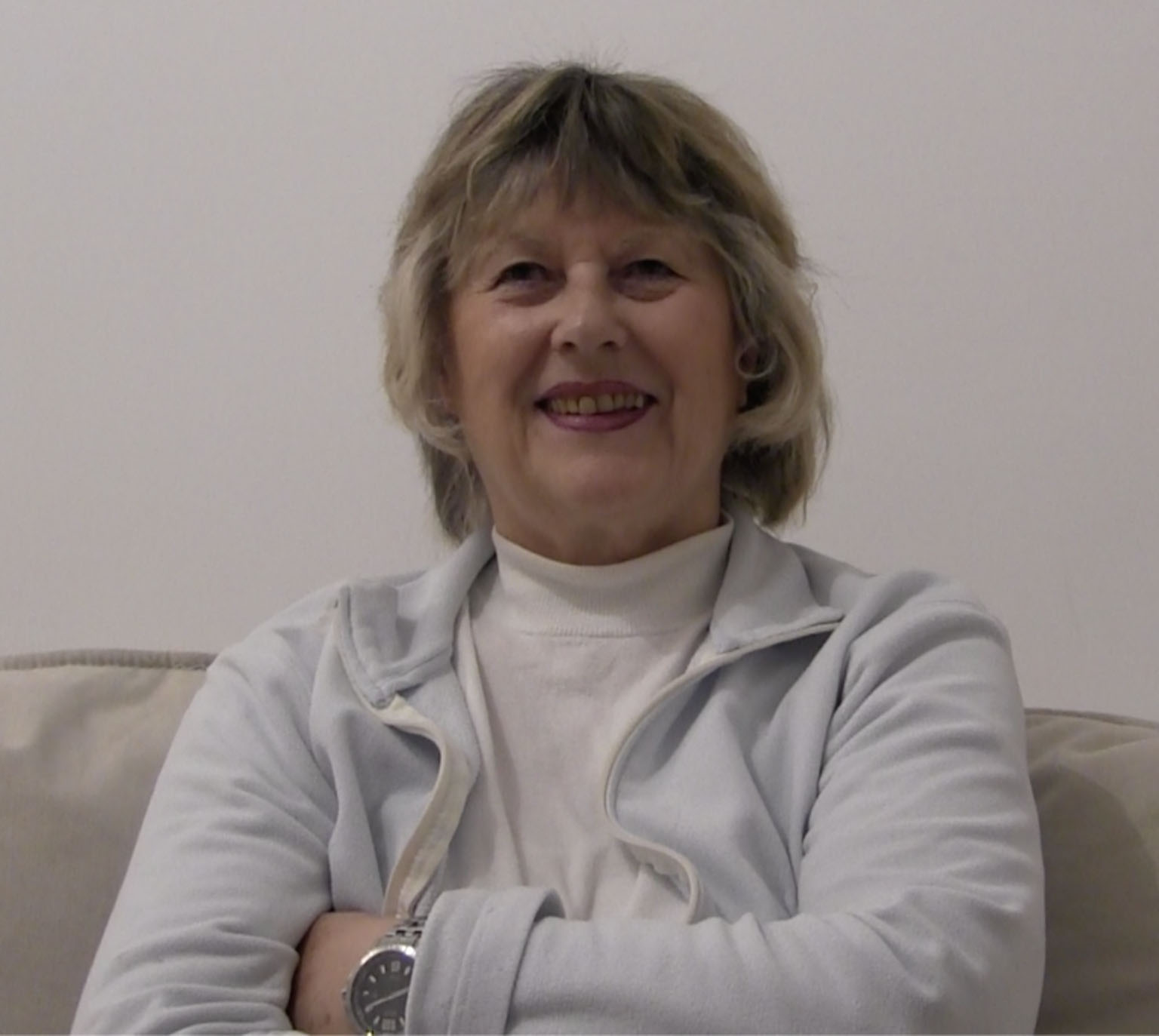 Sigrid Metz-Goeckel was born in August 1940 in Pietraszyn, a village in southern Poland, close to the Czech border. She is a scientist and a frontier worker between science and science policy. She has been committed to social justice and improving the situation of women as a member of civil society, which led her to found the "Defiant Women" Foundation (Stiftung Aufmüpfige Frauen) in 2004. She studied Economics at Mainz University (1960-61) and Sociology at Goethe University Frankfurt (1961-1966), and then pursued doctoral studies in social psychology and political science at the University of Gießen (1968-1972). She became a Sociology Professor at the Technical University Dortmund (Technischen Universität Dortmund) in 1976. Between 1976 and 2005, she was director of the Center for Higher Education of the University of Dortmund and an expert member of numerous commissions and councils, including for the German parliament. She also acted as initiator and spokesperson for the first graduate program in women's studies (1993-1999) and doctoral program of the Hans Blöcker Foundation from 2001-2008. 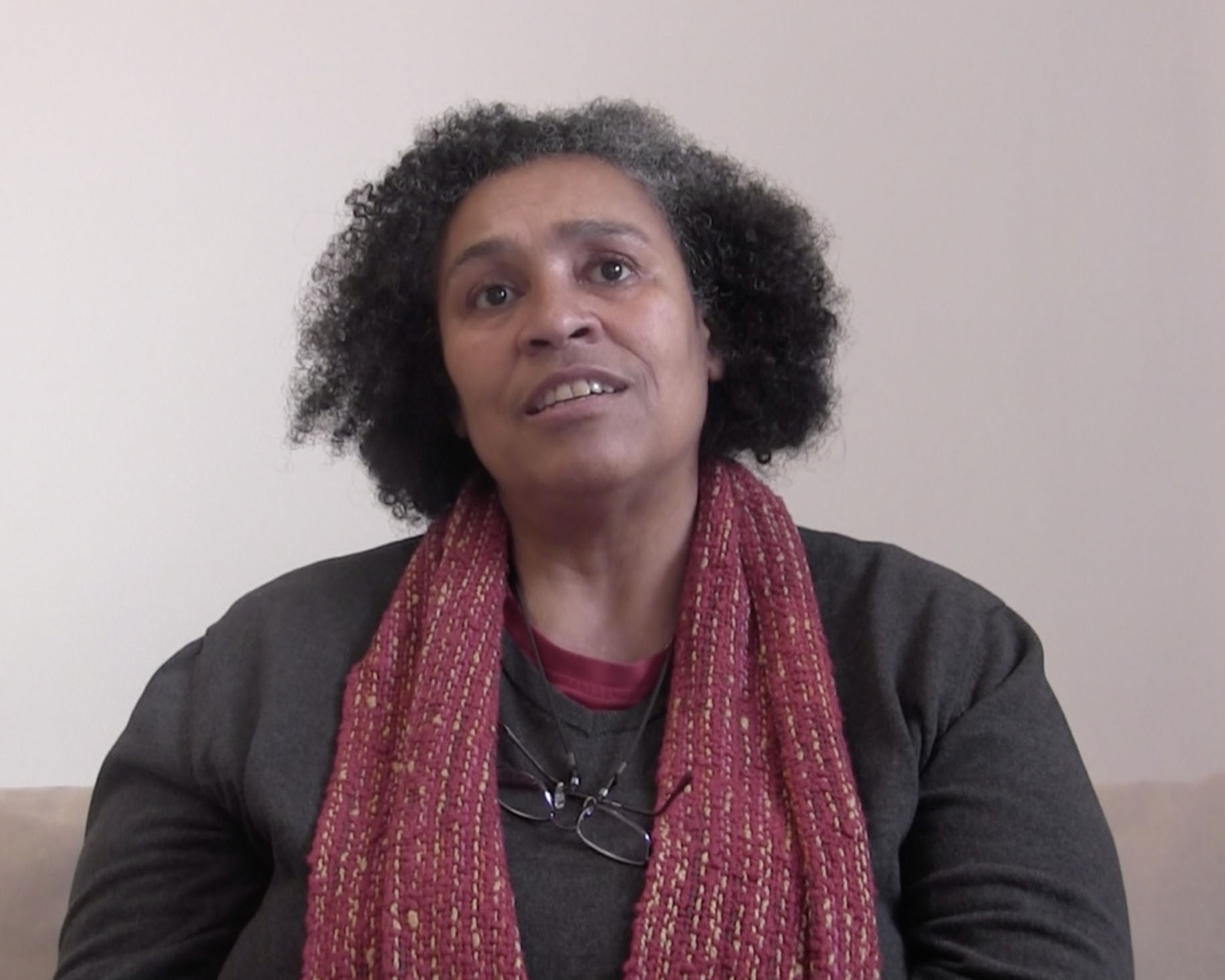 Katharina Oguntoye is an Afro-German writer, historian, activist, and poet. She founded the nonprofit intercultural association Joliba in Germany and is perhaps best known for co-editing the book Farbe bekennen with May Ayim (then May Opitz) and Dagmar Schultz. The English translation of this book was entitled Showing Our Colors: Afro-German Women Speak Out. Oguntoye has played an important role in the Afro-German Movement. Born in Zwickau, East Germany, to a German mother and a Nigerian father, Katharina Oguntoye was raised in both Nigeria and Heidelberg, Germany. Growing up with her father and other African relatives allowed her to see her Blackness in a positive way and she missed that when she returned to Germany at the age of nine. That move back was hard and she often describes internalized racism. Within Showing Our Colors, Oguntoye features her own poetry, much of which focuses on her own understanding of Afro-Germanness, her Afro-German subjectivity, and the relationship between Afro-German women and white German feminism.
Keywords: Coming Soon
Media: Transcript (English, German), Name Pronunciation Audio, Video (German, English) 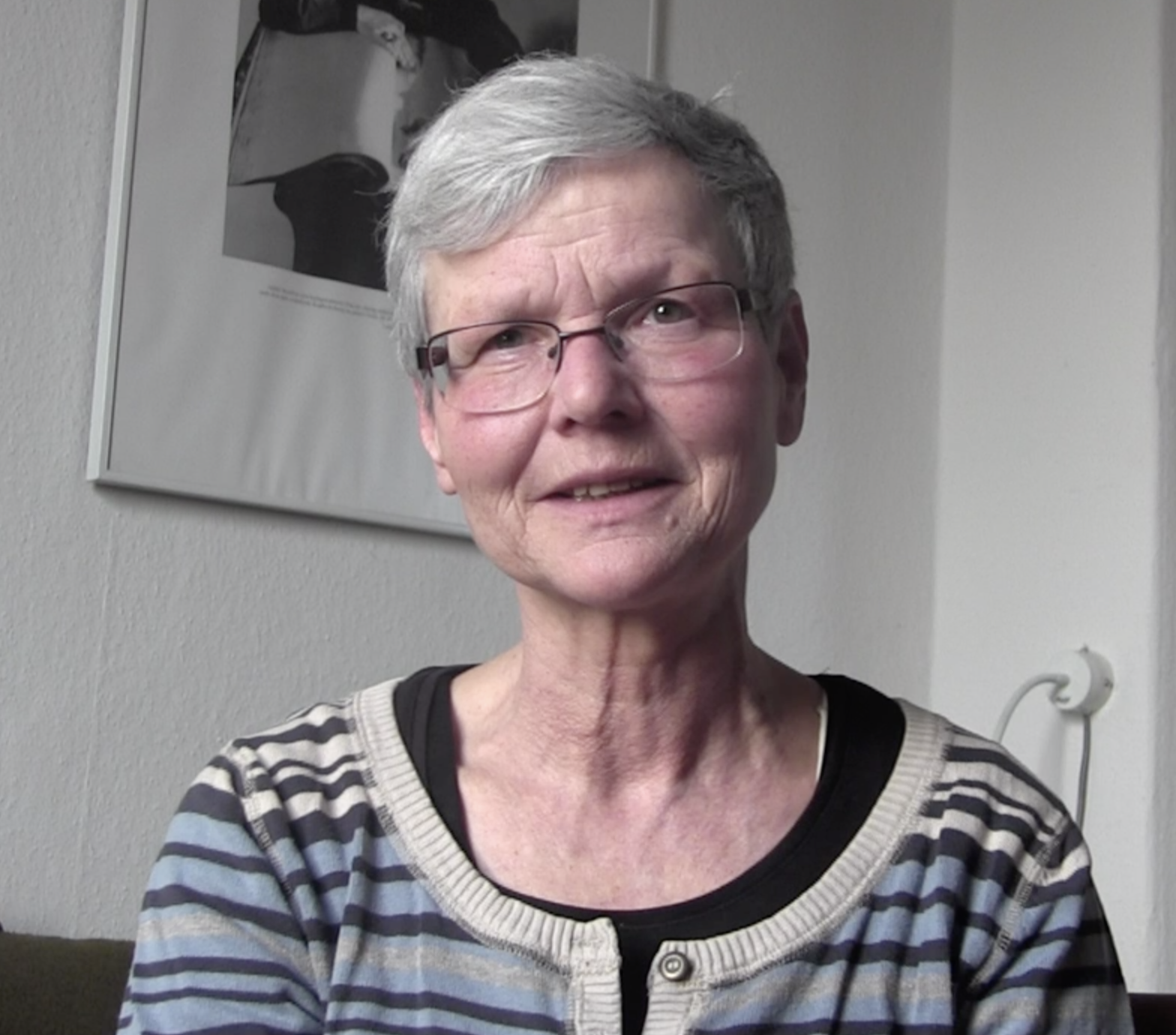 Barbara Hoyer, born 1955, MA in German Studies and Geography (Magistra thesis on lesbian literature in the 1970s). After her studies, she worked in the women's bookstore Labrys in Berlin (1982-1989). From 1990-1998 was she part of the organisational team of BEGiNE -Treffpunkt und Kultur für Frauen e.V., responsible for event organisation, fundraising, and accounting. Since 1975 she has been active in the women's and lesbian movement, first in various women's groups (including LAZ -Lesbian Action Centre Berlin -around 1980), then in the above-mentioned women's projects). Since 2004 she has been project manager of the BEGiNE. 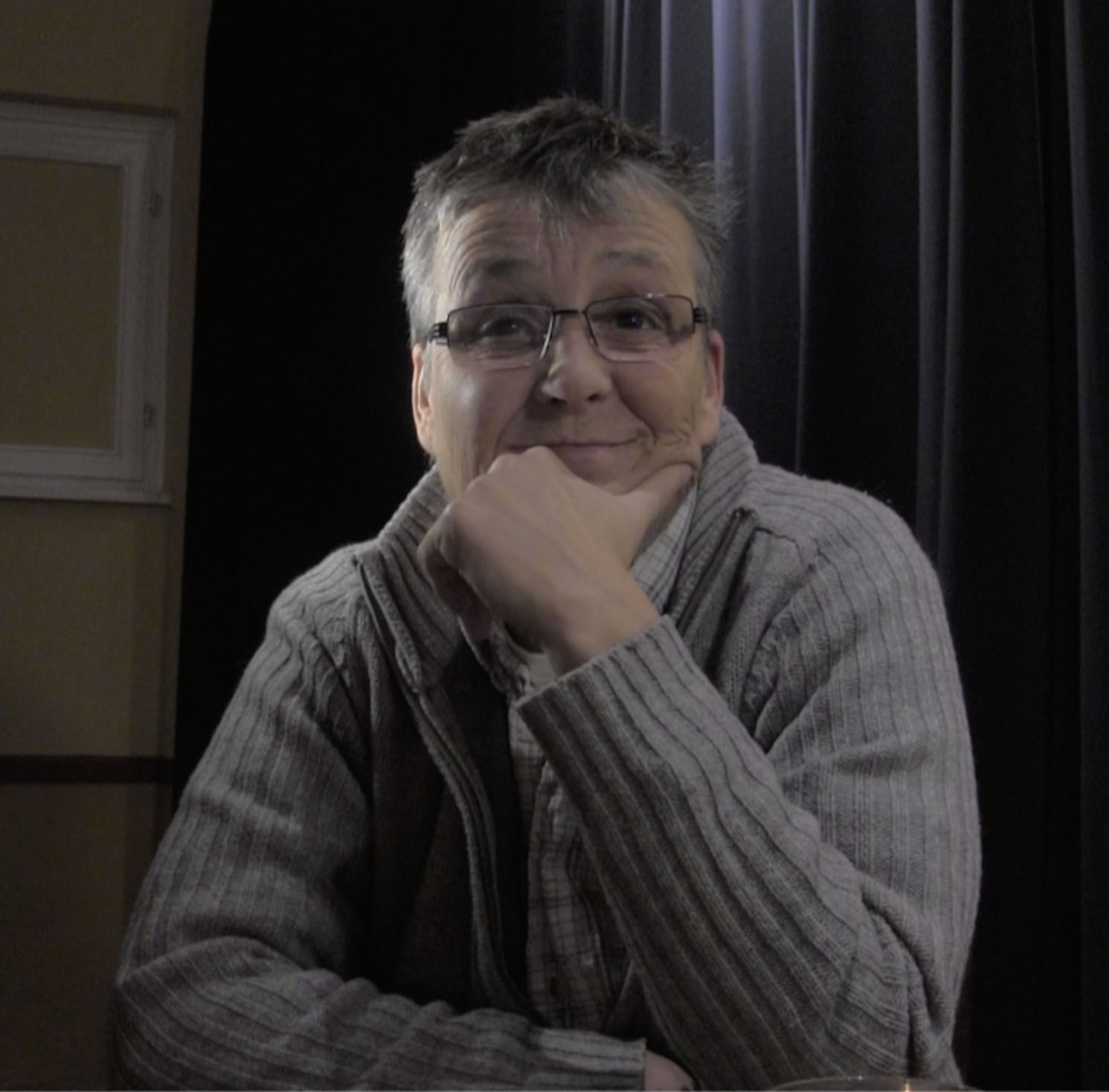 Manu Giese, born 1960, trade union employee at HBV (Union of Retail, Bank &Insurance, later ver.di). She came into contact with the women's movement when she was a teenager and had been active in the women's occupied house at Potsdamer Straße 139 in Berlin-Schönebergsince 1981. She belonged to the responsible group of women who, with the help of state subsidies and a great deal of self-help and work, renovated the house from the ground up. In 1986 the BEGiNE -Meeting Place & Culture for Women was opened in those premises. She lived in the house until 1998 and was active in self-administration (e.g. as a board member of the house association). She is also active in the BEGiNE as the owner of the women's pub (1986 -1998 and again since 2004). 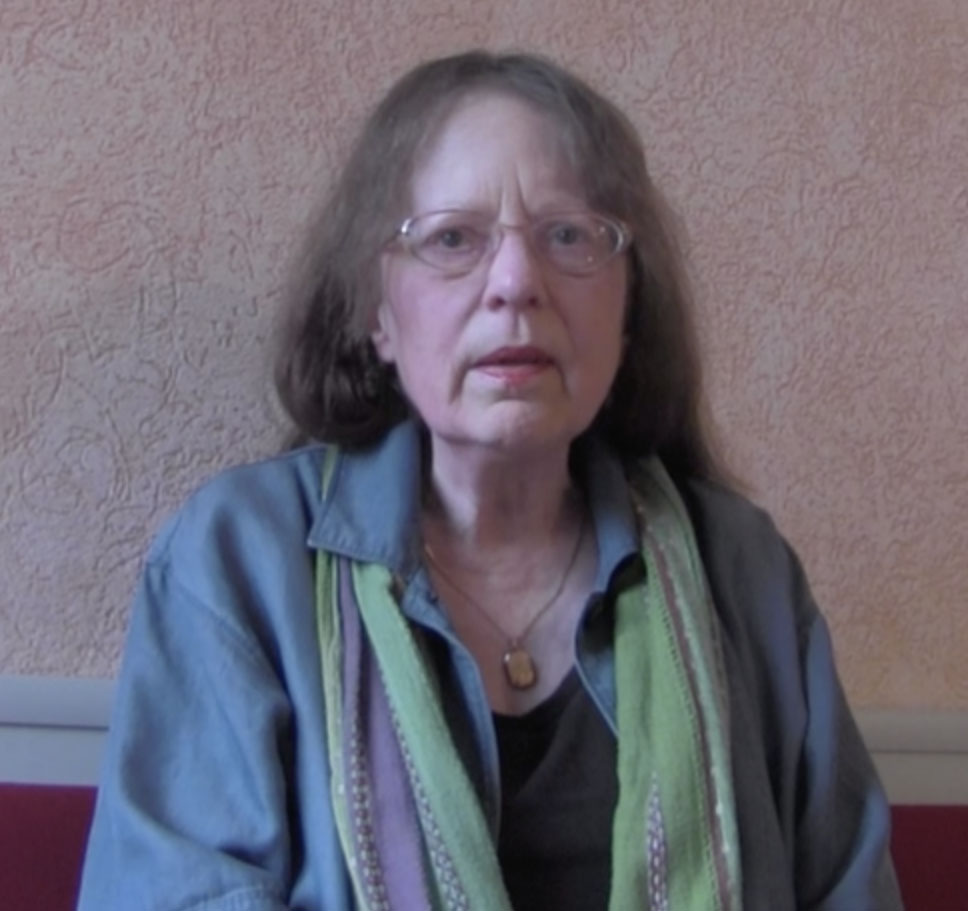 Born in 1949, Eva Maria grew up in Frankfurt on Main. After graduating from high school and apprenticing as a bank clerk, she left home in 1971. She was a university student in Marburg, until 1977 when she moved to Berlin. She was active in different gay and lesbian groups throughout this period, and collaboratively created the first Lesbian Week in Berlin in 1985. Eventually she was very much involved with BEGINE in Berlin.