These interviews, conducted in 2014 and 2015, reflect the variety of women’s activism and scholarship in Brazil in the late twentieth and early twenty-first centuries. They include discussions on the rise and fall of dictatorships, the history of slavery and racial inequalities today, land rights, and emerging network of NGOs addressing social issues. Notably, interviewees focus on issues of domestic violence, working class dynamics, LGBTQ rights, and art as social change. 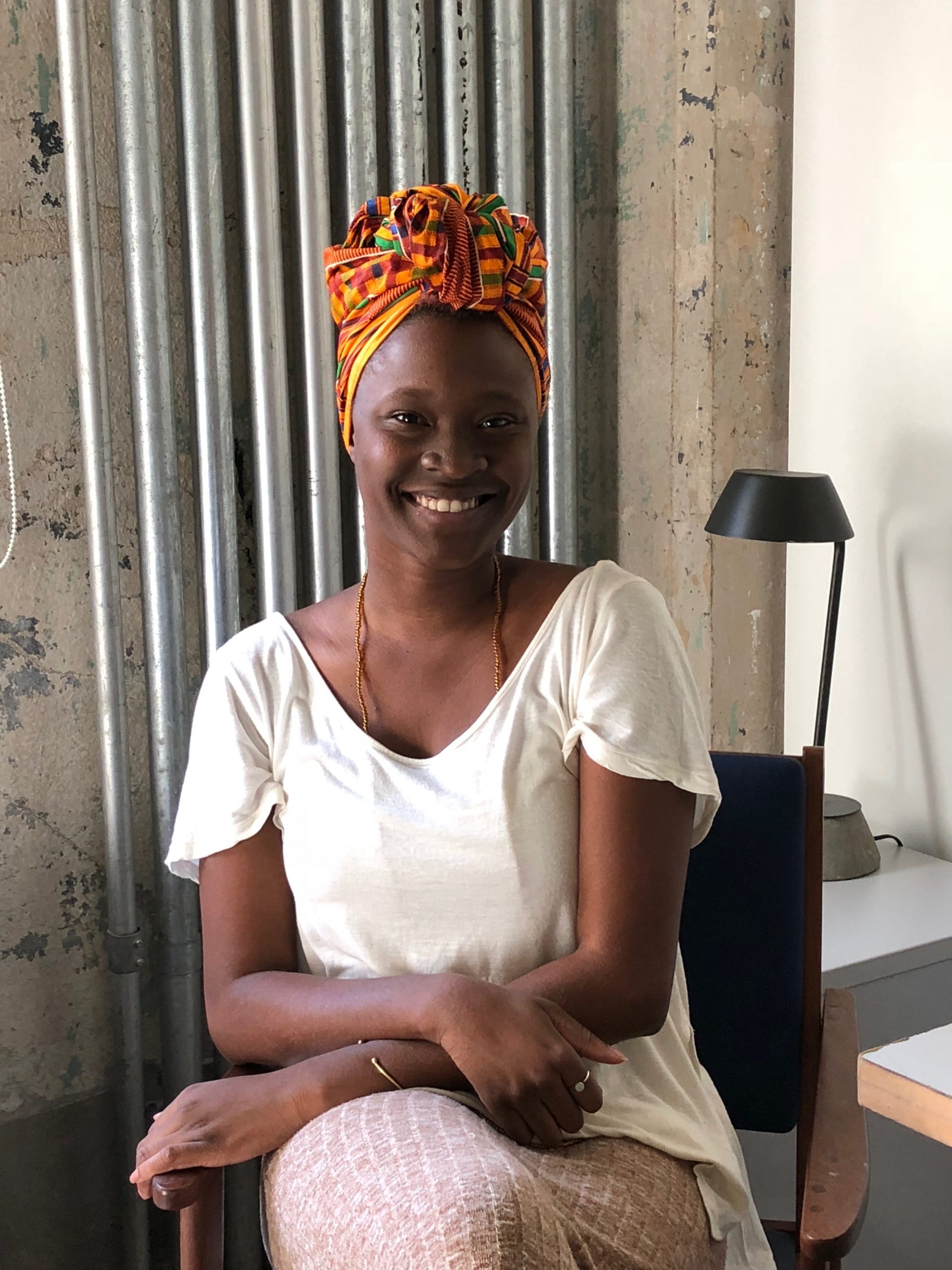 Haynará Negreiros was born in São Paulo and holds a master's degree in Science of Religion from PUC SP (Pontifical Catholic University of São Paulo), where she investigated the relationships between clothing, candomblé and affective memories of the community of the Redandá terreiro (Redandá candomblé house) from São Paulo. Haynará is a writer and researcher of diverse aesthetic languages and her main areas of study are Afro-Brazilian and African aesthetics that are manifested through dress, fashion, religiosity and family memories. She published in Blogueiras Negras, has a tumblr called O axé nas roupas (The axé in the clothes), where in her own words she “performs a mapping of memories, a cartography about Afro-Brazilian aesthetics”. In 2018 she worked as a curatorial assistant at Red Bull Station, a space for experimenting with arts and music in downtown São Paulo. Between November 2019 and March 2020, she was the curator of the exhibition Indumentárias negras em foco (Black clothing in focus), that was the result of a partnership between the Moreira Salles Institute and the Feira Preta Institute. She currently teaches seminars at the MASP-São Paulo Art Museum School and at the Adelina Institute and writes the column "Negras Maneiras" (Black Manners) at ELLE Brazil. 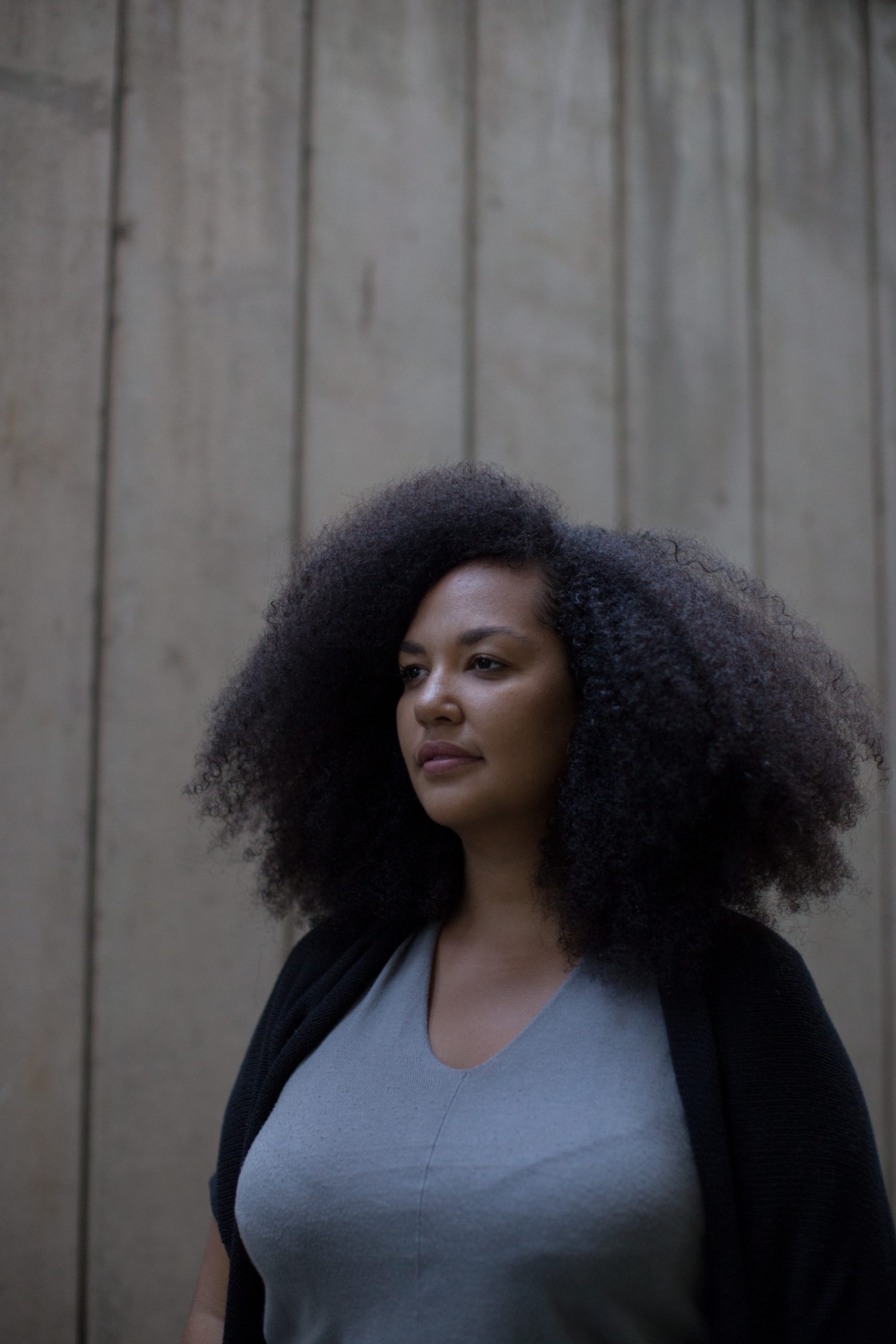 Diane Lima was born in 1986 in Mundo Novo, Bahia, Brazil and is an independent curator and creative director. She holds a Master of Arts in Communication and Semiotics from the Pontifical Catholic University of São Paulo (PUC-SP) and her work focuses on experimenting with multidisciplinary artistic and curatorial practices, developing collective learning devices with a focus on knowledge creation and production processes. In 2014, she founded the NoBrasil (InBrazil) platform, created the “Leave the Girl's Hair in the World” campaign (campanha “Deixa o Cabelo da Menina no Mundo”), and the AfroTranscendence project, an immersion program in creative processes to promote contemporary Afro-Brazilian culture. The project produced the short film Tempo de Cura (Healing Time) that was screened in several Brazilian film festivals. Between 2016 and 2017, Lima curated the Vale do Silício African Film Festival, created A. Gentes, an immersion program on racial issues for the employees of Itaú Cultural, in addition tobeing the curator -at the same institution-of Diálogos Ausentes (Absent Dialogues), a project that for a year and a half discussed the presence of black people in different areas. The project culminated with a homonymous exhibition in the cities of São Paulo and Rio de Janeiro. In 2018 she was the curator of the Valongo International Image Festival, a member of the Art Critics Group of the CCSP –São Paulo Cultural Center, in addition to be a jury member on several selection and award commissions such as Bravo Award!, the award EDP in the Arts from the Tomie Ohtake institute and of Artsonica from Oi Futuro. Lima also collaborated for the Bravo! Magazine and in 2018 published a text in the Anthology Afro-Atlantic Histories of the MASP -São Paulo Art Museum. 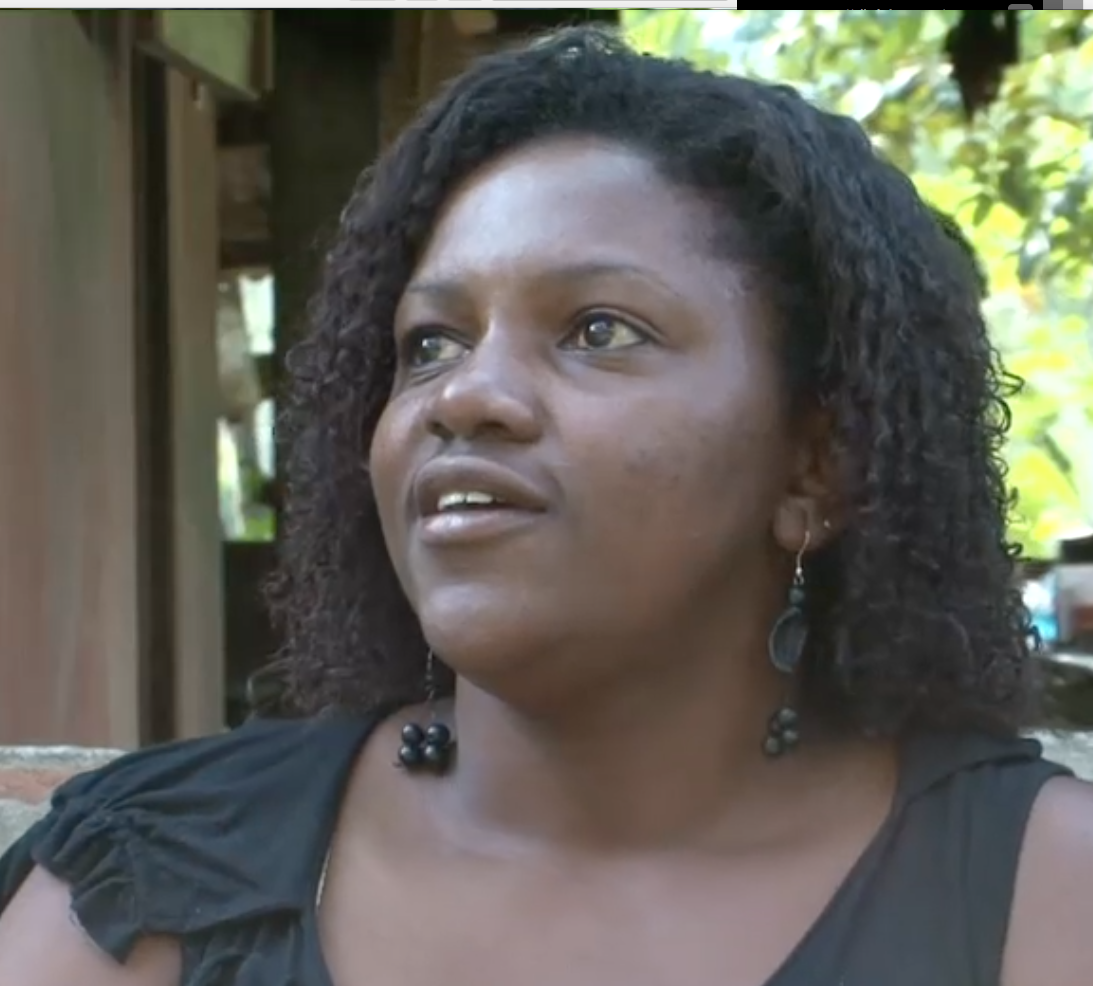 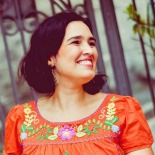 Laura Castro, born in December 1981 in Rio de Janeiro, is an actress, playwright, singer, cultural producer, and political activist for LGBT families. She is the author of a number of stories and plays, including the 2013 play "To our Children," about a lesbian woman telling her mother that she is going to have a baby.
Keywords: LGBTQ, adoption, family, arts, theater, film, acting, lesbian, marriage
Media: Transcript (English, Portuguese), Video, YouTube Video, Name Pronunciation Audio 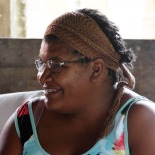 Marilda de Souza Francisco, born in 1962 in Angra dos Reis, grew up in the Quilombo community of Santa Ria de Bracuí. She has been active in community organizing all of her life and she has worked in the schools of Angra for many years, promoting education and community development in this rural community of black Brazilians who are descendants of slaves.
Keywords: land rights, slavery, education, rural, literacy, race, black, land reclamation
Media: Transcript (English, Portuguese), Video, YouTube Video, Name Pronunciation Audio 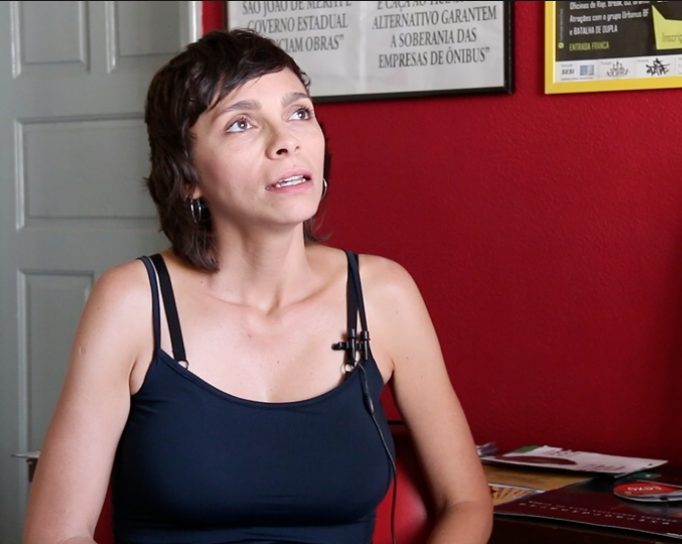 Giordana Moreira, born in 1980, is a human rights activist and has been working in the arts as a cultural producer since the-mid 2000s. In 2011 she created Roque Pense!, a network of women cultural producers that promotes projects and festivals through music and graffiti arts to raise awareness about women’s rights and to celebrate women’s artistic work.
Keywords:
Media: Transcripts (English, Portuguese), YouTube Video, Name Pronunciation Audio 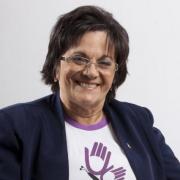 Maria da Penha was born in 1945 in Fortaleza, Ceará. She is a leader in the struggle against domestic violence in Brazil. Victimized by her husband in 1983, she was the first to successfully bring a case of domestic violence to the Inter-American Commission on Human Rights. In 2006, Brazil Federal Law 11340 was ratified, known as the "Maria da Penha Law on Domestic and Family Violence."
Keywords: domestic violence, human rights, Brazil, law, civil society
Media: Transcript (English, Portuguese), Video, YouTube Video, Name Pronunciation Audio 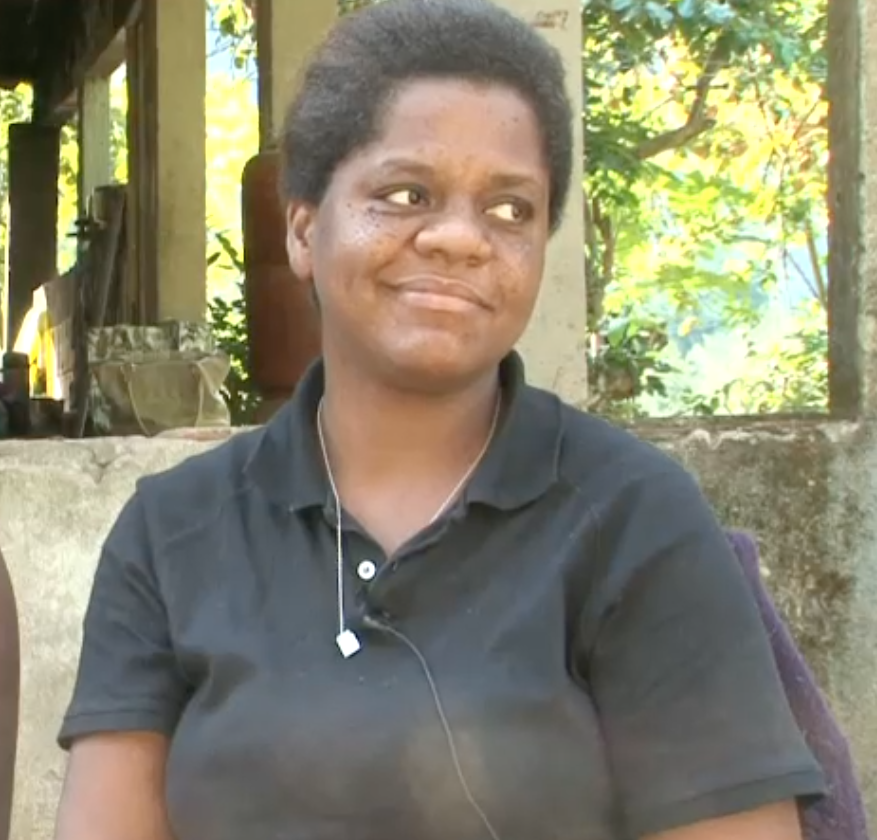 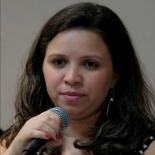 Iara Amora dos Santos, born in 1984 in Fortaleza, Ceará, is a project supervisor at the Center for the Working Woman, an NGO in Rio de Janeiro that supports working class women in understanding their rights. Iara received her B.A. in Law from the Federal University of Rio de Janeiro and has a degree in Women and Human Rights from the Law School at the University of Chile.
Keywords: worker's rights, education, NGO, law, abortion, domestic violence
Media: Transcript (English, Portuguese), Video, YouTube Video, Name Pronunciation Audio 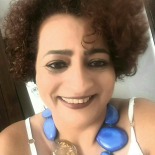 Maria de Fátima Lima Santos, born in 1974, grew up in Aracaju in the northeast of Brazil. She is an anthropologist and an associate professor at the Federal University of Rio de Janeiro where she teaches courses related to gender, health and community. Her scholarly and activist focus is on health care and understandings of health for the LGBT community.
Keywords: LGBTQ, academia
Media: Transcript (English, Portuguese), Video, YouTube Video, Name Pronunciation Audio 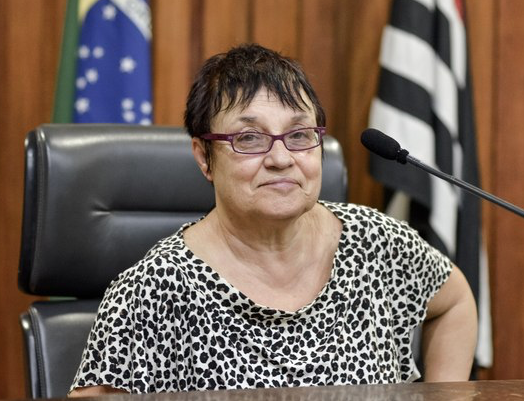 Maria Amélia de Almeida Teles, born in 1944, is a founding member of the União de Mulheres de São Paulo (São Paulo Women’s Union), a feminist NGO that focuses on the fight against domestic violence and on women’s empowerment and legal rights. A former member of the Communist Party of Brazil and, in the 1970s, a victim of torture by the military government that ruled Brazil from 1964-1985, Teles frequently lectures on feminism and human rights and has published widely on the history of feminism and women’s human rights in Brazil.
Keywords:
Media: Transcript (English, Portuguese), Video, Name Pronunciation Audio 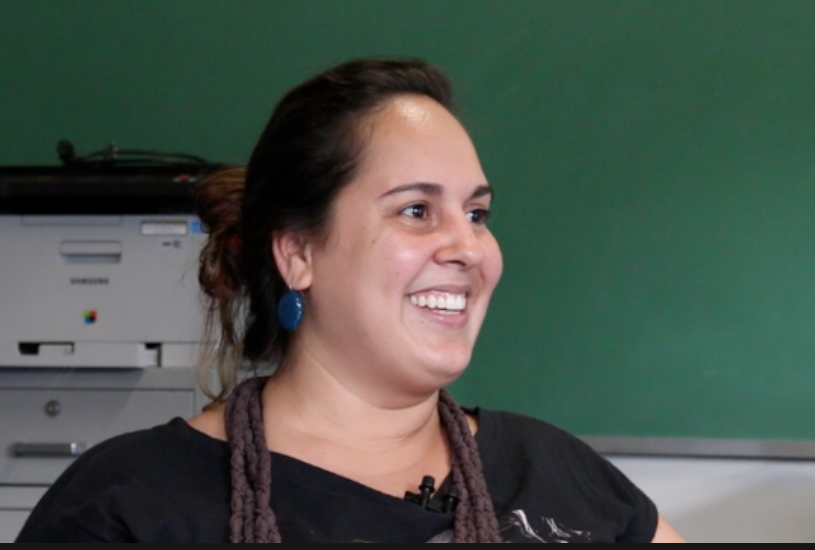 Nataraj Trinta, born in 1983 in Rio de Janeiro, is a graffiti artist and teaches graffiti workshops to women in low-income communities in Rio de Janeiro as a means to discuss violence against women. In 2010, with other artists and feminists, she helped to create the Feminist Urban Art Network (Rede NAMI), which promotes women’s rights and works to end violence against women through art.
Keywords:
Media: Transcript (English, Portuguese),Video, Name Pronunciation Audio 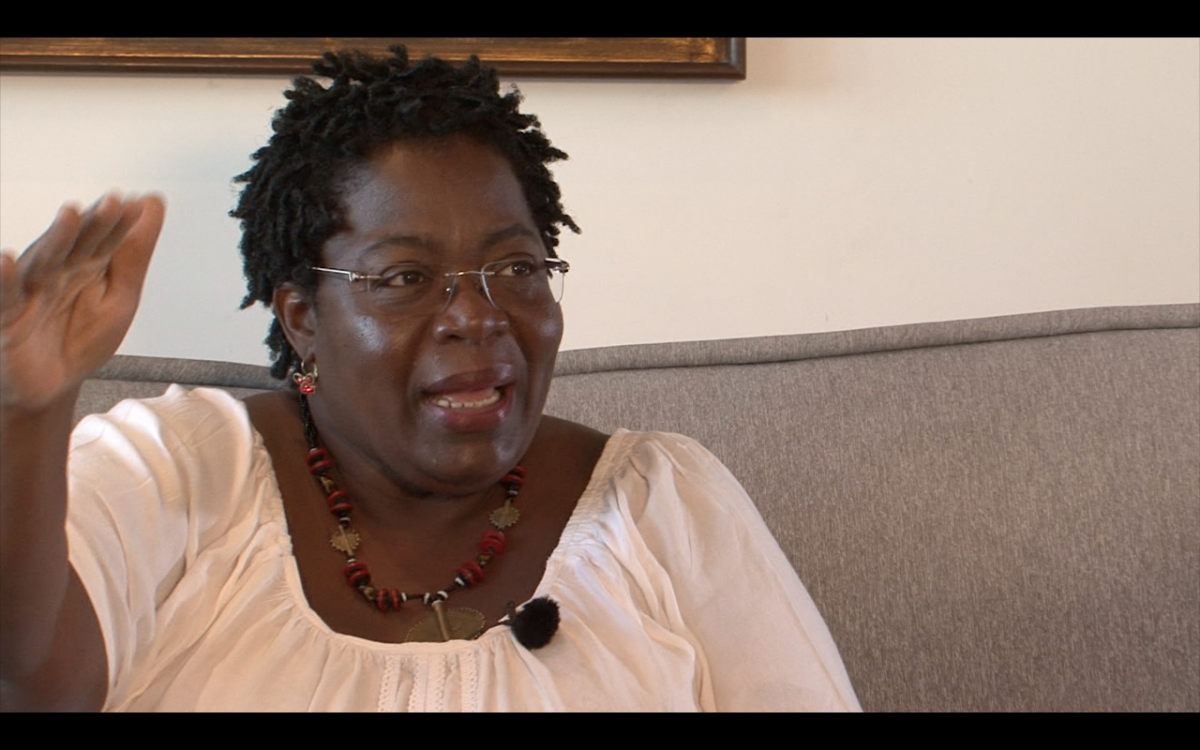 Elizabeth Viana (interviewed with Giovana Xavier) was born in 1954 in Rio de Janeiro and is a sociologist. She helped found the Group Lima Barret and actively participated in the democratization process of the country. She has been involved with the Nzinga Collective of Women, the Unified Black Movement (MNU), and the Black Action of Nilópolis. She has been the Legislative Assistant at the Municipal Chamber of Rio de Janeiro for 35 years.
Keywords: community activism, racial identity, academic activism, reform of domestic/family roles
Media: Transcript (English, Portuguese), Video, YouTube Video, Name Pronunciation Audio 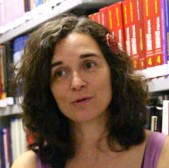 Shirley Villela, born in Rio de Janeiro in 1964, began her professional work in gender issues while living for three years in the USA, volunteering at the International Gender and Trade Network. Since 2012, she has been the Coordinator of the Maré de Sabores project, a vocational training project for women in Rio.
Keywords: community development, continuing education, poverty
Media: Transcript (English, Portuguese), Video, YouTube Video, Name Pronunciation Audio 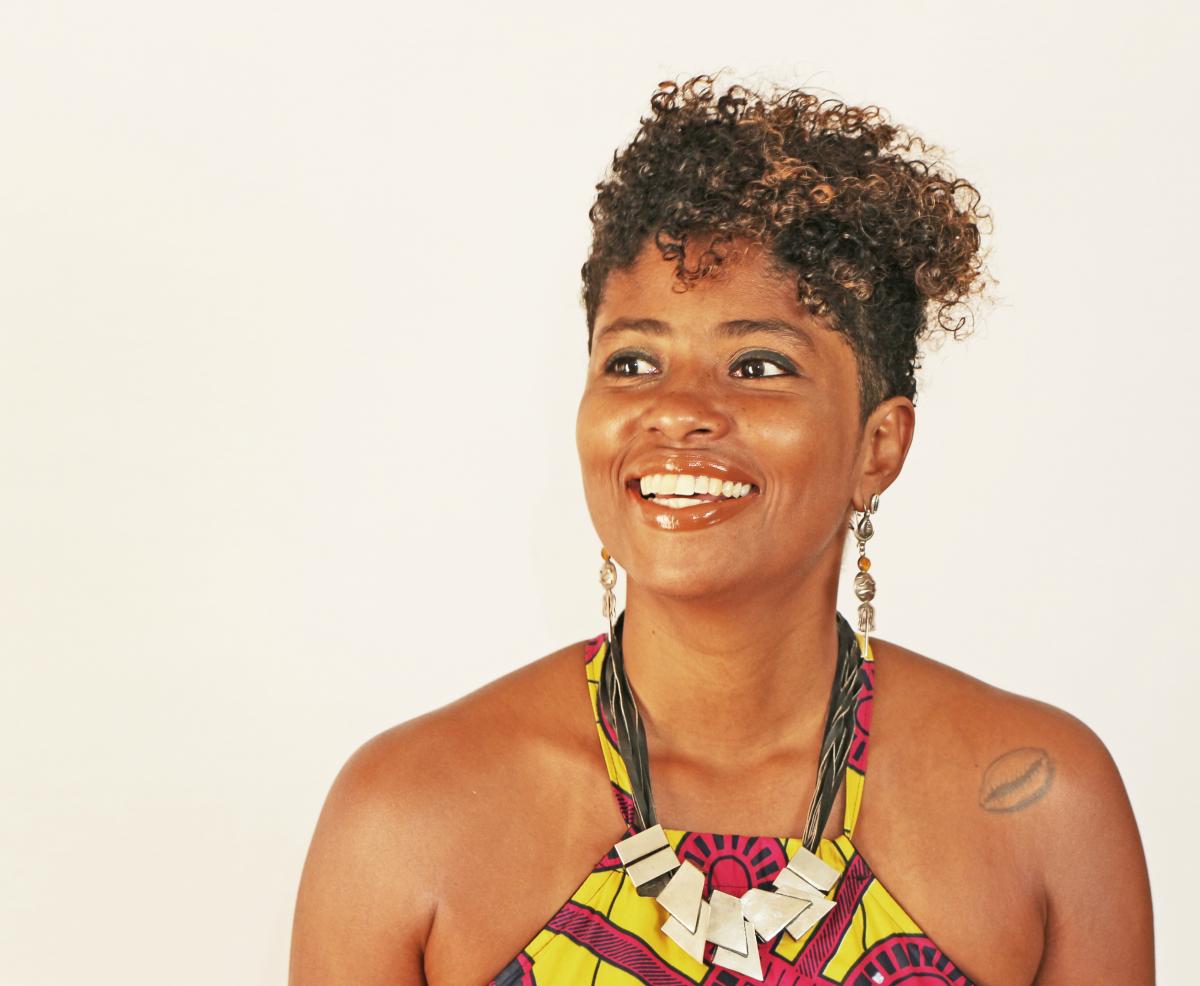 Giovana Xavier (interviewed with Elizabeth Viana) was born in 1979 in Irajá. She is a professor of History at The Federal University of Rio de Janeiro. As a black intersectional feminist, Giovana situates her activism in the academy, especially through her work with black students at the university. At the last contact, she was involved in the project “Black Professors in the First Person: History Teaching and Activist Research.”
Keywords: community activism, racial identity, academic activism, academia and women's studies
Media: Transcript (English, Portuguese), Video, YouTube Video, Name Pronunciation Audio