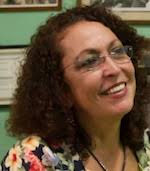 Mónica Baltodano, born in 1954, began her activism with the Sandinistas as a student and continued her efforts through underground mobilization, surviving imprisonment and torture. She was awarded the title of Commander Guerrilla for her service, and has held a number of political offices including Vice Minister of the Presidency and Minister of Regional Affairs. Upon leaving the FSLN in 2005, Ms. Baltodano helped to found the Movement to Reclaim Sandinismo (known as El Rescate).
Keywords: education, gender-based violence, imprisonment, military, politics, law
Media: Transcripts (English, Spanish), Video (English, Spanish), Bibliography, English YouTube Video, Name Pronunciation Audio 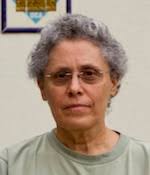 Dora María Téllez, born in 1955, is a historian and well-known icon of the Sandinista Revolution. At age 22, she was third in command during the Sandinista takeover of the National Palace. She became Vice President of the Council of State, Political Chief of Managua, and Minister of Health. After leaving the FSLN, she founded the Sandinista Renovation Movement (MRS) in 1995. She was appointed at the Harvard Divinity School but was unable to obtain an entry visa to the USA because the PATRIOT Act classified her as a terrorist.
Keywords: military, politics, law
Media: Transcript (English, Spanish), Video (English, Spanish), Bibliography, English YouTube Video, Name Pronunciation Audio