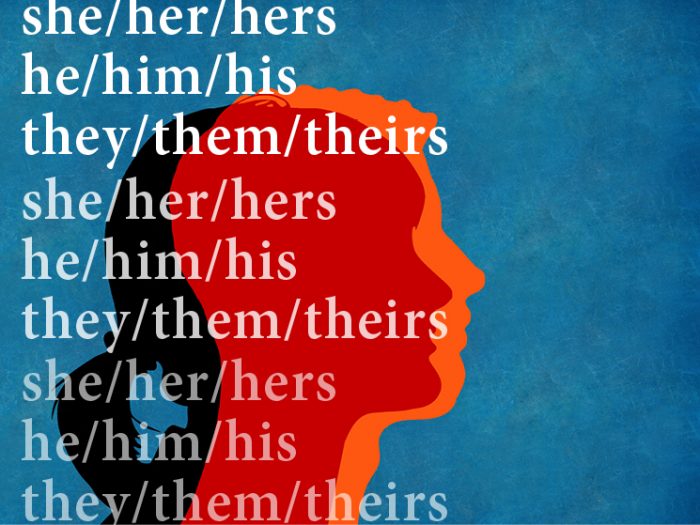 Over the past few years, “culture wars” have been ignited across the country. Activists from all points of the political spectrum, even the President of the United States himself, are turning to beloved cultural objects to stake a claim for their differing beliefs in a politically fraught moment.

What is at stake in the ways we understand culture and cultural conflict? High Stakes Culture, a series presented by the Institute for the Humanities and the Humanities Collaboratory, brings humanities perspectives to bear on current debates.

The Power of the Pronoun: The current debate over gender-neutral pronouns plays out on college campuses, on social media, and in offices across the country. Why are we thinking about pronouns in new ways? What are the politics and the history of the pronoun? And what do the conversations we are having about them reveal about American culture in this moment?

Come talk to humanities scholars–including Angela Dillard (Richard A. Meisler Collegiate Professor of Afroamerican and African Studies), Scott Larson (Lecturer in American Culture), and Robin Queen (Arthur F. Thurnau Professor of Germanic Languages and Literatures and Chair, Department of Linguistics), among others–who work on questions like these and others you might have about the power of the pronoun.