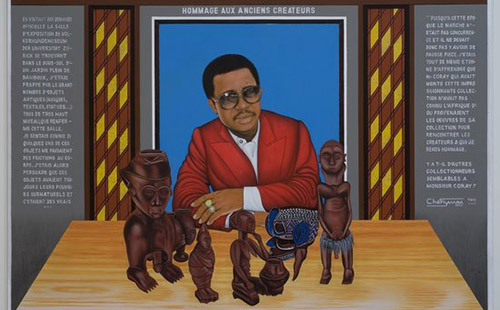 “Making African Art”: From African Independence and the Peace Corps to Civil Rights and the Cold War

Artists have been making art in Africa since before the beginning of recorded time, yet the study of African art originated as an independent, academic discipline only in the 1960s, and in the United States. This project asks the fundamental question: why? Why did this field emerge at this particularly fertile and tumultuous moment in modern history? “Making African Art” explores the social and political milieu out of which the field of African art evolved, including the election of John F. Kennedy, the Cold War, the founding of the Peace Corps, African Independence and the Civil Rights Movement. It focuses on three strands of scholarly production about African art that have not been recognized in conventional histories of the field: the influence of the then newly-founded Peace Corps on numerous scholars, curators and collectors of African art in the US; the under recognized contributions of scholars working at Historically Black Colleges and Universities; and the cultural agendas of newly independent nations on the African continent. By exploring the importance of these three sites of knowledge production, this project seeks to complicate and enrich understandings about the rise of a canonical art history, representing the first substantive critical study of the social and political dynamics that established how African art is collected, exhibited and studied. This project, a deep partnership with the University of Michigan Museum of Art, will produce both a scholarly monograph and a traveling exhibition.