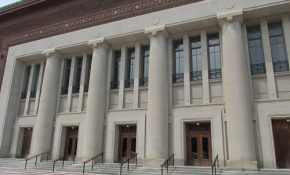 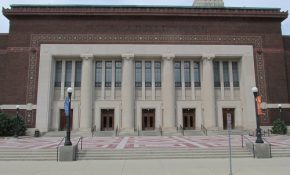 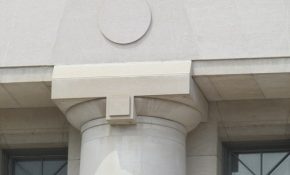 Albert Kahn is widely known as the architect of enormous factories that perfected the idea of the assembly line. His designs for such buildings can be found all over the world – from Detroit to Moscow. Yet his own architecture was certainly not a commercial production in a single mode, pulling as it often did from several different architectural dialects in a pragmatic manner to help usher in the age of modern architecture. That the buildings which Kahn constructed for the University of Michigan have such a variety of form is a testament to his ingenuity and imagination. While much attention was paid by Kahn to interior of Hill Auditorium (which he designed to have near perfect acoustics in his own personal quest to design buildings whose architecture was functional yet memorable), the facade of the building is perhaps no less impressive with its four gigantic limestone Doric-like columns surround by a shell of brick with a terra cotta awning above.