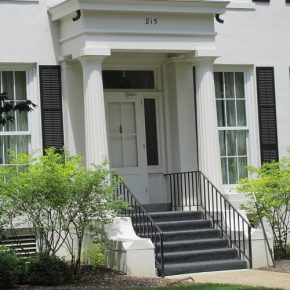 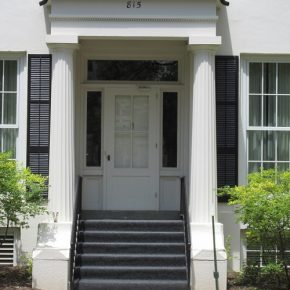 It is no coincidence that the oldest building on campus has a neoclassical porch. The President’s House was constructed in 1837 to house faculty when the University of Michigan moved its campus from Detroit to Ann Arbor and later became the residence of the university’s president in 1852. The main entrance of the house has a porch with a pair of fluted Doric columns that give a distinguished aura to the building – as much today as they did nearly two centuries ago when it was first constructed.