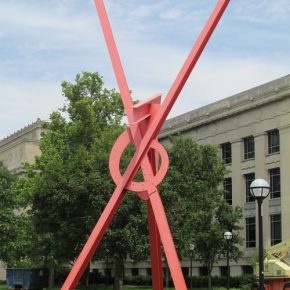 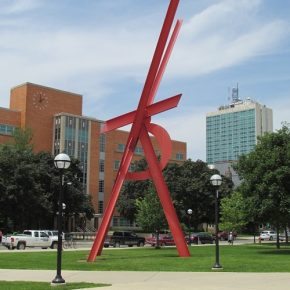 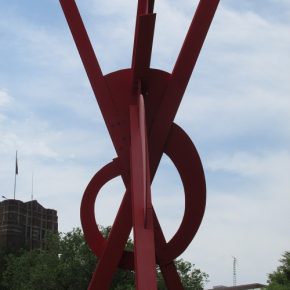 Orion was a legendary hunter in Greek mythology who became a constellation upon his death (a process known as catasterism). Along the path between the Michigan Union and Angell Hall stands a giant, painted steel sculpture bearing the name of this mythical hero. There are many versions of this hero’s particular journey on his way to the stars (as found in Homer, Hesiod, and several later Hellenistic scholars). And like the hero, this sculpture is not one that can be seen from just one angle; in fact, it was meant to be seen from a variety of different vantage points – at least according to the sculptor, Mark di Suvero, who has claimed that his works are really “paintings in three dimensions.” Although the sculpture seems to imitate the figure of the constellation, this Orion has no club or sword. That does not make him any less imposing, especially in the winter months, when the bright red paint creates a striking contrast with the snow-covered landscape of Ann Arbor.