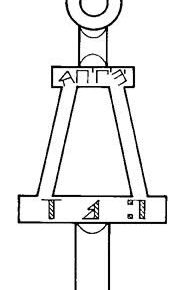 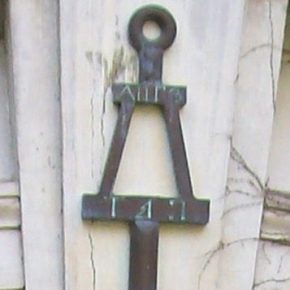 As one approaches the end of the Diag and walks underneath West Hall through the Engineering Arch, one might notice an odd symbol. Some sort of measuring device perhaps? Maybe a representation of a mysterious tool of some sort? There are some clues fortunately. On the bottom, there are three Ancient Greek letters, which indicate that this seemingly bizarre addition to the Arch was put up there by the Tau Beta Pi engineering society, probably over a century ago. However, the top letters and their meanings are impossible to decipher — apparently only revealed to the initiated of the society. Regardless of their meaning, they are consciously in an archaic style that once again connects the university and its campus to the classical past.